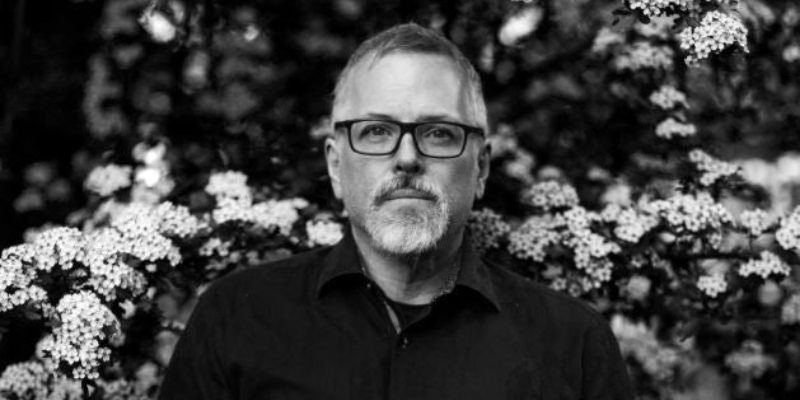 Armadillos Don’t Have Fangs: Jeff VanderMeer on Our Dangerous Disconnect from Nature

*
In this episode, Jordan talks with Jeff VanderMeer (Hummingbird Salamander) about the process of re-wilding his backyard, his initial obsession with uprooting air potatoes, learning to see more of the natural world, and where his fiction is headed next.

Jordan Kisner: Often in your books, you grapple with the many things that are around human beings that they choose not to see, or can’t see—whether that’s history, whether that’s parts of the landscape, whether that’s pieces of the disappearing world. There’s that beautiful moment in Hummingbird Salamander where Jane talks about everything that it would be too difficult to see, how much energy is spent in not seeing. And I’m wondering if that is a theme in your work because that is an impulse you yourself struggle with, or if you’re writing outward to the rest of us who are not seeing.

Jeff VanderMeer: I feel very guilty about the fact that until recently there was a lot of stuff I didn’t see. As a writer, you’re supposed to try to see things that have been rendered invisible and make them visible on the page. I think that’s part of what the job of a writer is, is questioning foundational assumptions about the way we live. And I always thought writers should be doing that. And so, it’s partly my guilt about the fact that until just a few years ago, I would be driving through any neighborhood here in town and not realize that I was driving sometimes through wildlife wastelands. Things would look verdant and lawns would look spotless, and basically it’s a sterile landscape.

Just to give one example, I can drive to an adjacent neighborhood and sure, there are great live oaks and everything, but I can tell now exactly where someone has used herbicide. I can tell when there’s been a pesticide application on a lawn even if there’s no sign. I know the exact provenance of all the non-native plants and how useless they are, sometimes even hazardous to wildlife. So it really changes how you even see greenery. And sometimes it’s a good thing; sometimes you’re like, “Oh, this person really knows what they’re doing.” And I still don’t know everything I’m doing. But it comes out of a lack on my part and a trying to make up for it less than lecturing other people.

In Hummingbird Salamander, I thought it’d be interesting to have this juxtaposition of this ecoterrorist Silvina, who does have this wider awareness that then is hampered by the fact that she comes from this billionaire background. And then Jane, who has no environmental leanings at all when the novel starts and gets to a very basic place of understanding and empathy. Which is all very understandable because the world itself is very antithetical to what I would call this wider truth. You Google any common urban animal and you get a pest control company telling you that you need to kill it or trap it. That’s what Google does as an algorithm; the first five things that come up are all going to be about how if “you hear a flying squirrel in the night, you’ve gotta kill it.” I mean, it’s not funny, but it is absurd.

It’s the most ridiculous overkill in terms of advertising you could see, and the world does that to us. And so we’re trained that this stuff is bad, that nature is bad, that if you see a raccoon during the day, it’s automatically rabid, as opposed to probably just getting extra food for its kids. I had one neighbor tell me that an armadillo had bared its fangs with him. Ok, well, number one: they don’t have fangs. The world that we created, there’s all this propaganda out there. And part of that is to protect us, in a sense, in a very cruel way, from all the damage we’re doing. If we think that we’re not doing any damage, if we think that clear-cutting 200 acres here in town isn’t killing any wildlife, then it isn’t.

Jeff VanderMeer is the author of Hummingbird Salamander, Dead Astronauts, Borne, The Ambergris Trilogy, and The Southern Reach Trilogy, the first volume of which, Annihilation, won the Nebula Award and the Shirley Jackson Award and was adapted into a movie by Alex Garland starring Natalie Portman. VanderMeer speaks and writes frequently about issues relating to climate change. He grew up in the Fiji Islands and now lives in Tallahassee, Florida, with his wife, Ann VanderMeer, and their cats, plants, and bird feeders.

“We don’t want charity. We want jobs!” At the Intersection of the Labor and Disability Rights Movements 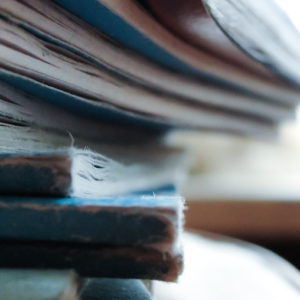 A Note on the Text “I think I’ve got about three-quarters of a new book ready,” Les Murray told me and my wife, Margaret...
© LitHub
Back to top