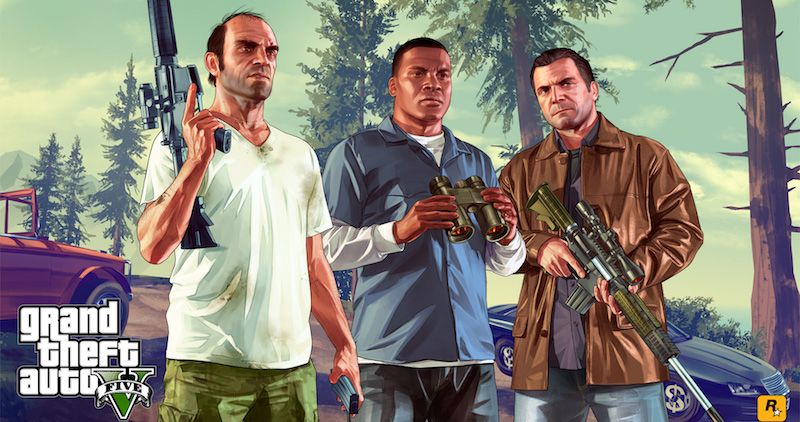 Thou hast most traitorously corrupted the youth of the realm.

Violent video games teach kids to kill using the same mechanisms of classical conditioning, operant conditioning, and social learning employed to train soldiers. The major psychological differentiator between a soldier’s training and a video game player’s training is that soldiers are taught to kill while simultaneously being taught strict discipline. This safeguard operates as a secondary safety catch that prevents soldiers from unlawful or unauthorized killing.

In the late 1990s, I was called as an expert witness and consultant in the Timothy McVeigh Oklahoma City bombing case. The defense lawyers contacted me first, explaining that they wanted me to tell the jury how McVeigh’s military experience and his Gulf War training had turned him into a killer. I refused. Since I was on active duty at the time, the lawyers were able to commission a court order signed by the judge that required me to serve as an expert witness as a part of my duty to the army. But in the end it didn’t matter. The defense lawyers did not have the facts on their side. I told them that the reason I would not serve as their expert witness was because they were wrong about McVeigh’s military experience. The returning veteran is less likely to use his skills inappropriately than a nonveteran of the same age and sex. The attorneys continued to push, and then told me something that I found to be very interesting: “You don’t usually admit this as a defense attorney, but we know that our client is guilty and our primary concern is to prevent the death penalty. Timothy McVeigh might die if you don’t help with his defense.” Again, I said no— with a clear conscience.

Six months later the prosecution learned of the defense counsel’s plans and secured me on standby as an expert witness. I showed them Bureau of Justice Statistics’ data demonstrating that our returning veterans from World War I, World War II, Korea, Vietnam, and the Gulf War were less likely to be incarcerated than nonveterans of the same age and sex. The same is true today of our veterans of the wars in Iraq and Afghanistan. These soldiers put the leadership, logistics, and maintenance skills they learned in the military to good use in the civilian world, and they give up their deadlier skills as soon as they return home.

Over the course of several millennia, combat has forced the military to evolve mechanisms to enable killing. Any nation that does not stay abreast of this evolution will be defeated and conquered. The military has learned how to put safeguards on the returning warrior to ensure that he or she is not a threat at home. After all, any nation that does not do so might also face

internal defeat and conquest at the hands of its own soldiers. In each of the last century’s wars, we gave hundreds of thousands of troops weeks, months, and years of training on how to kill. Then we sent them to distant lands to fight for us, sometimes for years on end, and when they came home they were less likely to use their deadly skills than nonveterans of the same age and sex. The finest killers who ever walked the face of this earth were the soldiers who came home from these major wars, and yet they were less likely to use those skills than nonveterans. The reason is clear: Combined with learning to kill, they acquired a warrior discipline—and that is the safeguard in a soldier’s life.

Discipline marks the difference between the sheepdog and the wolf. The military does not dress young troops in uniforms, shave their heads, and make them march just for fun. It does these things because if the young warriors cannot submit their will to authority in inconsequential matters such as the way they dress and how they wear their hair, then we cannot trust these soldiers to submit their will in the more important matters, such as employing deadly force

only when a situation calls for it, no matter how intense the provocation. At least while the trainee is in a police academy or in military basic training, there is a need for discipline and submission to authority as one of the safeguards against needless violence.

Say you are a law enforcement officer or a soldier, and you go to a firing range and shoot at the wrong time or point your weapon in the wrong direction. What do you think would happen? A world of hurt would come down upon your head. The idea of shooting in the wrong direction or at the wrong time is beyond the comprehension of trained warriors. It is the discipline by which the warrior lives. In addition to the midbrain safety catch, this is the secondary safeguard—and it is what is lacking in the violent media training our children receive every time they pick up the video game controller.

If we convince our young children that violence is good and necessary, but we do not teach them discipline, we create a generation of killers—a generation of homegrown sociopaths.

From the 1950s to the early 2000s, there was a fivefold increase in per capita violent crime in America, Norway, and Greece, and a fourfold increase in Canada, Australia, and New Zealand. Violent crime tripled in Sweden, Austria, and France, and it doubled in eight other European nations during that time frame.

What was the one new variable in the equation? Violent video games and other visual media.

Until children are six or seven years old, they have difficulty differentiating between fantasy and reality. That is why we do not use them as witnesses in court. We do not send people to prison on the word of a five-year-old because kids at that age are so malleable and suggestible that their testimony is deemed unreliable. Equally, when children between two and six years of age see someone on television getting shot, stabbed, brutalized, degraded, or murdered, those images are real to them—as real as anything else in their young lives.

Wise men understood this more than 2,000 years ago. In The Republic, Plato wrote:

And the beginning, as you know, is always the most important part, especially in dealing with anything young and tender. That is the time when the character is being molded and easily takes any impress one may wish to stamp on it.

. . . Then shall we simply allow our children to listen to any stories that anyone happens to make up, and so receive into their minds ideas often the very opposite of those we shall think they ought to have when they are grown up?

It seems, then, our first business will be to supervise the making of fables and legends, rejecting all which are unsatisfactory; and we shall induce nurses and mothers to tell their children only those which we have approved, and to think more of molding their souls with these stories. . . .

A child cannot distinguish the allegorical sense from the literal, and the ideas he takes in at that age are likely to become indelibly fixed; hence the great importance of seeing that the first stories he hears shall be designed to produce the best possible effect on his character.

Postal III is an example of the kinds of stories that video games provide for our children. Here’s another example, this time stemming from one of the most successful video game franchises in history: Grand Theft Auto. In these games you play a criminal. You cannot be a “good guy,” since the premise is criminal behavior. These games are computer-generated, so you can play them for hundreds of hours without repeating yourself. If you steal enough stuff, if you sell enough drugs, and if you kill enough cops, then you will make a lot of money. If the cops, rival gangs, or your own stunts injure you as a part of your criminal simulation, your “health” rating will start to suffer. To improve your health score (ironically), you buy sex from a prostitute. Afterward, you can murder the woman you just had sex with to get your money back. Screaming obscenities, in state-of-the-art graphic detail, you can beat

to death the woman you just had sex with to save a few bucks. Grand Theft Auto V was released in September 2013 and immediately broke six world records for video game sales,3 making more money than the entire global music industry.

Remember, it’s you doing these things in these games. You see your virtual hands, you see the gas can, and you see your victims as you pour gasoline on them. Then, as your victims beg for mercy, you drop the match.

Think of violent video games as a boot camp for kids—their own basic training. As they sit before the console, hour after hour, enabled by ever-advancing technology to remain plugged in to digital media, they learn that violence is good and violence is necessary. They see it, they experience it— and they believe it. If it troubles you that our young soldiers have to go through a process of conditioning to learn to kill, it should be infinitely more troubling that we are doing the same thing indiscriminately to our children without the safeguards of discipline. Perhaps this is why children who spend a large proportion of their time watching TV lack social skills, achieve lower grades in school, are easily seduced by advertising, and are more susceptible to attention deficit disorder.

5 They are also more prone to developing feelings of inadequacy.

Police officers see horrible things every day: car accidents, gunshot victims, suicides, fights, violent death, and suffering. Soldiers in combat see unconscionable acts of inhumanity. Would you want your young child to see the same? What children see in the media is real to them, and by watching all the blood, gore, and carnage they learn that the world works in brutal and violent ways. We should no more share our favorite violent video games with our kids than we should share cigarettes, alcohol, or sex with them. They simply aren’t ready.

What we must understand is that all the factors outlined in previous chapters add up to a toxic mental cocktail. Every time someone commits a massacre, we are aghast, unable to comprehend how it could have happened. Does knowing the effects of media violence make these unthinkably violent acts more understandable? From the Sandy Hook school massacre to the Aurora, Colorado, theater massacre to a pilot in Germany who committed suicide and took the whole plane down with him, whatever current, unthinkable, horrific act has occurred as you read this, massacres have taken root in human minds—minds warped by the media they consume and the video games they play. 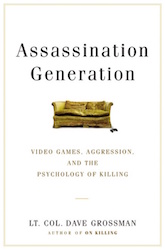 From Assassination Generation: Video Games, Aggression, and the Psychology of Killing. Used with permission of Little, Brown and Company. Copyright © by Lt. Col. Dave Grossman and Kristine Paulsen.

Lt. Col. Dave Grossman, U.S. Army (Ret.), is an internationally recognized scholar, writer, soldier, and speaker. He is one of the world’s foremost experts in the field of human aggression, the roots of violence, and violent crime. A former West Point psychology professor, he is the director of the Warrior Science Group. His books include On Killing, On Combat, Stop Teaching Our Kids to Kill, and, most recently, Assassination Generation, which he co-wrote with Kristine Paulsen and Katie Miserany.

In the Country of the Blind 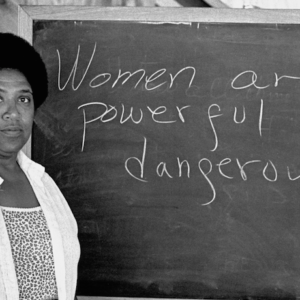