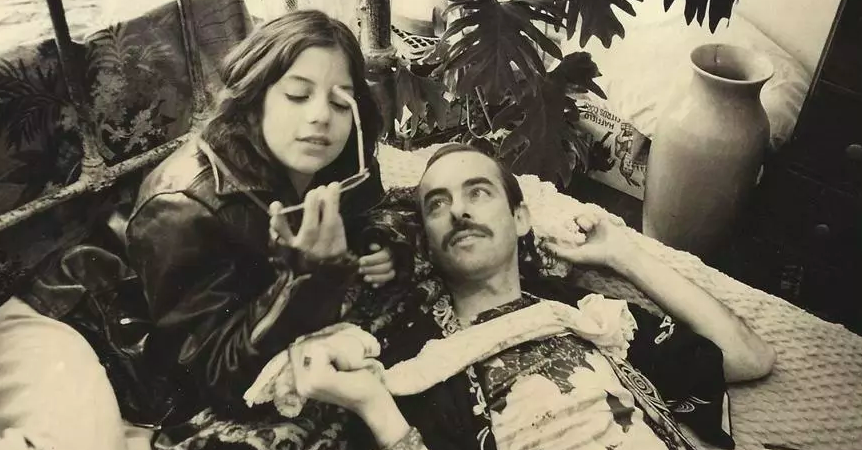 Are Children of Queer Families More Than Allies?

My 11-year-old daughter Annabel and I were stuck in rush hour traffic driving from our home in Cambridge to an event in Brookline when Lou Reed’s Walk on the Wild Side started playing on the radio. Sitting in the front seat, with Annabel in the back, I cursed the quality of Boston driving under my breath then got lost in Lou Reed’s verses to Walk on the Wild Side, a song which I’d long ago learned by heart:

Holly came from out on the Island
In the back room, she was every body’s darling

I didn’t think Annabel was listening from the backseat until she asked:

“’The one who shaved her legs, then he was a she,’ Does that mean she’s transgendered?”

“Transgender,” I corrected her. “Someone can be transgender. They aren’t transgendered… Back when this song came out they didn’t really use words like ‘transgender’ yet. She might have been called a ‘transvestite’ or a ‘drag queen,’ or maybe a ‘transsexual.’” Annabel seemed content with my response and returned to her book.

In hindsight, I could have told her that Lou Reed’s Transformer album was among my dad’s favorites after it came out in 1972. Over the next few years he and our roommates played the record while they shaved their legs and all became “she.” I wasn’t yet in school at the time and to me, this was all just dress up, the stuff of play. With my mother dead after a car crash and no sisters to speak of, these were the only “shes” I knew and I didn’t think it strange.

“Surely in this world, where queer-identified couples are able to legally marry, and are raising children in ever greater numbers, we can find a richer, more considered term than ‘ally’ to describe their children.”

My dad had taken me to see John Waters’ Polyester in “Odorama” when it came to our San Francisco’s Castro Theater in 1981. I still remember the numbered stickers you were supposed to scratch and sniff whenever their corresponding number flashed on the screen, alternative releasing the smell of roses, glue, or dirty sneakers. I was 10 at the time and proudly took the strip of stickers to school the next day, trying to transform my inherent feeling of weirdness into something cool. Now that Annabel is 11, it seemed fitting to take her to see Waters in person. She’d seen and liked Hairspray, the movie. When else would she get the chance to meet the 71-year-old cult-filmmaker so beloved by the grandfather she never knew?

The way I see it I’m passing down to Annabel some of the queer culture my dad shared with me. Though Hairspray was a palatable mainstream hit, Waters has always championed those on the fringes of society—the fetishists, the weirdos, and the queer.

On an unspoken level I believe she gets it. She knows her grandfather was gay. She also knows he died of AIDS. It’ll be 25 years this December. And this knowledge gives Annabel a sense of connection with this community, a connection that seemed more important to her after she got into the TV show Glee and especially the show’s lead gay character, Kurt. She wrote Kurt a fan letter telling him all about her grandfather. When we went whale watching in Provincetown for Annabel’s last birthday she picked out a t-shirt in one of the tourist shops—a black t-shirt with a rainbow flag in the shape of America. Love Wins, it proclaimed. She wore it for her first day of fifth grade.

Just as I didn’t pick out the shirt or urged her to wear it, I’ve never felt the need to say, “Believe in these issues because they are important to me.” Nevertheless, Annabel’s drawn to them. The other week she said she observed a “day of silence” for gay rights at school. Annabel, who’s always the last to finish her meal because of her remarkable gift for the gab, spent an entire day communicating with teachers and friends using only a white board. (I still can’t believe it.) Recently she asked, “If you support women’s rights you are a ‘feminist.’ What are you called if you support gay rights?” I thought for a moment before remembering: “An ally.” She didn’t seem very satisfied with my answer.

I’m not satisfied either. Though I was raised in a gay household, I live in a straight marriage. Technically I’m an ally of the LGBT community. But I’ve always felt and continue to feel like something more. I grew up identifying as a member of the community. If my dad hadn’t died would I still be part of a “queer family?” Could I be queer “by relation” or a “queer descendent?” Is my queerness purely defined by who I go to bed with or is there something more there? My mother and father were Jewish and Irish-Catholic respectively but I feel less connection to these identities than I do with my queer heritage. If an Irish American can proudly wave a flag at the St. Patrick’s Day parade, might I not wave my freak flag at gay pride?

When Lou Reed’s Transformer was released in 1972, homosexuality was still classified as a mental disorder in the Diagnostic and Statistical Mental Disorders (DSM). Most language publicly used to refer to gay men and women was clinical or derogatory and diminishing. When critic Nick Tosches reviewed Transformer in Rolling Stone, he dismissed most of the album as “artsy fartsy homo stuff.” In that era, there were few ways to describe the characters Reed sang about in Walk on the Wild Side. But today, if you’re someone whose identity and/or gender expression falls outside the categories of “man” and “woman” you can be transgender, two spirit, non-binary, genderqueer, androgynous, gender-fluid, bigender, gender non-conforming, or agender. Surely in this world, where queer-identified couples are able to legally marry, and are raising children in ever greater numbers, we can find a richer, more considered term than “ally” to describe their children.

Back in our car, I was anxious, sure that we’d be late to see the John Waters program but after a couple of wrong turns in Brookline we made our way to the theater just as his talk began. Annabel pulled out her notebook but took few notes. A lot of Waters’ patter was profane and much of it went over her head. But she could see that Waters was openly, flamboyantly gay, in his pencil mustache and tropical print suit, and delightfully subversive, harking back to a time when to be gay was to resign yourself to a life of perversity. “I’m lucky I’m Catholic,” he proclaimed, “Sex for me will always be dirty.”

After the program ended the theater emptied and everyone walked to the bookstore so that Waters could sign copies of his book, Make Trouble. The line snaked through the store but Annabel and I were determined to have our turn. She’d raised her hand for a question during the Q&A at the theater but because we were out of the moderator’s site line she was never called on. When at last we made our way to the table she had her chance, “Do you have any regrets?” she asked. Seventy-one-year-old John Waters, nicknamed the “Pope of Puke” for his transgressive films of the 1970s, looked into my 11-year-old daughter’s eyes and answered, “No, my mistakes have made me who I am.” Then he added, “If there’s anything I regret it’s the times I was unkind to people. You should always be kind to people.” It was just the thing I’d hoped her grandfather might tell her.

Alysia Abbott's work has appeared in Real Simple, Salon, and TheAtlantic.com. She is a graduate of the New School's MFA program and was a contributing producer at WNYC radio. She lives in Cambridge, Massachusetts, with her husband and two children. She is the author of Fairyland, A Memoir of My Father (Norton). 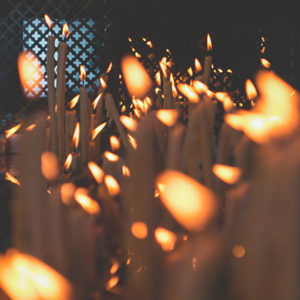 In 2010, when my daughter Zia was born, I decided that I needed to find God. I told myself that she would eventually ask me questions...
© LitHub
Back to top