What it Means To Be Chekhovian: Lively, Innovative, Experimental

I have been translating Anton Chekhov for over 20 years, bringing into English more than a hundred stories that are lesser-known, unknown, or untranslated. I have been asking myself throughout these two decades: What is Chekhovian? We hear of Chekhovian situations, Chekhovian despair, Chekhovian resolutions. There is Nabokov’s famous take on “Chekhovian” in his novel Pnin:

Ten years before, she had had a handsome heel for a lover who had jilted her for a little tramp, and later she had had a dragging, hopelessly complicated—Chekhovian rather than Dostoevskian—affair with a cripple, who was now married to his nurse, a cheap cutie.

But is Chekhovian really something “dragging and hopelessly complicated?” There is the deep and elusive quality of his plays, which so many directors throughout the world try to fathom every year, and there is also the complexity of the stories he wrote in the last years of his brief life—he died at the age of 44, in 1904—but there is much more to Chekhov’s work than that.

If we look at the whole range of what he wrote we would have to see the term “Chekhovian” in a different light. His writing career lasted for just over 20 years, from 1880 to 1903, and during these years he wrote over 700 novellas, short stories, and short shorts—most of them when he was in his 20s—the four great plays that have made him the father of the modern theater, and a number of comical one-acters. His motto was: “Write as much as you can! Write write write till your fingers break!” And that is what he did. Often the Moscow and Saint Petersburg weekly magazines, which had a readership throughout Russia, published more than one piece by him in each issue, and these pieces appeared under a whimsical series of pen names such as “A man without a spleen,” “Shampanski” (Mr. Champagne), and “Wrench-nut number 6.” Many of the great Chekhov scholars of the 20th

century held against him his hyper-productivity, his speed, and facility in writing, and the fanciful pen names. One of his biographers, the eminent Chekhov scholar Ronald Hingley, said about his early stories: “ They were written for money (but then, all Chekhov’s work was written for money) and published in various humorous magazines of the period. He felt obliged to maximize such earnings by churning out more and more ‘balderdash.'”

With this I have to disagree. None of the hundreds of early and little-known Chekhov stories I have seen are in any way “balderdash.”  Chekhov’s early work is innovative, lively, and exciting—it reads as being experimental before its time. Aside from stories that he was writing in a more traditional form, Chekhov’s young, experimental pen wrote stories in the form of census reports, statistical surveys, diary excerpts, stories in the form of lists of mathematical problems, lonely hearts advertisements, mini-plays—he even wrote a one-page love story in the form of a legal deposition, with a place in the upper left-hand corner of the page for a government stamp.

What I find particularly interesting about these early stories is that at first glance they could indeed be mistaken for humorous, nonsensical turns (or vignettes)—but there is often something ominous, something “Chekhovian,” going on just beneath the surface. In a story that is written in the form of a homework assignment by a school girl named Nadia, a flighty teenager (her schoolmaster’s name is Chekhonte—one of Chekhov’s pen names at the time), much of the comedy comes from Nadia’s faulty language and spelling mistakes and the cutting-and-pasting plagiarism she does in order to pad her essay. But if one reads between the lines, Nadia is living through ominous circumstances to which she is entirely oblivious. The piece is called “Nadia N.’s Vacation Homework”

How did you spend your vacation?

The instant I passed my examinations I left with mama, our furniture, and my brother Ioanni, a third-year lycée student, for our summer dacha. We were visited by: Katya Kuzevich, her mama, her papa, Zina, little Egor, Natasha, and many other friends of mine, who took walks with me and embroidered out of doors. We were a lot of men, but us maidens kept away,

and paid no attention to them whatsoever. I read many books, among them books by Meshchersky, Maikov, Dumas, Livanov, Turgenev, and Lomonosov. In our garden Nature was at its zenith, the young trees growing in rampant profusion, no axe having yet sought out their robust trunks, and the delicate foliage cast a breezy, all-engulfing shade over the reedy soft grasses speckled with the gilded tips of buttercups, an azure spray of bluebells, and crimson cloves. The sun went up in the morning and it set. Where it went up, there was a herd of birds flying. There was this shepherd who was shepherding his sheep, and there were some clouds floating under the sky. O how I do love nature!  My papa was jittery all summer long. The evil bank wanted to take possession of our house just like that, and mama never left papa’s side as she was afraid he would take his own life. I had a very good vacation because I studied science and comported myself very well. The end.

During this period, the early 1880s, Chekhov experimented extensively with forms, some of his pieces coming across as post-post modern. His story “Sarah Bernhard Comes To Town,” for instance, was written in the form of a disjointed flurry of crazed and feverish telegrams, letters, reviews, and snippets of conversations in reaction to the great Sarah Bernard descending upon Moscow (with eight tons of luggage) to perform

La Dame aux Camelias and Adrienne Lecouvreur at the Michailovsky and Bolshoi theaters.

It is hard to believe that much of what Chekhov was publishing during this time was written some 30 years before Dada and the other experimental movements of the early 20th century. His story “Dirty Tragedians and Leprous Playwrights” is written in the form of a short play and is set in the crater of an active volcano, one of the characters being “Tarnovsky: a playwright who is on nodding terms with devils, whales, and crocodiles; has a pulse of 225, and a temperature of 109.4,” another character being: “Charles XII: King of Sweden; has all the polish and charm of a Tatar longshoreman.”

The crater of a volcano. A blood-drenched desk at which the playwright Tarnovsky is sitting; instead of a head on his shoulders there is a skull. Sulfur is burning in his mouth, and from his nostrils sniggering little devils hop. He dips his pen—not into an inkpot, but into a cauldron of lava stirred by witches: a terrifying spectacle. Ants of the kind that scurry down one’s back fly through the air. Downstage, quivering sinews hang on glowing hooks. Thunder and lightning. […] Chaos, terror, fear … The rest is left to the viewer’s imagination.

This piece is in fact a wolf in sheep’s clothing. It was intended to be understood on two levels: It is a roman a clef

—or rather a play a clef—in which Chekhov’s savvy Muscovite or St. Petersburg readers would have recognized the people he was satirizing. Chekhov could hide behind his pen name—in this case “My brother’s brother”—and make fun of real-life figures without changing their names or characteristics. Readers in the know would have enjoyed Chekhov’s satiric jabs, while others could still enjoy the outlandish volcanic setting and comical dialogue.

During this period, the early 1880s, Chekhov was a full-time writer, a full-time medical student, a full-time man-about-town, and a consummate letter-writer (from which we know the many details of his daily life). There is a driven energy and inspiration in his work. Even the autopsy reports he was writing for his local police station as a young medical intern have a Chekhovian flair. In one of them he writes:

At eight o’clock that morning Efim had said he would go into town as he always did, but then at nine o’clock he was found dead in Osipov’s house, hanging by a sash in the latrine. The dead man was wearing his everyday clothes, one end of the sash wound around his neck, the other tied to a wooden beam that was some eight feet above the floor. Efim was probably drunk when he ended his life; when his skull, chest, and abdominal cavity were cut open there was a strong smell of alcohol.

Peter Constantine is a literary translator and editor specializing in nineteenth- and early twentieth-century Russian literature, as well as literary translation from German, Italian, Modern Greek, and other European languages. His recent translations, published by Random House (Modern Library), include The Essential Writings of Rousseau, The Essential Writings of Machiavelli, and works by Tolstoy, Gogol, and Voltaire. A Guggenheim Fellow, he was awarded the PEN Translation Prize for Six Early Stories by Thomas Mann, and the National Translation Award for The Undiscovered Chekhov. His translation of the complete works of Isaac Babel received the Koret Jewish Literature Award and a National Jewish Book Award citation. His forthcoming translations are Augustine’s Confessions (W.W. Norton) and Anton Chekhov’s Little Apples: New Stories (Seven Stories Press). 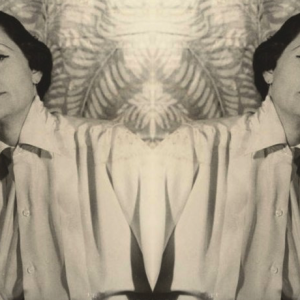 Anton Chekhov: a post-modernist way ahead of his time. | Literary Hub No one is writing the real West Virginia:...
© LitHub
Back to top