The only international literary peace prize awarded in the United States

The winners of the 2017 Dayton Literary Peace Prize, which seeks to celebrate books that “promote peace, social justice, and global understanding,” are The Veins of the Ocean by Patricia Engel (Grove Atlantic) for fiction and What Have We Done by David Wood (Little, Brown & Company) for nonfiction. The runners-up are Homegoing, by Yaa Gyasi (Knopf), and City of Thorns, by Ben Rawlence (Picador), for fiction and nonfiction, respectively. The winners will each receive a $10,000 honorarium; the runners-up will each receive $2,500.

“War and political turmoil come about when leaders lose their sense of right and wrong, but they can, in turn, impair the moral compasses of the individuals who, willingly or not, get caught up in such clashes,” Sharon Rab, founder and co-chair of the Dayton Literary Peace Prize Foundation, said in a statement. “Starting from two very different perspectives, Patricia Engel and David Wood remind us that to break the cycle of conflict on the global level, we must support and promote the healing process on a personal level.

On receiving the prize, Patricia Engel said: “Literature can show us what is best in mankind and cast an unforgiving light on the ways we fail ourselves and one another. That an award should recognize the power of the written word to foster human understanding and eradicate imposed and imagined borders in the world community is remarkably brave, and reminds us that as artists we are called through our work, above all things, to the pursuit of peace. I am deeply grateful and honored that my novel has been recognized in this way.”

For his part, David Wood said: “News of this award awakened in me powerful memories of the time I spent in Bosnia reporting on the atrocities of that war and on the incredible strength and perseverance of the families who endured those terrible years. And later, as I accompanied U.S. peacekeeping troops into Bosnia, documenting how the Dayton Peace Agreement was gradually transforming a fragile cease-fire into a structure enabling Bosnians and Serbs and Croats to begin the hard work of recovering their common humanity. That effort goes on, in Bosnia and globally, and I am immensely proud and grateful to be a small part of the peace-building work that the Dayton Literary Peace Prize honors.”

The winners and runners-up were selected by a panel of judges consisting of Gish Jen, Robin Hemley, Alan Taylor and Helen Thorpe. They will be celebrated at a ceremony hosted by Gilbert King in Dayton on November 5th. 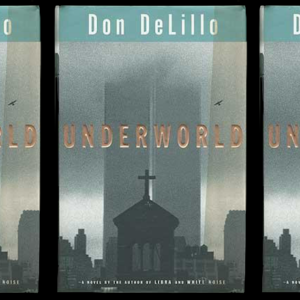 Announcing the winners of the Dayton Literary Peace Prize. | Literary Hub What two very different covers say about...
© LitHub
Back to top