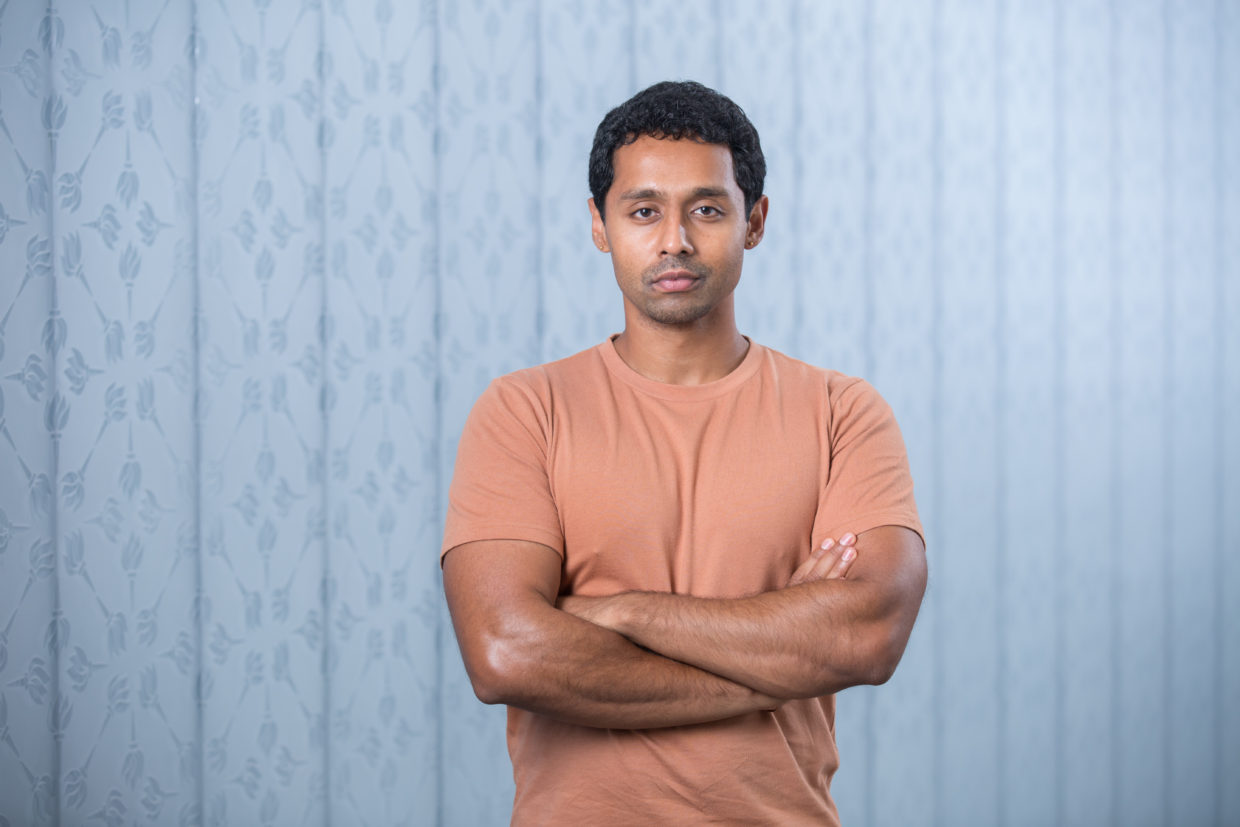 Restless Books is pleased to announce the inaugural winner of the Restless Books Prize for New Immigrant Writing, which each year will award $10,000 and publication to a first-time, first-generation American author. The 2016 prize goes to Deepak Unnikrishnan for his novel Temporary People, a book of linked stories about the migrant workers of the United Arab Emirates. Read on for the author’s introduction and an excerpt, and the judges’ citation. Temporary People, will be published by Restless Books in spring 2017

Deepak Unnikrishnan is a writer and taleteller from Abu Dhabi (and now, Chicago). He has lived on the East Coast and in the Midwest, reciting and mining his myths in Teaneck-Jersey, Brooklyn-New York, and Chicago’s North and South Sides. He has studied and taught at the School of the Art Institute of Chicago and presently teaches at New York University Abu Dhabi.

Deepak Unnikrishnan is an important new voice from a part of the world we desperately need to understand better. In giving substance and identity to the voiceless and faceless masses of guest workers in the United Arab Emirates, he not only calls attention to this very particular injustice, but also highlights the disturbing ways in which “progress” on a global scale is bound up with dehumanization.

Temporary People is a brave, stylistically inventive book that presents a frightening, surreal world that’s all too true to life. Told in three different parts—”Limbs,” “Tongue,” “Home”—the book presents a polyphony of overlapping voices and stories. Sharply etched and raw and mesmerizing in their style, the stories range from fable to something deeply intimate and personal. Deepak’s writing mixes the surreal and the hyperreal in a visceral, illuminating way that shows us these characters’ inner lives. This is a writer grappling not only with the plight of “temporary people,” but also with the realities of a new, unruly twenty-first-century global English. You could say that Deepak Unnikrishnan is Kafka meets Gogol, or Saunders meets Rushdie, or a Gulf cousin of Danilo Kiš and Bruno Schulz. Or you could simply call him a brilliant and fearless voice for a global generation.

In 2001, I began life in America as a migrant of fortune. I had left Abu Dhabi for the United States to attend college. I was twenty. For my parents, Indian migrants and temporary workers who lived in the UAE, my departure was inevitable. The UAE does not grant citizenship to its foreign labor force or their children. I fully expected the American Embassy to reject my student visa application because my father was broke. Yet at the embassy, I wasn’t interviewed. I was simply asked to return the following week to collect my passport. In Jersey, where I received my BA, I worked as a library assistant, resident assistant, gardener, and mover. In New York, I worked for a television station. And when I moved to Chicago by train, to pursue my MFA on scholarship at the Art Institute, I held three jobs to cover rent and food. After graduation, struggling to find steady income, almost out of status, I housesat and watched other people’s dogs, as I polished the manuscript for Temporary People, the reason I moved to the Midwest.

Temporary People is a work of fiction set in the UAE, where I was raised and where foreign nationals constitute over 80 percent of the population. It is a nation built by people who are eventually required to leave.

Fiction has barely addressed the so-called guest workers of the Gulf, their histories, myths, their struggles and triumphs. Beginning with three construction workers escaping labor camp, the twenty-eight stories in Temporary People, divided into three sections (Limbs. Tongue. Home) examine temporary residents like them and the homes they have left behind, and illuminates how temporary status affects psyches, families, memories, fables and language(s). The book employs an amalgamation of the English language tampered with by Malayalam slang, finessed in an Indian school on Emirati soil, and jazzed up thanks to American, Arabic and British television. The book also explores the mispronunciations and word appropriations that take place when a country’s main demographic are people from elsewhere. If Salman Rushdie’s work toys with the English language and George Saunders’s writing presents dark hyper-real satires, Temporary People, in 60,000 words, attempts to do both, and take the conversation a step further by presenting the Emirati street, face, and sounds.

Read an excerpt from Temporary People.

This excerpt was originally published in Guernica. Gulf Return In a labor camp, somewhere in the Persian Gulf,...
© LitHub
Back to top