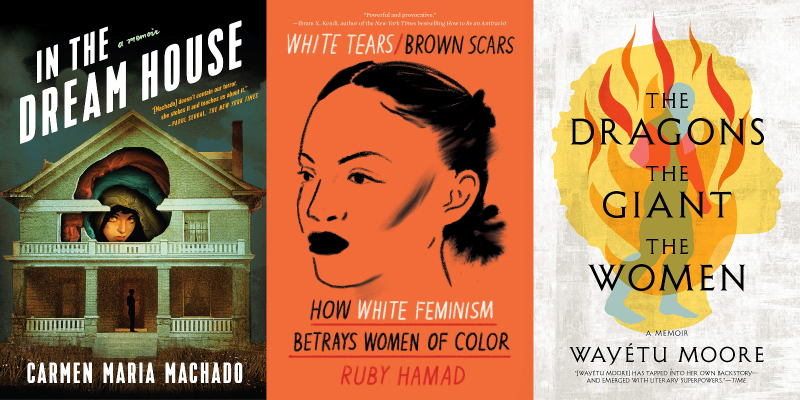 In this episode of Reading Women, the full team—Kendra, Jaclyn, Sachi, and Sumaiyya—is here to reveal the shortlist for the 2020 Reading Women Award in nonfiction.

On In the Dream House by Carmen Maria Machado:

Sachi: Personally, I’d never read a firsthand account of domestic abuse in a lesbian relationship. And I’m sure this book was really painful, probably, for Carmen Maria Machado to write. But it’s a very, very impressive piece of literature. I’m thankful that this book is out there and that we have the opportunity to read it because it is incredible. I just want to put this in the hands of so many people. If you love memoirs, especially if you’ve read a lot of memoirs and you want to read something that’s different and maybe experimental, this would be something that I would point to as something that is very unique and very engaging. And also, if you’re looking to get a better understanding of domestic violence in the queer community specifically, I think this would be a book that could be a resource for people.

Kendra: This book does so many things that whatever background you come from, you are going to find something in it. And I think that is the beauty of this book, is that it really points out and gives a voice to something that women of color have been experiencing for hundreds of years. But it also challenges white women to do better and abandon white feminism because it is so incredibly harmful.

On The Dragons, the Giant, the Women by Wayetu Moore

Jaclyn: This is a nonlinear memoir, and it is looking at her and her family’s experience leaving Liberia when civil war broke out, which happened when she was five years old. A lot of the memoir is written from that perspective, which is so well written and really transports you when you’re reading it. Then she also talks a lot about her and her family’s experience when they arrived in the US and growing up as a Black woman in Texas. The way that the memoir is connected—because it doesn’t run in a linear, chronological format—there’s a lot of her searching for what happened to her family when they were leaving Liberia, and particularly a person that helped the family leave the country. I thought this was a brilliant celebration of family strength.

On Conditional Citizens by Laila Lalami:

Sumaiyya: We see these small moments that she shares with us where she writes about raising her daughter and thinking about her daughter’s future in this country. And she also touches upon some of the defining moments in recent American history, which I thought was one of the most important aspects of this book. Through her intense research, we get to see how the current state of American politics was developed out of events in recent American history. It’s not happening out of nowhere, with the Trump administration, the things that we’re seeing, with the way that certain groups are being targeted and marginalized. It’s really timely and relevant to the current political moment in America.

Sachi: Every single essay, I think, could be a really in-depth discussion piece that could fuel a lot of book club discussions, or Asian American studies in colleges could use these essays to discuss different things. When something really resonates with you and makes you feel like you’re not alone, it really helps, and that’s how I felt when I read this book earlier this year. So I would really, really highly recommend it for readers who want to learn more about the Asian American experience or for Asian Americans like me who want to see themselves represented more on the page.

On The Undocumented Americans by Karla Cornejo Villavicencio:

Here are the bookies' odds for the 2020 Booker Prize. 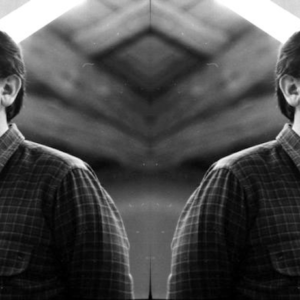 “The landscape of queer fiction is brilliant, shimmering, vast, a dream.” Talking to novelist Patty Yumi Cottrell. |...
© LitHub
Back to top