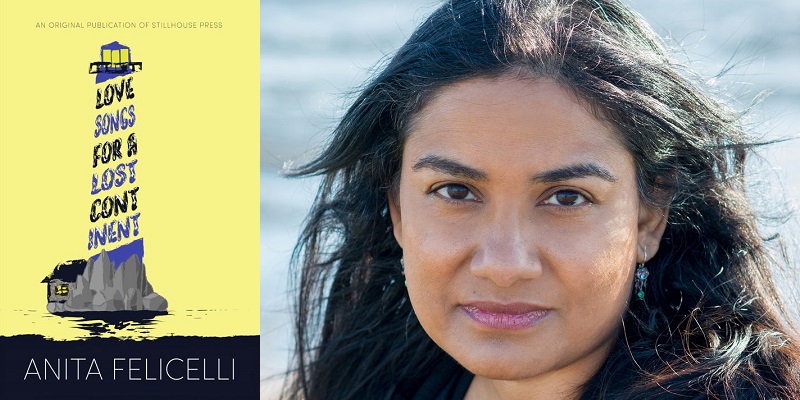 Via Otherppl With Brad Listi

This week, Brad Listi talks with Anita Felicelli about being an immigrant without a “shared vision,” having to draw her own literary map as a Tamil-American writer, and living and writing magical realism.

“Writing is maybe a way to come to terms with otherness, but with no real expectations that it’ll happen.”

Anita Felicelli: I should probably start by saying that I never have come to terms with otherness. For me, writing is maybe a way to come to terms with otherness, but I approach it with no real expectations that it’ll happen. For instance, my sister and I are really different, and that to me indicates that you can share an identity with someone and still be completely different. I share a strong sense of identity with my sister, but only because the names associated with our identities are the same. Our individual identities are very different.

Brad Listi: Did that feeling of otherness help you become a writer? I sometimes think that if you feel like you’re on the periphery, you’re more likely to observe things more closely and pay attention.

AF: I think so, yes. Being outside of things and not having a shared vision with most people around me made me want to write and articulate that vision, even if nobody agreed with me. [laughs]

BL: What do you mean when you mention a shared vision?

AF: Well, since you and I were just talking about Palo Alto (where I spent part of my childhood) and racism… most people there would say, “Oh, she’s totally wrong. There’s no racism here!” But of course my personal, lived experiences give me a different lens on that. They might have a shared vision, but I don’t share it with them.

“Folk tales, fairy tales, and myth bled into my consciousness, and I’m not sure I could get rid of them even if I wanted to.”

BL: As you got a little older, were there books or music that spoke to you or gave you a kind of map for how to make sense of the world?

AF: I was a huge reader, like many writers are, so I can’t even articulate all of the books that influenced me. I had wanted to be a writer since I was five, and I was really into music too but there was no map for me. I’m so envious of writers who know that there’s a writer they want to be like, because I didn’t have that. I just knew that I wanted to carve out my own space.

BL: It’s like you had to draw your own map.

BL: I’ve noticed that you use a lot of magical realism in your work, which I’m sure can be freeing for a writer. Certain writers go for a more K-Mart sort of realism, but I’m always interested in people who, from the perspective of imagination, are able to go to those places and are drawn to it. What else draws you to magical realism and making sure you have a wide stylistic range in your writing?

AF: It probably has to do with the fact that folk tales, fairy tales, and myth were such a huge part of my childhood reading that they bled into my consciousness. I’m not sure if I could get rid of them even if I wanted to. Like, I’ll walk around and see similarities between something in real life and something in a fairy tale. I studied folklore in college, but I think it was more the fact that I read a lot of folk tales and fairy tales as a child that impacted my perception of things. I live in a little bit of a weird space, where I see things in my normal life in a magical realist sort of way. 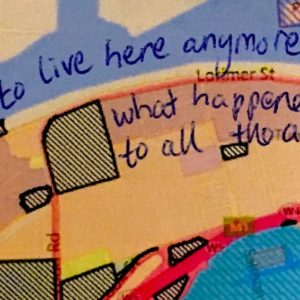 This essay originally appears in issue 40 of The Lifted Brow, a special edition “created entirely and independently by a First...
© LitHub
Back to top
Loading Comments...