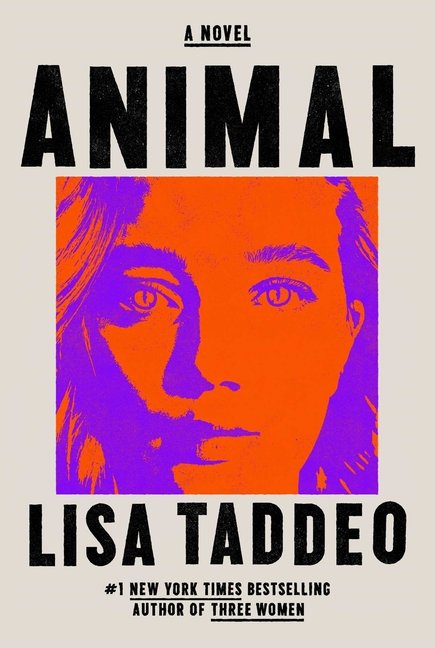 The following is excerpted from Lisa Taddeo's latest novel, Animal, about female rage at its rawest and an exploration of the fallout from a male-dominated society. Taddeo is the author of Three Women. She has contributed to The New York Times, New York, Esquire, Elle, Glamour, and many other publications. Her short stories have won two Pushcart Prizes, and she lives with her husband and daughter in New England.

I drove myself out of New York City where a man shot himself in front of me. He was a gluttonous man and when his blood came out it looked like the blood of a pig. That’s a cruel thing to think, I know. He did it in a restaurant where I was having dinner with another man, another married man. Do you see how this is going? But I wasn’t always that way.

The restaurant was called Piadina. On the exposed brick walls hung photographs of old Italian women rolling gnocchi across their giant floured fingers. I was eating a bowl of tagliatelle Bolognese. The sauce was thick and rust-colored and there was a bright sprig of parsley at the top.

I was facing the door when Vic came in. He was wearing a suit, which was usual. I’d seen him only once in casual clothes, a t-shirt and jeans, and it disturbed me very much. I’m sure he could tell. His arms were pale and soft and I couldn’t stop looking at them.

He was never Victor. He was always Vic. He was my boss, and for a long time before anything happened, I looked up to him. He was very intelligent and clean and had a warm face. He ate and drank voraciously but there was a dignity to his excess. He was generous, scooping creamed spinach onto everyone else’s plate before his own. He had a great vocabulary and a neat combover and an extensive collection of fine hats. He had two children, a girl and a boy; the boy was mentally challenged, and Vic somewhat kept this from me and the other people beneath him. He had only a picture of the daughter on his desk.

Vic took me to hundreds of restaurants. We ate porterhouse at big clubby steakhouses with red banquettes and the waiters flirted with me. They either assumed he was my father or my older husband or they figured I was a mistress. We were, somehow, all of the above. His actual wife was at home in Red Bank. He said, I know you won’t believe this because of what a slob I am, but my wife is actually very beautiful. In fact, she was not. Her hair was too short for her face and her skin was too white for the colors she liked to wear. She looked like a good mother. She liked to buy little salt dishes and Turkish towels, and in the beginning of our friendship, I would walk around the city and if a bamboo salt dish caught my eye I would snap a photo and text him, Would your wife like?

I drove myself out of New York City where a man shot himself in front of me.

He said I had wonderful taste, but what does that mean?

It can feel very safe to be friends with an older man who admires you. Anywhere you are, if something goes wrong, you can make a phone call and the man will come. The man who comes should be your father, but I didn’t have one at that time and you will never.

At a certain point I began to rely on Vic for everything. We worked at an advertising firm. He was creative director. I had virtually no experience when I started, but I had this talent, he said. He promoted me from a regular assistant to copywriter. At first I enjoyed all the praise and then I started to feel like I deserved everything I got, that he had nothing to do with it. It took a few years for that to happen. In the interim we started up a sexual relationship.

I can tell you a lot about sex with a man to whom you are not attracted. It becomes all about your own performance, your own body and how it looks on the outside, the way it moves above this man who, for you, is only a spectator.

While it was happening I wasn’t aware of how it was affecting me. I didn’t notice until several years later, when three showers a day were not enough.

The very first time was in Scotland. Our company had landed an account with Newcastle beer and Vic suggested I take the lead, go to all the meetings and get the ball rolling. It was a big account and the rest of the guys were jealous. I was new to the company and the work in general. They stopped flirting with me and began to act like I was an exotic dancer, jerking themselves off and judging me at the same time. Newcastle put me up in this luxurious hotel just outside of Edinburgh. It was cold stone and big windows, and the front entrance was a circular gravel drive. I would look out my window to see the cars that came through, old antiques and bright black G-wagons and small silver Porsches. There was a tartan quilt on the bed and the phone was a mallard duck. The room was fourteen hundred dollars a night.

I’d been in Scotland for about a week when I began to feel blue. I was used to being alone but it’s different in another country. The sun never came out but neither did the rain. Plus I was very naive about the work and the Newcastle representatives could see that. I called Vic at the office. I didn’t mean to, but I began to cry. I said that I missed my father. Of course I missed my mother, too. But in a very different way, and you’ll come to understand why.

It can feel very safe to be friends with an older man who admires you. Anywhere you are, if something goes wrong, you can make a phone call and the man will come.

Vic was in Scotland the next evening. His last-minute flight had been exorbitant, upward of twelve thousand dollars, and he paid out of his own pocket because I was terrified that our colleagues would think I’d failed. He didn’t come to any meetings. He just drew up some talking points. He got his own room down the hall. The first night we had dinner and drinks in the hotel lobby and each went to our separate rooms. But the second night he walked me back to mine.

Smart older men will have a way of crawling up your leg. It won’t feel seedy at first and it might seem like it was your idea.

I was wearing a cream wool dress and my legs were bare. I never wore pantyhose or leggings of any kind, even in winter. I wore black Mary Jane heels.

Vic wore a suit. He was perennially dressed like the men in cigarette advertisements. I wasn’t attracted to him but I was comforted by his cologne. We were laughing, walking down that green and gold hallway. A couple passed us and I remember the way the woman looked at me. I’ve gone around with that feeling for a long time.

In my room we opened two medium-size bottles of red wine from the minibar, plus three airplane bottles of Scotch that he drank all on his own.

Probably out of self-preservation, I can’t remember exactly how it got started. I’m sure I had a lot to do with it, testing the reach of my sexual power. The extent of my prettiness. But what I remember starkly is the mirror on the wall opposite the windows where I’d listened for days to the sleek cars crunching the gravel. I got up to look in the mirror because he’d said the red wine was in the corner of my lips and I looked like a crackhead. Haha, I said. But that man could never have made me feel ugly.

He came up behind me in the mirror. His head was abnormally large next to mine. My long dark hair made an elegant contrast against the cream of the dress. He placed one hand on my shoulder and the other against my hair, near the ear, tipping my head to one side. I watched the look in his eye as he touched his thin lips to my neck. It sent a shiver down my spine, partly in repulsion, but there was also an involuntary sexual response. He lifted the dress over my head. I stood in heels and a white lace bra and white underwear with little red bows at the sides. I was dressing for someone in those days and I liked to believe it was me. Once, in a little kitchen store in SoHo, I bought an apron with printed rabbits and chalets and little girls licking ice cream cones.

Thereafter came the trips to Sayulita, to Scottsdale for the nice spa. There were blue-tiled bathrooms and wonderful sushi. Tableside guacamole, belly dancers, valet everything.

Vic was in Scotland the next evening. His last-minute flight had been exorbitant, upward of twelve thousand dollars, and he paid out of his own pocket because I was terrified that our colleagues would think I’d failed.

Eventually I grew too disgusted, but for a long time I managed. There wasn’t much physicality overall. You can get away with a lot of nothing if you play it right. Especially if the man is married, you can talk about morality and what your dead father would think. You can make the man feel trepidation to merely hold your hand and all the while you are in these warm places with palm trees and golf carts.

I didn’t stop dating all those years. There were a few minor obsessions but no one truly serious. I told Vic about some of them. I said they were friends and I let him balance the suspicions in his head. But mostly I lied. I would say I was going out with girlfriends and then sneak from the office and run toward a subway, looking back the whole time, terrified he’d followed me. Then I would meet some unkind boy and Vic would go home and patrol the Internet looking for signs of me on social media. He would write me around eleven, Watcha up to kid. He didn’t use a question mark so it would look less inquisitive. You begin to understand human nature at a cellular level when an older man is obsessed with you.

The status quo was manageable. We were both getting what we needed, though I could have done without him. It turned out he could not do without me. He likened his relationship with me to Icarus. He was Icarus and I was the sun. Lines like these, which I wholly believed and still do, made me sick to my stomach. What kind of a girl wants to be a sun over a country she doesn’t even want to visit.

Everything was fine for a number of years, until the man from Montana. I called him Big Sky and, in the beginning, so did Vic. I sent Vic to the depths of what a man can stand. I don’t recommend you do it, and you should know what it does to a human being.

I think Vic came to shoot me that night, is what I think. 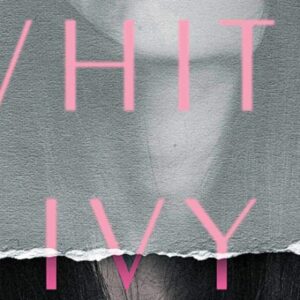 White Ivy by Susie Yang, Read by Emily Woo Zeller Every Monday through Friday, AudioFile’s editors recommend the best in audiobook listening. We keep our daily episodes...
© LitHub
Back to top