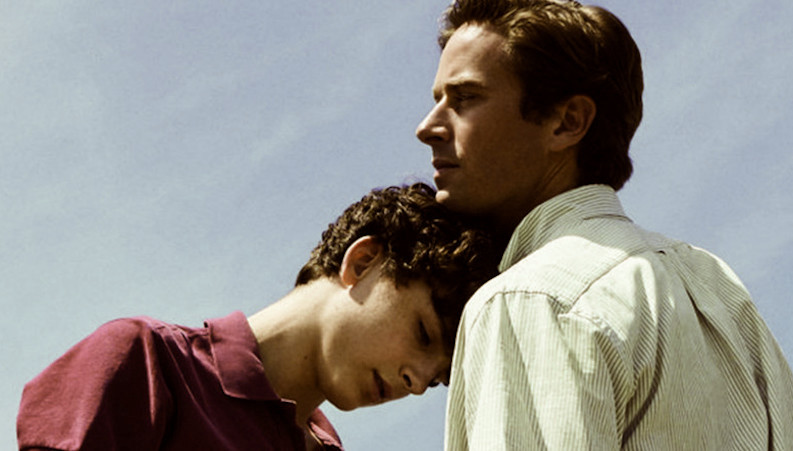 André Aciman Finds His Way Back to His Famous Lovers

André Aciman is having a human moment.

When I enter the uptown cafe where we’ve arranged to meet, I find Aciman, whose dapper navy button-up and neat silver beard make him look like the distinguished Columbia professor he is, making a goofy face at a little girl in a stroller. She watches him with wide eyes, and I observe, not wanting to interrupt the clear joy they’re taking in one another, and thinking perhaps he knows her. But he doesn’t. “I just love children,” he tells me, then wishes the tot a good morning.

We move outside to the sun-drenched sidewalk, and chat over cappuccino on what feels like the first truly autumnal day in New York City. The topic of conversation: Aciman’s latest novel, Find Me, which continues the love story of Elio and Oliver he began in the acclaimed 2007 bestseller Call Me By Your Name, and was made into a popular and accoladed film in 2017. A continuation, Aciman makes clear, and not a sequel. “I hate that word. It blandifies the whole thing.”

Because what is romance if not an aspect of hesitation?

Not long after the publication of Call Me By Your Name, Aciman picked Elio and Oliver up again, having been unsatisfied with how that novel ended. “I finished it too fast,” he says. But that new start felt forced and artificial, and was put aside, as were other tries. “Sometimes there’s no way to make something better. And when that happens, you as a writer have to recognize it, and let go.”

Eventually, Aciman discovered an oblique way back to Elio and Oliver: through Elio’s father, Samuel, who, because of a coincidence on the train to see Elio in Rome, meets and falls for a young woman named Miranda. Their relationship creates a triptych of men in Find Me, each of whom move toward love, an echo of how the novel can be seen as part of a thematic trilogy which includes its predecessor and also Aciman’s 2017 novel The Enigma Variations.

All of these books, Aciman says, address “the tensions that exist between human beings who have a fundamental desire for one another and yet cannot speak of it.” This tension leads to a tentativeness on the part of the characters, which is why the novels are so romantic in tone. Because what is romance if not an aspect of hesitation? If two people find one another attractive and just jump into bed, well, that’s one thing, but that’s not what interests him. “It’s these wonderful moments of small connection between two human beings which punctuate a relationship that I love.”

The strength of Elio and Oliver’s attraction to one another, their desire to completely open themselves to each other, to experience complete intimacy, has compelled him all these years—he loved their love, even if he didn’t always understand its intensity. “In Call Me By Your Name, they just had sex, and it wasn’t what they wanted, it wasn’t perfect, and Elio wishes he would die. Yet 20 minutes later he grabs his bike and rushes to town because he wants to be with Oliver. Where does that passion come from?”

I tell Aciman that I find reading about the complications of their sex in Call Me By Your Name so powerful and refreshing. There are moments of sexual discomfort as well as joy, and sex doesn’t always come easily for them, in contrast to what you see in Hollywood romances. Aciman says that he had a close relationship with his father, and as a young man was fortunate to have frank conversations with him about sex. “Everyone tells you about birth control and being cautious and safe sex, but nobody tells you about failure. That’s one of the monsters of male sexuality: the fear of failure.”

Call Me By Your Name was written in opposition to what Aciman saw as the normative obstacles of gay literature.

He mentions an old cartoon, one side of which is labeled “Female Sexuality” and features a control panel like that you might see on an airplane, with a million buttons, while on the other side, “Male Sexuality” has a simple on/off switch. “That’s not true at all,” he says. “Men are just as complicated sexually as women, and I love exploring that.”

When I ask about the fluidity of his characters—in Call Me By Your Name Elio and Oliver have sex with one another and also with young women, and Oliver, as we see more fully in Find Me, goes on to marry a woman and father children—Aciman bucks at the term in much the same way he rejected the word sequel. “The notion of ‘fluidity’ came much later and wasn’t at all in my thinking. Fluidity is a term that wants to privilege ambiguity, and even that concept has become a label. A writer should never think in labels. Writers should mistrust language first and foremost, because language can be ossified and calcified into things that you don’t want to be hardened.”

Call Me By Your Name was written in opposition to what Aciman saw as the normative obstacles of gay literature. He didn’t want a homophobic villain or the specter of AIDS, nor did he want any of his characters getting attacked or killed because of their sexual preference. Serious and real as these issues are, he desired to see what a love story looked like between two young men who weren’t haunted by those fears.

I ask about the importance of music, which is even more central in Find Me than it was in Call Me By Your Name. Elio has gone on to be a concert pianist, traveling throughout Europe to perform, and each part of Find Me is titled with a musical term that either metaphorically or literally features in the section.

Aciman reveals that music is one of the greatest joys of his life. Once, when he was 20, he would disappear from his life for a couple of hours a week in order to take piano lessons. He told no one about this, and practiced in secret. But he found he didn’t have the discipline or, with so much else going on in his life, the time required to achieve expertise, and so abandoned it. He thinks it’s because he lacks no access to playing or reading music that he enjoys it so much—he doesn’t write with music on, but otherwise has classical music playing all the time. And so he works it in as much as he can when he’s writing a story.

Imagine if, there was something personally meaningful to you, and at that spot, you’d stop to light a candle and summon the person that you used to be.

“Classical music is a way of evoking a particular realm that is the highest human beings will ever attain. Whenever I mention classical music, I’m essentially saying this might be a story about x, y, and z, but there’s this piece of music, and it’s through this that they speak to God, or, if you don’t believe in God, this is how they obtain or have access to the very best that is on planet Earth.”

While he didn’t stick to the piano, Aciman has been writing since he was nine years old. As a child, he was complimented on his poetry by his parents to the point that it felt natural that he call himself a writer. Even still, he never felt assured enough to go public with his work. “It was a perverse reason that got me publishing,” he admits. In his late thirties, he read books which he didn’t find as well written as the ones he had sitting in his drawer. And he knew one person in particular, much younger and, he thought, not as clever as him, who had gotten a PhD. So, in part out of spite, he tried to get a book published and did. “It’s a stupid reason to start publishing, but once I started, I haven’t stopped.”

That’s in large part because the experience of publishing changed him. “Before you publish, everything you write seems like bullshit, because you have no proof that anyone likes what you’re doing. There’s a kind of negativity that’s built in. Once you publish, there’s a different approach. You want to be published again. You feel that everything you write should at the very least be shown to someone. It might not be published, but it should be shown. That’s what publishing does—it gives you confidence.”

Those years of writing before publishing, like the many attempts at continuing Elio and Oliver’s story before sussing out the shape of Find Me, were necessary, he thinks. He compares them to a booster rocket. “The further you go out into space, the more the rocket sheds its boosters until all that’s left is a tiny capsule. A lot of writing is like this, it’s booster writing. You do it, but in the end you don’t need it to be seen.”

Before we say our goodbyes, I ask about the vigils that Samuel and Elio take together through the city of Rome in the opening section of Find Me, visiting places in the city which hold some meaning for them. Story-wise, it’s a clever mechanism to not just bring up a familiar locale from Call Me By Your Name but to illustrate how much Elio has experienced in the city since then, and it’s a beautiful intimate moment between the two men.

Aciman says this ritual is something he performs in his own life. “On the streets of Rome there are Madonnas in little alcoves in some of the walls. No one pays attention to them except the faithful, who light votive candles by the statues. Imagine if, instead of a Virgin Mary, there was something personally meaningful to you, and at that spot, you’d stop to light a candle and summon the person that you used to be.” He does this, he says, whenever he’s in Cambridge, visiting the places he once lived, remembering his former selves.

As Aciman heads back to his apartment, I take a final look at the weather bleached chairs where we sat, and the busy traffic circle nearby. Now, this cafe has become one of those spots for me, indelibly marked in my memory by an animated conversation with a brilliant and sensitive artist, a place to pause and remember the passing of time whenever I should walk past.

Swimming Through Writer's Block at an Icelandic Public Pool 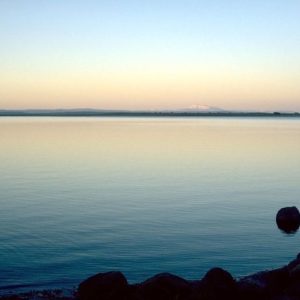 Swimming Through Writer's Block at an Icelandic Public Pool

The middle of nowhere is as seductive a destination as any when you’re lost. I spent a wintry October in Laugarvatn in the south...
© LitHub
Back to top