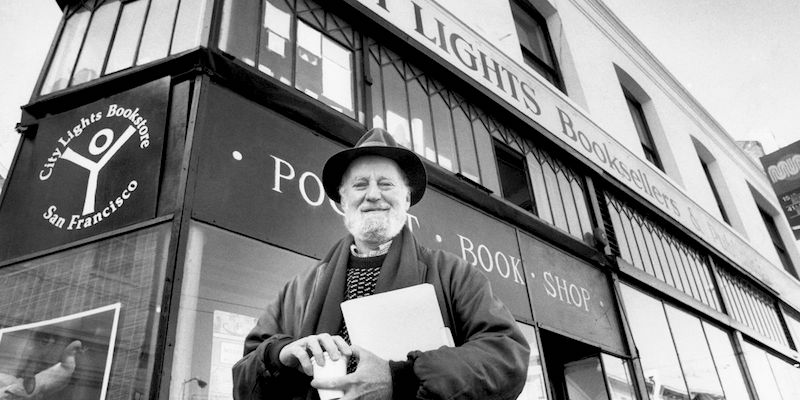 A favonian October afternoon in the San Francisco of 2005 finds you in North Beach, on Columbus Avenue, sitting in the empty bar at Rose Pistola, way over in the corner, nursing a glass of red and polishing a manuscript titled A San Francisco Writer. You wrote the piece to take stock of a stalled writing career, to announce the return of the native son, the deracinated native son missing Maine and not at all certain that the Noe Valley sojourn is a wise move. Too many memories growing up there. Trespassing on your youth.

But the dot-com collapse has made The City human again, and the spacious room in a three-story Victorian across the street from my favorite Dante-themed restaurant rewards literary labor. I become a regular at the bar. Know your Italian wines. The Divine Comedy too. Primo Levi knew it by heart. For two grand I write a long essay about the Dante of the 20th century and post it on the Incanto website in time for the Turin Winter Olympics. Levi’s Florence. Thanks to that windfall I can still pursue the mendicant life notwithstanding the vanishing of newspaper book reviewing. Plan B. Something will turn up. Besides, proximity to family—my mother is approaching the century mark—says stay put for the time being.

Now, full circle, I was back, paying guilty homage in the memoir to the mentor who thought I had the makings of a writer. Who thought New York was a fool’s errand. A San Francisco writer steeped in the lore of the 30s and 40s waterfront. Who lived aboard a double-ender moored at the Marina and cut an impressive figure. An ardent foe of the omnibus sentence. Who severed all contact when I decamped for the big time. I was glad to see his book of stories in the bookstore across the street. The Forty Fathom Bank, a novella, is a minor classic, evocative of a San Francisco long gone. Les Galloway poured his heart and soul into its writing. Too bad he didn’t live to see publication.

The reverie of Cafe Vagabondo days was cut short when a looming figure insisted on sitting next to me. Just as I got ready to shoot him the evil eye, I did a double-take. The bald octogenarian, who nodded when he sat down, was the owner of the bookstore across the street. Instant recognition. Without saying a word I handed him the manuscript, which he received with a start. Soon enough engrossed. When he finished he asked me about the Navy. He allowed that he had served during World War II and had commanded a subchaser off Normandy during the invasion. I hadn’t known that about the consummate San Francisco writer.

The four years of the USN were clearly decisive to his vitae. And what four years they were. He had a front-row seat at the gigantomachy. It was all still yesterday. He recounted D-Day in detail. Enthralling enough to vicariously witness the Longest Day, let me buy you a drink, but then he mentioned The Bomb. As a navigator aboard an occupation-force troop transport he was one of the first Americans to step foot at ground zero in Nagasaki. A conversion experience. War No More. There and then he became an avowed pacifist.

It felt like last call. A toast to the San Francisco that was.

My Cold War destroyer duty paled in comparison. Being caught unawares off Puerto Rico by Hurricane Betsy—the eyewall vivid in the memory—was as close to mortal danger as we came. I told him that half the physics department at Berkeley had been at Los Alamos feverishly working to ensure the horrific fate of Nagasaki. Too close to home. The Bomb too had been a conversion experience for this GI Bill student matriculated in the curriculum of defiance and despair. Physics No More. Fiat Lux for both of us.

We had worn Navy blue, we had the North Atlantic in common, the Med too, and of course shared a deep love for the Mediterranean city-state. After Nagasaki, “the fabulous white-city of San Francisco on her eleven mystic hills” (Kerouac) must have come as a revelation. Life-affirming and then some. The spirit of place in 1951 was on loan from the Paraclete. He talked of the halcyon years, when the City of Saint Francis was the great good place and North Beach was Left Bank-vibrant, a demi-enclave anchored by City Lights and Tosca and Cafe Trieste. Saint Peter and Paul Italian. Lenny Bruce and Mort Sahl at the Hungry I. Brubeck and Coltrane down at the Black Hawk. The heyday of liberation prosody, of galvanizing literary provocation.

The master of revels, a free-range poet, he presided over the emancipation of the Word. The profane became sacred. Stentorian. A Howl even. A call to the barricades. The word went forth and City Lights became the first megachurch and he became larger than life. Sacerdotal. The high priest of the American vernacular. The evangel of Left Coast evangelism. William Carlos Williams meet Tom Paine. A friend in high school, an aspiring poet, couldn’t get enough of City Lights, of the Beats, of the North Beach scene. Lawrence Ferlinghetti was his god.

I related this to my elder “sea brother”—as Melville called Dana. Now that Herb Caen was dead he did double-duty, as the demigod of San Francisco and the cynosure of the City Of Memory. All was not lost so long as Ferlinghetti was there to greet the new day espresso in hand. At 86 he was still going strong, still sharp, still in firm command of the protean man-of-letters.

Growing up in a fable was how I epitomized my 50s boyhood, the best of all possible boyhoods. From the small house on the flank of Billy Goat Hill I ventured forth into a city of the world scaled down to neighborhood insularity. A city of God, not mammon, where you wore your Sunday best downtown lest you defile the labor of those who brought San Francisco back from the dead. A city of hills and valleys, fog and sunshine, the sacred and profane. A city of adventure bay to breakers. The San Francisco of the 1950s was a blue-collar paradise and blueblood bell-jar. It wore its nimbus well. We had the run of the town, fairly encroaching on blueblood territory.

City Lights will soldier on but the lights have gone out in the city he loved.

In other words, I tell him, we enjoyed an emancipation of the spirit too. Not to mention a democratic sensibility honed in daily classless communion. The city-state was democratic and Democratic, a veritable shrine to FDR, who my father revered above all mortals, and North Beach had nothing on the Noe Valley when it came to inculcating a passion for social justice. The proto-feminist Order of the Blessed Virgin Mary saw to that. Saint Paul’s Church, adjacent to the Grammar School, was our place to reverence the Word. Parse its meaning for life everlasting. And what a place, its neo-gothic magnificence showcased in the movie Sister Act.

We agreed there is Melville and there is all others and we agreed that North Beach had seen better days. The Church of Scientology not far from The Hustler Club. I told him my grandmother had grown up on Telegraph Hill, where Coit Tower is today. Before the 1906 Great Fire it had been a rundown working-class neighborhood. And Lilly Coit’s tribute to the Fire Department was close to home, my brother and uncle had both been battalion chiefs in the SFFD. Indeed, the looming anniversary was much on his mind, and when Nancy Peters joined us we took turns in a storied San Francisco pastime, lamenting the demise of the White City.

The see-saw between the City of Destiny and the City of Memory suffered from mental fatigue. Even though the dot-com onslaught had been rebuffed it was only a question of time before Gold In Peace would reassert its eminent domain. Silicon Valley wanted to enjoy the San Francisco Experience too. It felt like last call. A toast to the San Francisco that was. I wasn’t the only San Francisco writer feeling deracinated. My bar companions too. Especially them. Celebrated and superannuated at the same time. Much like the fate visited upon Herb Caen. He too had become homeless in the City of Destiny. How he loathed the Transamerica Pyramid. The City of Memory, once a vital force in the destiny of the City and County, had slowly but surely devolved into a memento mori .

I said my goodbyes.

I rue not breaking bread at Incanto, in the Dante Room, where Anthony Bourdain, when he was in town, dined on the whole hog. Literally. But I didn’t think to invite him. He would have enjoyed the mural of the ascent to Paradise and gotten a kick out of the devotional parchments. In medieval Latin, no less. I didn’t think of him as a Dante man in any case. Saint Francis was his patron.

Now that he has made the ascent to the Pantheon the human comedy he enjoyed to the hilt looks to pay final tribute. A great man of letters has left us. An American Original. City Lights will soldier on but the lights have gone out in the city he loved. The Sales Force Tower was a dagger to the heart. I prefer the Navy hymn, as performed by the Green Street Mortuary Marching Band.

Bereft this Maine writer feels, though he only broke bread the once. But those hours together were perfect timing. We caught up, as it were. I hardly ever ventured out of the neighborhood but for some reason I felt compelled to go to North Beach that day. I’m forever glad I did.

A San Francisco native, US Navy and UC Berkeley, Robert Andersen is writing a play about the atomic scientists and a novel about the Navy in Vietnam.

Melissa Broder on Giving Up the “Finger-Clinging” of Her Youth 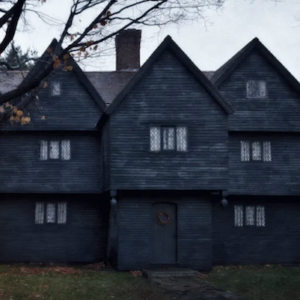 Darkness. Madness. Specters. Death. Add some menacing weather, a tortured anti-hero and a long-buried secret or two and you’ve...
© LitHub
Back to top