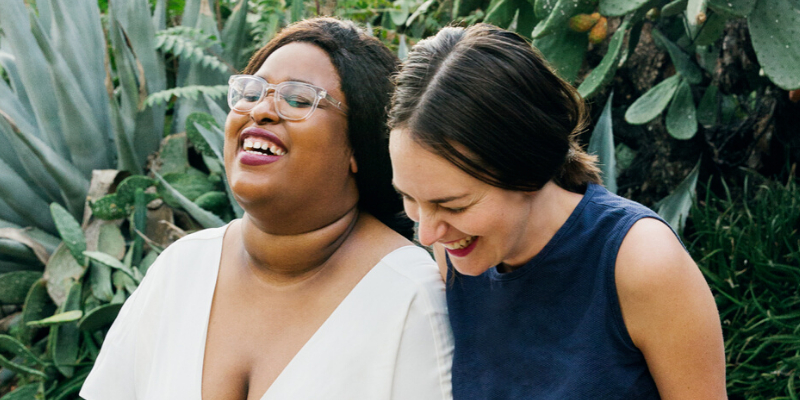 In the fourth episode of our new season on Just the Right Book with Roxanne Coady, Ann Friedman and Aminatou Sow join Roxanne to discuss their book, Big Friendship.

Roxanne Coady: Talking about difficult conversations, in the book, you discuss how Wesley Morris describes something as the “trapdoor of racism.” You write in the book, “For people of color, some aspect of friendship with white people involves an awareness that you could be dropped through a trapdoor of racism at any moment by a slip of the tongue or a campus party or in a legislative campaign.” What was that trapdoor incident for both of you?

Aminatou Sow: We write about in the book an incident where, after not having lived in the same city for for a long time, I am visiting Los Angeles, where Ann lives, and I’m invited to a party at her house that is a birthday party for someone else that she is hosting. At this party, I notice that everyone there is white. And that is not the reality of what my friendship with Ann had been before. You know, we did not talk about it that night but certainly months later did, and it was an interesting gateway into talking about other racial issues that had cropped up in our friendship.

Roxanne Coady: And in the book, you talk about that people would have presumed, given the degree of your friendship, that you would have already discussed these issues, but you hadn’t.

Ann Friedman: I think we had talked about race as it related to what’s happening in the world or maybe experiences that Aminatou had had that she would tell me about, or things that I had witnessed. But we really had not confronted head-on what happens when in our friendship, I fail to recognize, acknowledge, or otherwise step up and say like, oh, I actually see that this is really painful for you, and what’s happening right now is related to race.

One reason why we chose that party to write about is not because it was a watershed moment in our friendship or it was the biggest thing we’ve ever had to overcome, but because it really represents the almost mundane-seeming way that these issues crop up between friends of different races. Which is to say that it feels almost like not big enough to talk about, even though it clearly was big enough because it made my dear friend feel very isolated and not welcome in my home, which of course is worth talking about.

And so, I think what we’re really hoping to do by quoting Wesley Morris and talking about the trapdoor—we love that metaphor because it’s by nature hidden. You don’t walk into the room and say, oh, there’s a hole in the floor. What happens is you’re caught by surprise a little bit, and how do you deal with it is really where we wanted to go from there.

Roxanne Coady: The other piece, you had a couple of lines from a poem of Pat Parker that I was very struck by, and I’ve been thinking about it a lot. The poem is “For the White Person Who Wants to Know How to Be My Friend,” and the lines are, “The first thing you do is forget that I am black. Second, you must never forget that I’m black.”

Ideally, what does that look like in real life? If somebody is doing that with that guidance.

Aminatou Sow: I think it looks different for a lot of people. One of the truths of that poem is that everyone just wants to be seen for themselves in any relationship that you are in. I would like to believe that in my relationship with Ann, I’m Aminatou, I come as Aminatou every day, I’m an individual, and Ann is Ann, and we are relating on this very personal level.

Aminatou Sow is a writer, interviewer, and cultural commentator. She is a frequent public speaker whose talks and interviews lead to candid conversations about ambition, money, and power. Aminatou lives in Brooklyn.

Ann Friedman is a journalist, essayist, and media entrepreneur. She is a contributing editor to The Gentlewoman. Every Friday, she sends a popular email newsletter. Ann lives in Los Angeles. 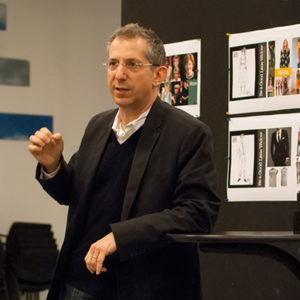