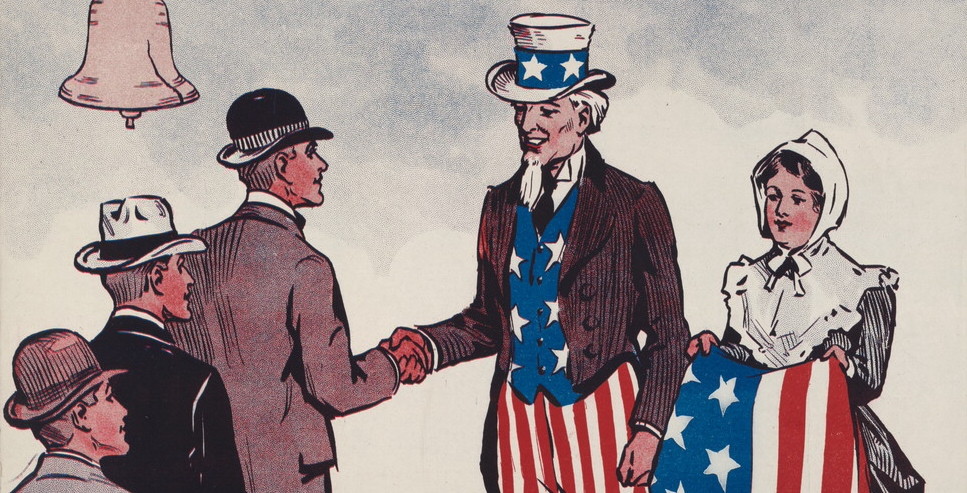 “Americans Are Bad at History.” At the Fault Lines of Memory and Propaganda

Americans, generally, aren’t so good at history. It’s tempting to think our propensity for dramatizing wars, disasters, and other so-called tragedies onstage and in cinema has been detrimental to our understanding of events, populating “collective memory” with individual stories, as if episodes from an epic. In episodic narratives, nothing ever changes—everything is normal in the beginning, terrible in the middle, and resolved by the end. Characters and settings are comfortably static. With respect to real-life atrocity, this is how the United States has “lost its innocence” at least half a dozen times, from the Civil War to 9/11 to Trump’s election. Everything that happens is a “shock” to the nation. This is how our “never again” becomes “ever again”: an innocence déjà perdu.

History, after all, is heavy. For many Americans, it’s something to leave behind. We say we’re post-race; we say same-sex marriage put an end to homophobia. To do this we tell stories of slavery and civil rights, of the AIDS epidemic. These are photos we snap and label as past. Indeed, history itself is something our nation, as an idea, tried to escape—the entrenchments of Europe, the legacies of Kings, and whatever else the wealthy white men who created our country on paper promised themselves.

In truth, we are history; our unique pasts exist only in the present. In forsaking them for prescriptive memory, particularly without interrogating who has prescribed us these memories, we place a tenuous hope in what writer and psychotherapist Adam Phillips calls “a redemptive myth.” We believe, he says in “The Forgetting Museum,” that “remembering done properly will give us the lives that we want.” In saying, Look what happened, there is an optimism that the image itself will carry the pain and do the work, all in a gamble that atrocity will look the same when and if it reappears. That, ultimately, is prescriptive memory’s weakness; even two real, literal photographs taken of the same person are never identical. To rely upon images instead of contextualized history is to guarantee getting lost.

Not that we’re always meant to find our way. Some memorials, for example, are particularly careful images of the past. Their aesthetics harbors a desired emotional, not intellectual, understanding: Viewers and visitors are meant to feel, not think. At the 9/11 Memorial and Museum, the aesthetics of absence—two seemingly bottomless black pools surrounded by the names of the thousands who died—alongside recovered detritus, burned clothing, rubble, and the final voicemails of those trapped inside, all frame a narrative of destruction that points to a strangely opaque other: Al-Qaeda. Absent altogether is Osama bin Laden’s long relationship with the United States government. To contextualize him among the names, faces, and voices of the dead—especially as a CIA-funded militant in the Soviet–Afghan War—would politicize something more easily remembered as tragedy.

History, after all, is heavy. For many Americans, it’s something to leave behind.

Yet there was nothing apolitical about the destruction of the World Trade Center, and to expunge politics from the memorial is its own political act, the effect of which is to stir grief, incite rage, and mobilize Americans against an ambiguous enemy. As I write this, what is still branded “the War on Terror” has surpassed its nineteenth year, its sixth trillionth dollar, and the end of anywhere between half a million and two million lives. “Never Forget” is laughable if, from the start, there’s no genuine history to remember; and “Never Again” means nothing when victims are aestheticized as propaganda, when our own government uses them to amplify retributive terror.

Americans are also bad at propaganda—that is, at recognizing it. As producers and consumers of propaganda, the United States outperforms every other nation in the world. For most of us, the word connotes negatively. It’s the “odor” to advertising’s “scent,” a reputation created by propaganda of our own: the way propaganda is portrayed, for example, in history and in fictions of the U.S.S.R. and the Third Reich, not to mention countless dystopian futures imagined by authors and filmmakers. But propaganda, as Andrew O’Hagan wrote for T magazine a few months after the 2016 elections, does not necessarily come from one man in power who “supplant[s] what is true with what they wish to be true.” Instead, propaganda stems from “an impulse to choose a side and press its case with wily elegance,” and what it “sells” is a way of life, or “a series of values, traits and skills that others might do well to emulate.”

O’Hagan’s words are precise—might do well to emulate—and reflect how propaganda excels. It doesn’t demand or dictate so much as suggest, aggressively. “Manipulating human belief might sound like an alarming project for governments and designers to undertake,” he adds, but it’s one of the oldest professions in the book, and corporations, religions, entertainers and doctors, to say little of politicians, are dedicated to the art of making you think what you ought to think. Populism is based on the notion that people can think for themselves, but most people can’t and don’t want to; they need team colors and a direction of play that is worked out by other people . . . For good or for ill, the art of propaganda must set out to persuade them of what they think.

Indeed, it’s this “for good” that has been most overlooked in the United States, even though we see “good propaganda” at work every day, and have for decades—in certain commercials, for example, when nearly every race and gender and sexual orientation is equally represented in its consumption, say, of heartburn medication; or in film after film where money, no matter how hard the rich man tries, can’t bring him what he wants, not even happiness.

During the Trump presidency, state-driven propaganda returned to the limelight, complete with slogans, an emphasis on loyalty, a racially based isolation of who is elevated as “American”.

It was a little more obvious, O’Hagan notes, during World War II, when it was “considered by most of the Allies to be something of a gentle and spirited approach to the survival of the species.” In 1943, the United States Department of War produced a short film called Don’t Be a Sucker. The film features one-dimensional Americans going about their lives, yet reminds us that this is a country full of “free people” of many different religions who go to their own churches and form their own opinions. But, the film’s narrator says, “There are guys who stay up nights figuring out how to take that away.” The film cuts to a middle-aged man, sour with anger as he preaches from the steps of a government building. “I’m just an average American,” this man says, “but I’m an American American . . . I see Negroes holding jobs that belong to me and you.” He rants about what must be done, who must stick together and who must be excluded, while two men in the audience debate his speech. “He seems to know what he’s talking about,” the younger of the two says, but his perception is quickly dismantled by the older man, whose Hungarian accent connotes an authority on “what this talk can do.”

In America, he says, “we have no other people. We are American people.” He informs the younger man how the Nazis came to power, how their rhetoric divided the populace. “We human beings are not born with prejudices,” he says. “Always they are made for us. Made by someone who wants something. Remember that when you hear this kind of talk. Somebody is going to get something out of it. And it isn’t going to be you.” The film is a brilliant piece of anti-fascist, pro-American propaganda, appealing not to the sympathies of others but to the young man’s self-interests: the focus is not on the fate of minorities in fascism’s crosshairs, but on how fascism won’t bring prosperity to the young man, only those using him as a pawn.

After the War, however, American propaganda began to differentiate itself from state-driven efforts in countries designated as political enemies—an executive strategy seen as incompatible with “the freedom of the individual.” O’Hagan cites the CIA’s famous covert literary magazine, Encounter, as one example to “win the hearts and minds of the English-speaking world,” as well as Hollywood’s decades-long project to “churn out pro-war propaganda and sexist assumptions as if they were catnip to the people.” Whether funded by the government or not, these corporate propaganda systems reinforce the image of the United States the government has established, which in turn benefits wealthy donors and lobbyists whose funding influences legislation that complements this propaganda.

During the Trump presidency, state-driven propaganda returned to the limelight, complete with slogans, an emphasis on loyalty, a racially based isolation of who is elevated as “American” and who is not, and a flagrant disregard for what is true in place of what one man in power wishes to be true. In fact, the phenomenon of Donald Trump embodies not only how propaganda functions in this country today, but how an image’s politics depends entirely upon context. Not only does one see the tenuous, even fragile relationship between images and language, there is an increasing acquaintance with the relationship of images with other images, whose juxtapositions become a language in and of themselves. I’m thinking of Hillary Clinton’s 2016 campaign ad, in which the iridescently lit faces of children filled the screen while actual footage of Donald Trump played out on the televisions they were presumably watching. “What will our children think?” Clinton’s voiceover asks while Trump degrades immigrants and women and Muslims and persons with disabilities to enthusiastic cheers. It was a beautiful and earned work of propaganda, giving context to an image (Trump) by placing it against another (children, shorthand for America’s future).

But so too was the president’s lexicon of epithets (“Crooked Hillary” Clinton, “Lyin’ Ted” Cruz) a successful deployment of propaganda, and so too his talent for slogans. Above all—by focusing on crime in border states, Islamic terrorism, the legitimacy of President Obama’s birth, and “urban” violence—it was his aggressive suggestion that whiteness in America was under attack that proved most successful among a vicious and victorious minority of voters. Through propaganda, Trump overtly politicized whiteness in a way Americans had not seen in a presidential election since George Wallace’s pro-segregation campaign in 1968. Unlike Wallace, he won. This didn’t come out of nowhere. We’ve been learning to see “fascistly” for decades; it’s only now that our government reflects it so brazenly. 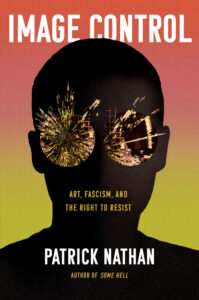 Patrick Nathan's first novel, Some Hell, is forthcoming from Graywolf Press in February. His short fiction and essays have appeared in Gulf Coast, Boulevard, the Los Angeles Review of Books, Real Life, Music & Literature, and elsewhere. He lives in Minneapolis.

Megan Abbott on the Dark Underworld of Ballet 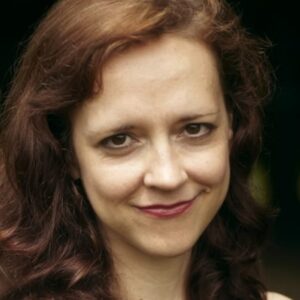 Megan Abbott on the Dark Underworld of Ballet

This week on The Maris Review, Megan Abbott joins Maris Kreizman to discuss her new novel, The Turnout, out now from G.P....
© LitHub
Back to top
Loading Comments...