America, Land of the Refugee

Betsy Carter Rediscovers the Lives of Her Immigrant Parents

This is the book I’ve been waiting a lifetime to write; one I started six years ago. Now, I’ve suddenly landed in a bubble of synchronicity.

When I began to write, immigration was not the political firestorm it is today, but as I neared the end, it was as if the headlines in the newspapers had jumped right out of my novel. I’d like to boast about my prescience, but my reasons for writing We Were Strangers Once were far more prosaic and personal.

My parents were German refugees, fleeing Hitler. They got out of Germany in the nick of time with no money, no language, and few skills. They had to start all over. My father was the heir to a large department store and like many rich kids, never worried about learning a trade. My mother, from simpler people, was a great athlete and thought she’d become a phys-ed teacher.

German refugees, in the build-up to World War II were looked upon with suspicion by Americans. Were they spies? Saboteurs? (Sound familiar?) My parents were frequently told to go back where they came from and worse. Not surprisingly, they created a ghetto of their own in Washington Heights, and as far as I can remember, they had no American friends. When I was ten, we moved to Miami where, again they only collected friends who were German Jews.

Here’s the hard part to admit: they embarrassed me. I was embarrassed by their accents, their strangeness, and their cliquishness. I did what I could to separate myself from them, and become as American as I could. I learned how to twirl a baton. I knew all the words to every Christmas Carol. I was chosen as the All-American girl for my high school yearbook.

Then the Cuban immigrants started coming to Miami. I saw how hard it was for them, what an effort they made to fit in, yet how wary of them people were at first. It made me think about my parents and what trials they must have gone through.

Although I wrote this novel to reconnect with my parents, let me put aside the first question that everyone asks me: No, the characters in this book are not my parents. They are amalgams of people I knew growing up, other German Jewish refugees. But even these people are not representative of the people I wrote about except in name and sometimes, physical characteristics.

Here’s another question I get a lot: am I in this book? I have to admit, I am. If any character represents me it’s Meyer, the sometimes vile and nasty farm boy, a rising book author in Germany who takes a demeaning job in America—wearing a sandwich board advertising men’s clothing—before becoming a columnist at a German-Jewish newspaper. I used Meyer’s voice to say all the caustic things I thought about some of the other characters. His views on the politics of the time are largely mine. One exception: I’ve never had the kind of sloppy sex involving spaghetti that he did.

This is what’s true in the book. I did spend the first ten years of my life in Washington Heights. My father did work in a grocery store when he first came to America. (I have no idea if he worked behind the deli counter, but for some reason, I know there was sawdust on the floor). A beautiful friend of theirs did have bruised knees from washing floors at a fancy hotel. Meeting for cake and coffee once a week at someone’s house or a bakery was a ritual. I remember my parents’ talking about Nash’s bakery and going there frequently. I might have even been there twice.

Without giving away any plot I will say that none of my parents’ friends were as desperate as some of these characters, nor did any of them ever interact with President Roosevelt.

My parents are gone now. Their daughter, the writer, creates worlds with words and inhabits them. (Their other daughter does the same with painting). I wanted to inhabit the world of immigrants that they did when they came here. It is my way of reliving it with them and in some small way, paying them back for being the snotty and ungrateful young girl I suppose I was.

I’m hoping everyone relates to this novel, as most of us are one or two generations away from being someplace else. At some point, we were all strangers once.

Betsy Carter’s We Were Strangers Once is available from

The daughter of German immigrants, Betsy Carter is the author of the novels Swim to Me, The Orange Blossom Special, and The Puzzle King, as well as her bestselling memoir, Nothing to Fall Back On. 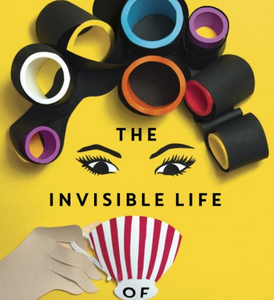 When he was still very young, Chico thought that all other families were just like his. All children had two mothers, and their...
© LitHub
Back to top