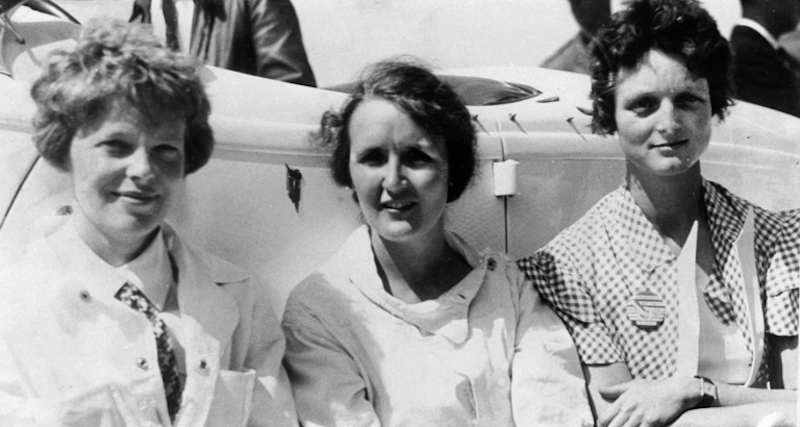 On the Amazing Female Flyers of Early Aviation

It’s been more than a century since she was born, 90 years since she first became famous, and 81 years since she, her plane, and her co-pilot Fred Noonan vanished over a remote stretch of the Pacific Ocean. But still, we keep coming back to her, this elegant ghost wrapped inside an enduring mystery. Amelia Earhart just keeps making news.

It’s not the sort of news that Earhart herself would have appreciated. Twice in the last year, the internet has exploded with theories about what might have happened to her after she lost radio contact with the USS Itasca near Howland Island on July 2, 1937. One theory, posited in 2017, argued that the Japanese took Earhart captive—and then maybe killed her for allegedly being an American spy. And those making this argument claimed they now had proof: a grainy photo of a slender woman who just had to be Earhart.

It was super exciting. Even prestigious news organizations posted the story on their websites. Then, a Japanese blogger, doing real reporting, discovered the far more mundane truth: this photo—the evidence that Amelia had allegedly lived—was published in a Japanese travel brochure in 1935, two years before Earhart’s final flight.

Disappointment set in, but not for long. In March of this year, a researcher suggested that bones discovered on a small Pacific island in 1940 likely belonged to Earhart. The bones in question are long gone; they were studied at the time, rejected as being Earhart’s, and then, apparently, discarded. So this new study—without the bones themselves—could add nothing truly definitive to the Earhart Disappearance Canon. Still, the bone story made sensational headlines for days, reducing an American icon into internet clickbait yet again.

“Amelia Earhart found?” read one tantalizing—and misleading—headline on CNN.com. No, sadly. She was not.

Let me be clear: I am no expert on Earhart’s disappearance. There are people who have dedicated years of their lives trying to determine what happened after we last heard from Earhart in July 1937. As journalist, I appreciate their passion, turning over every stone in pursuit of details that may lead to the truth. Maybe someday, with their work, science, and a little luck, we may truly know what happened to Earhart. That would be a story worth reading.

What troubles me is this: In the quest to learn more about how Earhart died, we have forgotten almost everything about how she lived, and what she accomplished, simplifying this great woman into a caricature. Worse still, perhaps, with the focus squarely on Earhart, history has all but erased the other women who flew with her in the 1920s and 30s—female pilots who made daring flights of their own in a time when many men believed women had no business flying airplanes.

I have spent the past two years researching and writing a book about these women, Fly Girls: How Five Daring Women Defied All Odds and Made Aviation History. It’s a story that interested me not because of Earhart and her disappearance, but because of the compelling and forgotten characters who flew with Earhart before she disappeared and who joined Earhart in fighting the men in an epic battle for equality. 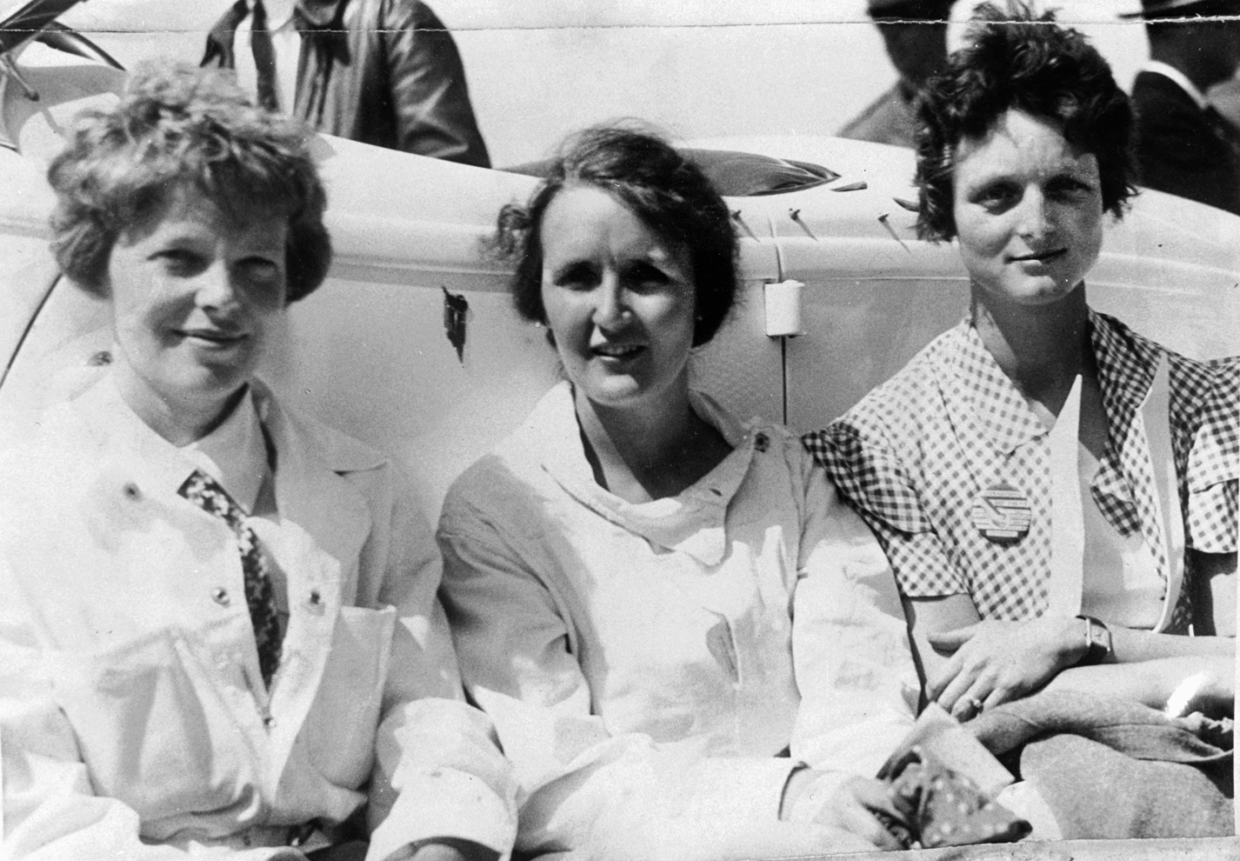 These women were all brave. They were all bold. And while they came from different backgrounds—some rich and some poor; some educated and some not—they all believed in the same thing: A woman was just as good as a man, just as skilled as a pilot too, if only they were given a chance.

I can’t tell you if the bones found in 1940 belong to Earhart. (They could.) Or if she was captured and killed by the Japanese. (She probably was not, given that this rumor first started during World War II, rooted in racism, xenophobia, and hatred for the Japanese.) But after spending two years researching Earhart’s life, and the lives of the women who flew with her, I can tell you this: Earhart would be upset with us for chasing her shadow at the expense of almost everything else. 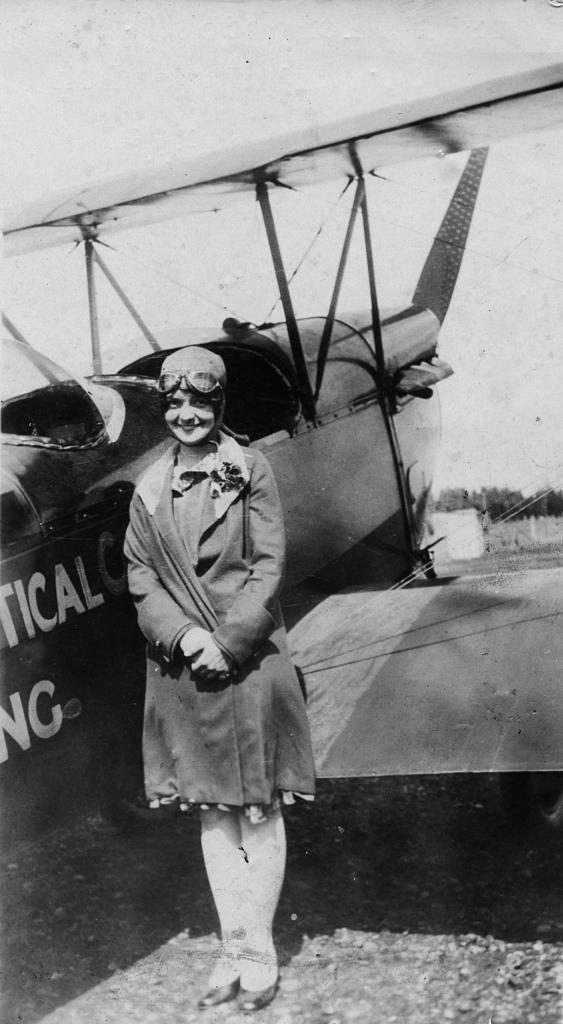 She’d be angry that her friends and fellow aviation pioneers, Louise Thaden and Ruth Nichols, have been forgotten. She’d be honored—and a little bit embarrassed—that people have built statues for her. But she would wonder why the brave Florence Klingensmith—one of the most talented female fliers of the era—hasn’t gotten the same sort of attention. Where is Florence Klingensmith Elementary School? And why aren’t modern-day feminist mothers naming their baby daughters Florence in an homage to Klingensmith? Earhart, who had a keen sense of justice, would want to know. And if she were alive today, if that were possible, Earhart would surely give credit to the five other women who tried to cross the ocean before her, women who failed, but made Earhart’s story possible, women like the long-overlooked Ruth Elder.

These female pilots not only flew together; they fought together, pushing their way into the sky during a decade when most husbands still wanted their wives to stay home, raise the kids, and keep the house. That’s not who these women were. And so, in the face of impossible odds, they forged their own path—not by flying solo, but by flying together in a #MeToo moment, 90 years before hashtags.

That might not make for good clickbait. But it’s the history that Earhart would want us to know. She knew she might die and disappear on her long flight across the ocean. That was part of the risk of flying in the 1920s and 30s. To Earhart, it was obvious, and she admitted as much to her friends and to her husband before leaving to fly around the world. The real mystery, to her, would be this: How have we forgotten the rest of this important story.

Kieth O'Brien is an award-winning journalist, a former reporter for the Boston Globe, a regular contributor to National Public Radio and Politico, and a critically acclaimed author of books about dreams, Americana, and where the two meet. He has written for the New York Times Magazine and reported stories for This American Life. He was a 2017 finalist for the PEN/ESPN Award for Literary Sports Writing. His book Fly Girls: How Five Daring Women Defied All Odds and Made Aviation History is out now.

What It Is to Love an Old Dog

Like Most Americans, I Was Raised to Be A White Man 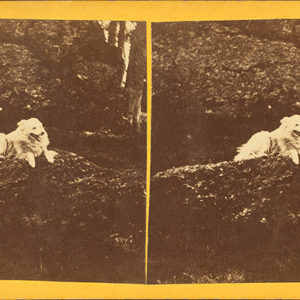 What It Is to Love an Old Dog

Fair warning: the dog dies at the end. For 15 years I loved a hard-luck mongrel, a shepherd-husky mix I brought home from...
© LitHub
Back to top
Loading Comments...