I’ll be the first to acknowledge Amazon and I make rather strange bedfellows. Raised on local libraries and used bookstores, I’ve long been a loyal customer to many of the indie bookshops cornered by the world’s largest online retailer, prizing them as community centers and places to find a curated-yet-wide array of books from publishers both big and small. Combined with a hostility to labor organizers and the general risks of so much power in one corporation, and I’m wary to ever take Amazon’s side.

It’s precisely because of Amazon’s size, however, that I was delighted to see the company turn its back on one of the most pernicious pieces of anti-transgender misinformation in recent memory. Right-wing activist Ryan Anderson’s 2018 book When Harry Became Sally: Responding to the Transgender Moment was pulled by Amazon last week, three years after it was published and two years after the company promised to stop selling materials that promote conversion therapy. Anderson not only promotes the dangerous practice of converting transgender children to be cisgender, he distorts and denies the consensus on the care transgender people do need while sidelining the experiences of transgender people ourselves.

As a private retailer, Amazon has zero responsibility, legal or otherwise, to host Anderson’s book—but they do have every responsibility to pull it. The health care needs of the nearly 2 million transgender people in the US are a frequent target for organized misinformation campaigns, those that have proliferated thanks to the laissez-faire attitudes of Silicon Valley leaders. Holding these corporate giants accountable for what they serve their users is as important on transition-related care as it is on vaccines and coronavirus treatments.

Inaction from these companies undercuts the consensus of the public health community, which recognizes transition-related care as safe and effective. Though new to many people, the varieties of health care needs faced by most transgender people—ranging from counseling to hormone therapy to surgical treatments—have been the subject of a century of scientific research and are endorsed by every major medical body in the country, including the American Medical Association, the American Psychiatric Association, and the American Academy of Pediatrics. Just recently, the American Psychological Association condemned conversion therapy, as well as “the dissemination of inaccurate information about gender identity, gender expression, and the efficacy of [conversion therapy]” like that found in Anderson’s book.

Transition-related care comes under frequent attack, both online and in the political sphere, with conversion therapy the implied alternative. Most of the articles about transgender people shared on Facebook, for example, come from right-wing blogs and influencers who portray transition-related care as coercive and experimental, describing it in stark terms as “mutilation” and transgender people ourselves as delusional. Lawmakers in at least a dozen states have introduced bills to ban transition-related care for minors, even threatening to put doctors and parents in jail merely for following the best evidence-based medical guidance available.

Amazon continues to wait far too long to take action against anti-vaccine content, and it has likewise allowed anti-transgender propaganda to flourish on the site.

The same debunked sources used by these lawmakers in their campaign against transgender people’s health care are cited throughout Anderson’s book. Disgraced conversion therapists like Paul McHugh make frequent appearances in the book’s footnotes, and Anderson asserts throughout that transition-related care does nothing to address frequent suicidality among transgender people—despite the troves of evidence to the contrary as well as the lived experience of transgender people ourselves.

In this way, Anderson effectively models his attacks against transition-related care on those against other safe and necessary medical treatments, including vaccines and measures to fight the coronavirus. One-off researchers like Andrew Wakefield continue to show up at anti-vaxxer events, citing long-debunked notions tying vaccines to autism. These kinds of estranged “experts” in white coats also served as false validators under President Donald Trump’s administration, no matter how dubious their claims or credentials.

Various news outlets and digital platforms have taken differing levels of action against public health misinformation since the start of the pandemic, a scattershot approach that was hardly prepared to address an onslaught of disinformation. Inherent to issuing corrections to viral misinformation posts or pulling down conspiracy theories, however, was the belief they had a public duty to treat lies about health care with the seriousness they deserve.

They would do well to treat transition-related care with the same degree of fragility and thoughtfulness. The parents of transgender youth in particular are as fresh a target for Anderson’s claims as the parents of autistic children are for claims about vaccines from Jenny McCarthy. Both combine medical misinformation and stigma of a marginalized group with a parent’s desire to “cure” their child of a life that society, not their identity, makes harder.

Amazon continues to wait far too long to take action against anti-vaccine content, and it has likewise allowed anti-transgender propaganda to flourish on the site. Amazon’s size and power demand great scrutiny, including more  transparency when it makes decisions to pull content—particularly when doing so benefits their bottom line. It’s precisely because Amazon is so large they should likewise be held to account for hosting content that poses a unique public health danger as Anderson’s book most certainly does.

Right-wing pundits have portrayed the pulling of Anderson’s book as a “digital book burning,” clearly unaware of the irony that the most famous images of Nazi book burnings include the records of the earliest research into transgender people and our health care. Trans people as a people are well-acquainted with the risks of power imbalances and a lack of accountability for those who abuse them. It is not an abuse of power to remove Anderson’s book or any other content that promotes conversion therapy; the abuse happened each day it was on sale.

Gillian Branstetter is a writer and activist based in Washington D.C. Her previous work has been featured in The Atlantic, Out Magazine, Newsweek, Thomson Reuters, The Appeal, and more. 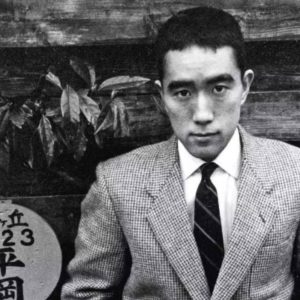