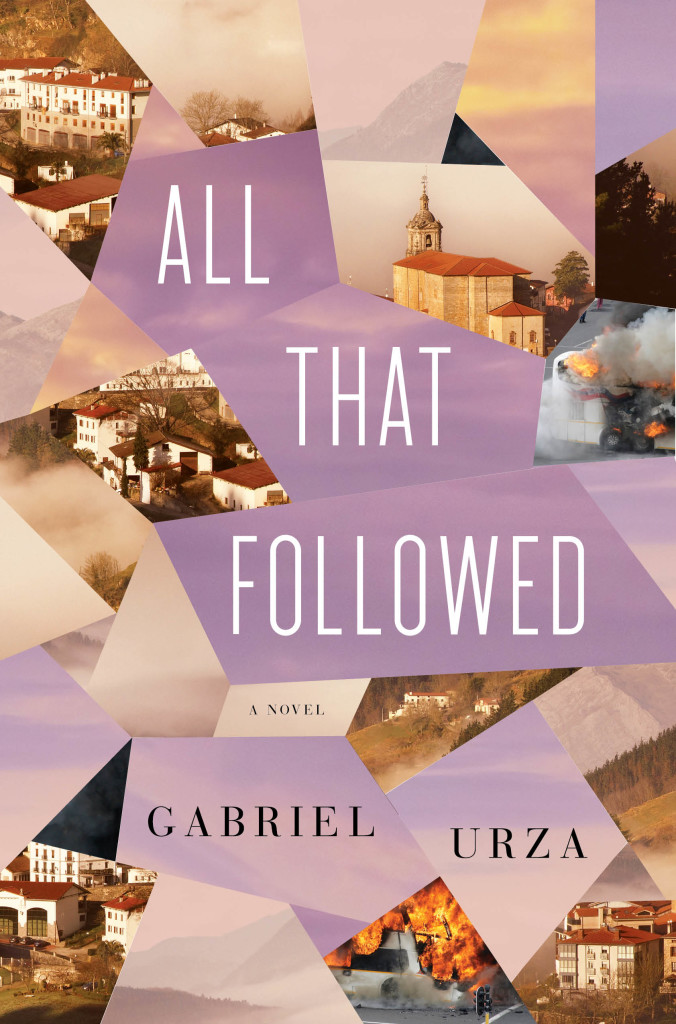 The following is from Gabriel Urza’s debut novel All That Followed. Urza received his MFA from the Ohio State University. His family is from the Basque region of Spain where he lived for several years. His short fiction and essays have been published in Riverteeth, Hobart, Erlea, The Kenyon Review, West Branch, Slate and other publications. He also has a degree in law from the University of Notre Dame and has spent several years as a public defender in Reno, Nevada.

This is what he said when he accepted the job as deputy campaign manager in Bilbao: that he’d always wanted to work in politics, and besides, it was better money than he could earn in Muriga. This town didn’t have room for a man of ambition, unless his idea of ambition was leaving at 3:30 each morning on the sardine boats, or working in a video store, or depositing pension checks for ninety-year-old widowers.

“You knew all this,” I said. “You knew it before you agreed to move.”

“We came here because you insisted on it. And because of her,” he said, nodding his head in the direction of Elena’s room. “That’s hardly agreeing.”

We had been living with my mother for two months, the three of us packed into a spare bedroom in an apartment just at the foot of the mountains, where the forest begins. My mother was out with her mus group as she was every Friday afternoon, and José Antonio and I were in the kitchen, where we seemed to conduct all of our arguments now. I was unloading the clothes washer, leaning into the breezeway to hang his undershirts and my mother’s elastic underpants and the handful of small cloths that we draped over our shoulders after Elena had eaten. José Antonio repetitively reached up to remove the dark sunflower shells from between his teeth, flicking them into the sink. It was a new habit of his, one that he knew I found disgusting.

“You said you wanted to be in the Basque Country,” I said evenly.

“Yes,” he answered immediately. “I said I wanted to live in the Basque Country. I didn’t say I wanted to be Basque.”

“Joder,” I said. “No one is asking you to be Basque. But this is something else entirely.”

Politics hadn’t mattered in Sevilla. In Sevilla, all that mattered was the next weekend trip to Benidorm, the next bar for cañas. So when José Antonio had voted for the Partido Popular in the ’93 elections, it was easy enough to ignore. In that time, to live in Sevilla was to be an amnesiac, something we Spaniards are so accustomed to becoming. Franco had died nearly two decades earlier; the Socialists had been running things in Madrid, and people in Sevilla thought that the transition to democracy was over. The fifty years since the Civil War had seemed forgotten to history already, absorbed back into the city along with ghosts of Sevilla’s past like the old Islamic minaret converted into a bell tower for the Saint Mary of the See Cathedral five hundred years earlier.

But it was different in Muriga, where our parents and grandparents had been forbidden to speak their native language for nearly half a century and had lost so many of their artists and politicians and intellectuals forever in Franco’s prisons and graveyards. Working for the PP in Muriga would only guarantee that José Antonio would be treated as an outsider, something he had complained about since we’d arrived in August.

“Your people,” he said, leaning over the sink to spit another of the black shells. “The persecution complex you have . . .”

It was this conversation. This and a hundred like it that I began to remember only after José Antonio had been buried for a year.

In the months before the doctor in Bilbao made her diagnosis, the anemia brought on by two barely functioning kidneys had left me lethargic, hardly able to leave the sofa to get Elena dressed. José Antonio had diagnosed it as a mental health issue, a sort of late-onset postpartum depression, and though I never said as much, I tended to agree with him. I was on my own most of the day with Elena and felt suddenly isolated in Muriga, the town that I had spent the greater part of my life in. Occasionally, I’d meet up with Victoria, my oldest friend, at the park on the Paseo de los Robles, and Elena would play on the brightly painted jungle gym with Victoria’s son César. Victoria and I would talk for a while about old boyfriends or about our husbands’ jobs. But inevitably we ran out of things to talk about, and we would sit in silence and watch our children laughing or screaming as they ran around the little park. I found myself missing Sevilla and the self-centered existence I had there.

But almost immediately after the operation, my energy began to return, and with the new energy came the smells, the cravings, the edges of these new memories. They kept me company, in a way. When they came, I would tap the black stitches on my abdomen and wonder what my new kidney was trying to tell me. When Elena was asleep for her afternoon nap, I would go to the living room mirror and lift up my shirt.

“Who are you?” I’d ask the incision, and as if in response, I would smell a whiff of hashish or feel a humid warmth on the underside of my arm, as if I’d just passed my hand over a boiling pot of stew.

It became a game. On the days that I smelled the hashish, I would speculate that the kidney had belonged to a Moroccan man who had sold cigarettes on the streets of Zaragoza, and on the days that I felt the heat on the underside of my arm, I would picture my kidney pumping away inside a heavyset woman working in the kitchen of an old restaurant.

Soon, though, certain sensations began to crowd out the rest. It was as if the kidney were trying to communicate something to me, something more specific than “I existed before you. I belong to someone else.” I found myself craving the smell of burning sulfur, so that I would light a match just to wave it out, then repeat the action. Late at night, I would sit at the kitchen table lighting match after match, touching the pink scar and theorizing that my kidney’s original owner had died in a house fire, or perhaps in a burning car.

Eight weeks after the surgery, I began to take Elena to the library in the basement of the Muriga city hall in the afternoons. I would point to Javier Gamboa, a friend of my mother’s who had worked as a security guard at city hall for as long as I can remember, and Elena would say, “Arratsalde on,” in her high child’s voice. Javier would lower himself to Elena’s height on his brittle knees and say, “Arratsalde on, Elena. Zer moduz?” Good afternoon, Elena. How are you today?

While Elena stumbled around the empty aisles of books or slept in her blue stroller, I would scroll through rolls of microfiche, scanning through six weeks of Spanish newspapers for the day of March 4, 1997. When I first told Joni about this new pastime of mine, he had shaken his head in a way that suggested not judgment but real worry. It was a look I had been used to seeing from my mother, or from José Antonio, but never from Joni.

“What do you hope to gain from this new hobby, Mariana?” he had asked during one of our morning coffees at the Boliña. It was his use of my name that did it, that changed it from a question to a warning. The change in tone had annoyed me.

“It’s not that I hope to gain anything, Joni,” I said. “It’s interesting, is all. More interesting than staying at home with a two-year-old, anyway.”

On the first day of my investigations, I learned that there had been no house fires in all of northern Spain the day of my operation, and there had been only two fatal car accidents. According to public record, ninety-eight people died on March 4 in the region of the country that my new organ had come from, though nearly all of these had died of old age and would not have been donors. Of the list of the dead, I found only five viable candidates: an eleven-year-old girl struck down by a car in León; two men in their forties killed in an auto accident between Pamplona and Vitoria; an eighteen-year-old girl who had committed suicide in Pasajes; and one other.

The last death was mentioned on the front page of every newspaper that appeared the day of my surgery. It was accompanied, most often, by a series of three photographs.

The first photograph showed an apartment building like you might have found anywhere in the Basque Country, except that it was surrounded by the dark navy uniforms and black ski masks of the Ertzaintza. There was white police tape stretched around several police cars, blocking off the entrance to the apartment building. A crowd had gathered, pushing against the tape.

The second photograph of the series was dated two years earlier, the blackened shell of a sedan smoldering in a parking garage. The car was so completely destroyed that it was impossible to even tell the make, while the windows of the two cars next to it had melted in the explosion. There was a white sheet placed on the driver’s seat of the sedan, though it was difficult to imagine that there was anything to cover up; even the car seats seemed vaporized entirely. And again the dark figures of the Ertzaintza milling through the background of the photograph. The scene looked vaguely familiar, as if I might have seen it on the news when the explosion had taken place two years earlier. The caption read: Spanish Intelligence Officer Killed in ETA Car Bomb, June 12, 1995.

As I examined the final photograph I experienced a physical reaction, a tremor of nausea and a tingling along the pink seam holding in my borrowed kidney. The picture, the largest of the series, was a police photograph. It showed a young man in his midtwenties. He had dark hair cut short. His ears were a little on the large size and his nose drifted slightly to his right. He was wearing a T-shirt, and he smiled just enough to show his crooked bottom teeth.

From ALL THAT FOLLOWED. Used with permission of Henry Holt and Company, LLC. Copyright © 2015 by Gabriel Urza.

In Defense of the Present Tense 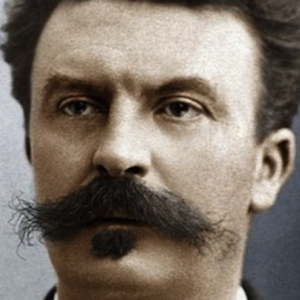 LitHub Daily: August 5, 2015 Álvaro Enrigue meditates on the Mexican middle-class, the rise of the narcoterrorist, and the symbolic power of the Volkswagen...
© LitHub
Back to top