All Memoir Titles Should Be Fleetwood Mac Songs

Emily Gould Talks to Minna Zallman Proctor About Her Landslide

I’ve been a fan of Minna Zallman Proctor’s work, and of Minna herself, for many years—I have always loved the way her brilliant mind grapples with big, epistemological questions and intimate struggles with equal rigor. I have also had the pleasure of being her yoga student! When I learned that Catapult was publishing a collection of her “true stories” I was thrilled. I became even more thrilled when the book arrived and it was called Landslide—she had entered into a rarefied group, of which I am also a member, of people who have written books named after Stevie Nicks lyrics. Recently I sat down with Minna to discuss motherhood, faith, writing and mysteries of existence. That conversation was way too gossipy and inside baseball so later on we did this Q and A via email.

Emily Gould: What inspired the title of Landslide?

​Minna Zallman Proctor: The title, Landslide, is inspired by the sad sad Stevie Nicks song, Landslide. ​When I first titled the book, I never imagined that it would stay Landslide because it seemed wrong and improbable and ill-advised to name my book after a Fleetwood Mac song.

But the longer I worked on it and the more the book took its own form, the more the title had to do with what I was writing and not the song. Then I drafted the last scene in the book, which is set in a rock quarry, and was about climbing over massive boulders looking for a headstone for my mother’s grave—once that scene happened, there was no going back—it had to be called Landslide. After all, it’s book about an emotional avalanche that ends in a beautiful pile of rocks.

EG: You’ve been working on these true stories on and off for many years. What catalyzed the process of making them into a book, finally?

​MZP: I realized they were a book (and not individual essays) when the stories started depending​ on each other and talking to each other. I started, for example, hearing back from editors at magazines where I was submitting them that they felt like excerpts and not stand-alone pieces. One magazine took a story and then the editors wanted me to add a lot of background info that seemed to me obviously to belong to another essay that I had written. That was confusing at first but became more interesting. I started thinking about the order and ways the stories overlapped and how I was also, perversely, kind of talking about the same things over and again but in different ways. I took that perversion and decided that it was a form, and that I was writing about a certain time in my life and the themes that haunted it in a Rashomon way—the same story told over and over for different effect.

EG:  A few themes run through all these stories, and really all your work: the search for faith amid the failings of organized religion, love and betrayal, motherhood and standing at the crossroads of life and death. That’s a lot to pack in to this concise, precise book. What themes do you think you’ll tackle next? What don’t you feel done grappling with?

​MZP: I’m still fascinated by betrayal and love. I have two projects that I’m working on now, one fiction and one nonfiction, and one is about betrayal and the other​ about love. Religion doesn’t really come into either of those stories except by virtue of the fact that I’m a spiritual person and that probably seeps into my themes and broad structures, but I don’t feel like I’m grappling with religion and organized structures as I was. Though, I still find myself every year without a temple for High Holiday services and no reliable plans for Passover. But that’s more logistical than thematic. Maybe.

As for motherhood, that’s definitely not part of either of my two new projects; I don’t have plans to write as substantially about motherhood as I did in Landslide in the near future. But my kids are everywhere and always on my mind. Realistically, I feel like I can’t write a post-it note that doesn’t reference them.

EG: Your ex-husband wrote a narratively straightforward memoir that detailed your dramatic and painful separation. What is it like to see yourself as a character in someone else’s writing, and what is it like to then re-center yourself as the protagonist of the story? This book is far from anything anyone could call “score-settling”—it’s generous and warmhearted, almost superhumanly so—and yet, you did have to go over some of the same narrative territory that he did. What was that like?

​MZP: I’m essentially quite private (especially for a memoirist) but try not to be coy in this book about who I am. I think there’s a lot of candor in my presentation of my own emotional and intellectual self—which I think is one of the most important kinds of candor—at least it’s something I prioritize in my writing and reading. There’s a way in which I want to link this idea to writing “nice,” or sympathetic characters. I don’t think I wrote myself to be likable—but I consciously wrote myself to be as complicated as I am.

I have read a lot of women writers talking about the scourge in the publishing industry that “hates unlikeable women characters.” Parenthetically, but not incidentally, I feel like Emily Books, for example, has put a premium in its list on work that shows full, difficult, and/or complicated women characters and writers. But I’ve been turning this debate over and over in my mind and I can’t think of who these favored likable women characters are? Can you? I’m starting to wonder if it’s a false debate. From Lily Bart to Lila and Lena from Ferrante’s Neapolitan novels, it seems instead that we have an array of well-rounded characters that are sympathetic (at least familiar), piteous, and grotesque in all their significant aspects. The same way your best friend, or say, your mother, is. Rich, complicated, frustrating, sometimes tragic, and sometimes what gets you through the day. I guess I’m just wondering whether the question of likable should be reframed in terms of how successfully a character is drawn. Or maybe I mean, it’s a technical question, not a feminist question.

EG: I LOVE your use of astrology as a framing device in your essay about religion, faith and superstition.  Do you still consult with your astrologer? What’s in the stars for you?

MZP: ​I still see my astrologer—maybe once every two or three years for a check up. I don’t go to him with specific questions, though I think others do. I talk to him a lot about faith and not about superstition as much as about patterns and rhythms. I am apparently constitutionally unsuited for true love, yet I love truly. And I’m going to, at some point soon (like in the next two decades), finally find a spiritual​ mentor. I’m really looking forward to that.

Art, Meat, and the Lives and Deaths of Animals 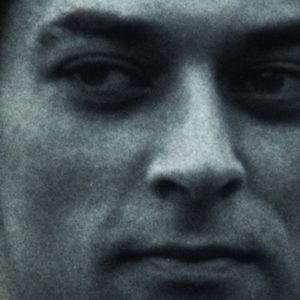 The following Q&A is excerpted from A Life in Words: In Conversation with I. B. Siegumfeldt by Paul...
© LitHub
Back to top