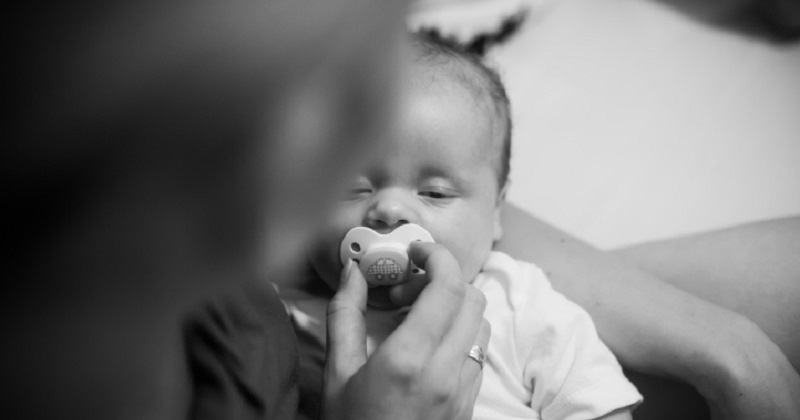 "My family was a series of hushed rages behind shut doors."

I am more comfortable in fiction than in nonfiction. In fiction, you get to decide what is real and not real, what is true and not true, which details are facts and which are mere detail. In fiction, I am the discerning eye, the single source of truth. But when I tried to write about my mother, all my stories were flat. I couldn’t move her into fictional language, it seemed. Indeed, my journals about the days she died are full of details about the weather and the feeling that a chasm had opened up in me. I was trying in those early days to pin something down, to assemble a body of details that might give me some hint or clue of how to go on. I also felt that I had no right to feel that way, so sad about her, after all the hateful things I’d thought about her or been subjected to by her hands.

Here are some details about my mother: she once made me wipe under my arms in front of company because she said I was musty and smelled; she once opened a journal I was keeping under the bed and read it out in front of a party; she called me titty baby and sissy baby and made fun of the way I talked; she once attempted to empty out my bank account using blank checks she’d found in my closet; she told me that she needed two-hundred dollars to buy school supplies for my niece but used the money to buy Natural Light instead; one time, she got into such a frenzy whipping me that she broke the light overhead and then made me pick the glass from my bedsheets in the dark. She was universally beloved by her friends. She had the sort of personality that people are drawn to—she could listen for hours, she had an encyclopedic knowledge of neighborhood gossip, and she was funny, could skewer you with an observation so keen and true that even if it was about you, you had to laugh. She was generous with her time. She wanted a lot of the world, and it had so little to offer her. She wanted to die, but my grandmother wouldn’t let her.

“In my family, love was the slow accumulation of moments in which I was not subjected to great harm.”

The thing that kept me from writing about her, about grief, in fiction was that I lacked genuine, human feeling for my mother. Or, no, that’s not true exactly. What I lacked was empathy for her. I was so interested in my own feelings about her that I couldn’t leave room for her feelings or for what she wanted out of life. I couldn’t leave a space for her to be a person. I think, ultimately, other people aren’t real to us until they’re suffering or gone. That’s when the imagination begins to work, trying to sort things out, trying to get them right, to understand them. I couldn’t write fiction because I hadn’t yet mastered my own feelings. I couldn’t write fiction because I had not yet come to understand her or what her life had meant to her. I was solipsistic and righteous in my anger, my fear, my sadness. I missed all of the eerie symmetries between us—her trauma, my trauma, her rape, my rape, her anger, my anger. It’s not that I came to love her really. But I did learn to extend to her the same grace that my friends extended to me. That’s one of the beautiful things about writing, the way we learn about others and what that tells us about ourselves.

I think one of the hardest things to do in writing is to set aside the selecting intelligence which governs a piece and let another take over. When you write about the suffering of others, particularly the suffering of people to whom you are close, you must subjugate yourself, let yourself be subsumed into them. You can’t be waiting for them to finish so that you can quickly say how much you agree and then add your own turn or twist. It’s strange, really, that to grasp that which has hurt you, you must trust it not to hurt you when you let it inhabit you.

Do you know about baptism? How they hold you and lower you into the water? It’s like that. You have to trust they’ll lift you out.

Her name is Mary Jean Speigner. She died young. She worked jobs so hard that the heels of her feet were cracked and gray. She dipped Skoal and spat it into Natural Light cans. She watched every soap opera religiously. Her favorite fish was whitey. She didn’t eat salt. She didn’t eat sugar. She fried her chicken black. She checked her blood sugar in the morning and in the afternoon, her blood purple-red as she pressed it flat on the test slips. She had a tremor in her left hand. She had a pert nose and hooded, dark eyes. Her favorite color was green. Her favorite show was 90210. She loved Hugh Grant. She loved to laugh. Her favorite music was blues. She had a terrible singing voice but loved to sing. A man raped her when she was young, and nobody said anything about it. Nobody did anything about it. She saw him every day. She drank every day. Sometimes, she didn’t eat because her stomach hurt so bad that she wanted to cry. But she didn’t cry. She never cried. Just once. When her sister called her an ugly liar when they were full-grown. She went home and cried on the bed for hours. She hated bugs. Her voice was raspy. She hated to be touched. She hated to be spoken to like she was stupid. She hated secrets. She never told the truth. She danced all the time. She slept late. She stayed up late. She had trouble sleeping. She was afraid to hear about the dreams of other people; it was like a screeching sound to her, to hear about what other people had dreamed. She could make a joke out of anything. She loved to tell stories. She believed in magic. Nobody stood up for her so she had to stand up for herself, and after a while, she got tired of standing.

I wish I had gotten to know her better.

I think we would have been great friends.

I wish I had tried harder. Sooner.

But I have to stop for now.

13 Punk (as Fuck) Writers You Should Know 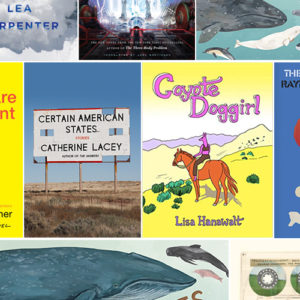