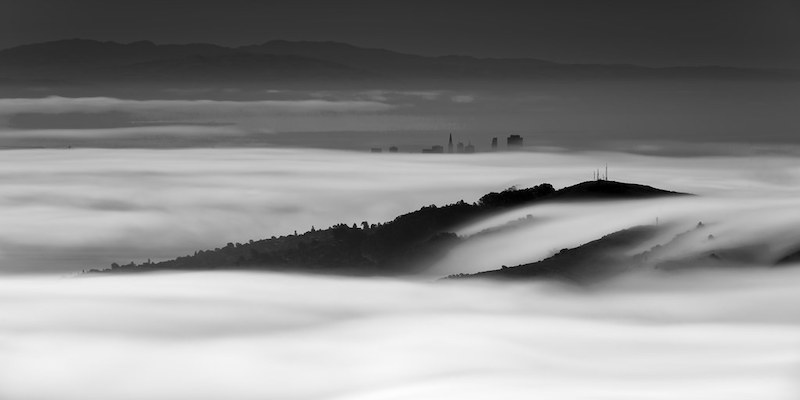 Silvina López Medin Explores the World of a Family

I have to be careful when asking questions, or else she’ll say it again: stop.

She is in Paraguay. She is in the family house where one of her brothers still lives. He is the youngest brother, the one she met when her mother took her back home after 3 years. They used to be 4 siblings, now they are 3. I ask her to ask her brother if their mother kept a journal. I don’t think she had time for that, says my mother. Four children, a husband, all her work. She stretches the word all as her mother used to stretch the cloth on the table before cutting it. She did not have time for documenting time. On top of that, who keeps a journal? Although she is writing this to me on a screen, I can hear her shouting: “I have never known anyone who keeps a journal.”

Could you describe that? the education specialist asks on the phone. Pause. There’s a long dark cable outside, it crosses my studio window from top to bottom, never stops swaying. I can’t remember what that cable connects. Could you? Pause. How can I describe him, my son. I start, I stumble, I bump into the “He,” say “I.”

I’m sitting at the table, waiting for her body to pass across, her mouth to open.

A photo of my mother and her brother drinking beer on their patio. This is happening now. The beer on the patio, the photo, my mother sending it to me. In the back, I can see the room where my mother’s mother used to work. Instead of the sewing table, a couch, a tall cabinet. Some portraits on a shelf. I can make out the frames, not the faces. The only thing that did not change is the wallpaper, as a city seen from afar I cannot tell all its details, I only recognize the general pattern. I know those are bluish grooved vertical lines of flowers. I know it because I remember it.

You chose to write precisely what I like less: poetry and theatre, said my mother years ago. I put the airplane seat straight up, open the tray table, my journal on it. Is this poetry. How do you exit such a line? Dead end. If you hit it, hit it again, write it down, someone said. Is this poetry. When you have hearing loss there’s a blurred line between statements and questions. When my mother was a child her aunt would take her to the theatre, she would be lost among words she could not grasp, would not look at the stage but stare at the closest exit. Is what you’re writing now poetry, she soon might ask. I turn the pages in my journal until I find a quote in a nearby entry.

Lyric was from its inception a term used to describe a music that could no longer be heard.

A metallic sound precedes the voice on the loudspeaker: we have begun our descent, stow your tray table, pass any remaining service items and unwanted reading materials to the flight attendant.

We are staying at my mother’s house. Sleeping in my mother’s sewing studio. I wake looking at a wall covered with shelves, long lines of reels arranged according to color, like my sons’ box of pencils. Except these are threads: their ends may pass through the eyes of needles. Needles, pins. Sharp points. Can slip from the hands of a seamstress anytime. Can stick in your skin before a red dot expands. Now I am about to get out of bed, now my foot is about to touch the floor.

My mother. I. Split by the wall that splits the kitchen space. A pass-through: an area where something is missing. Not a hole, an opening. It’s intentional. If I speak from this side of the wall, she might hear me. Or not. I’m sitting at the kitchen table with a list of questions. She’s on the other side. Crushing plastic water bottles so loud anyone might wonder what’s about to burst. Anyone who doesn’t know her wouldn’t know about her belief that we do not hear what she can’t. What scared me as a child: to say anything, to say anything when you can’t feel the bouncing of the sound. I’m sitting at the table, waiting for her body to pass across, her mouth to open. 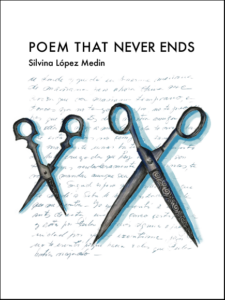 From Poem that Never Ends by Silvina López Medin, published by Essay Press.

Silvina López Medin was born in Buenos Aires and lives in Croton on Hudson, New York. Her books of poetry include: La noche de los bueyes (1999), winner of the Loewe Foundation International Young Poetry Prize, That Salt on the Tongue to Say Mangrove (translated by Jasmine V. Bailey, Carnegie Mellon University Press, 2021), and the chapbook Excursion, which was selected by Mary Jo Bang as the winner of the Oversound Chapbook Prize. Her hybrid poetry book Poem That Never Ends (2021) was a winner of the Essay Press/University of Washington Bothell Contest. Her play Exactamente bajo el sol (staged at Teatro del Pueblo, 2008) was granted the Plays Third Prize by the Argentine Institute of Theatre. She co-translated Anne Carson’s Eros the Bittersweet and Home Movies, by Robert Hass, into Spanish. Her writing has appeared in Ploughshares, Hyperallergic, Brooklyn Rail, Harriet Books/Poetry Foundation, and MoMA/post, among others. She holds an MFA in Creative Writing from NYU and is an editor at Ugly Duckling Presse. 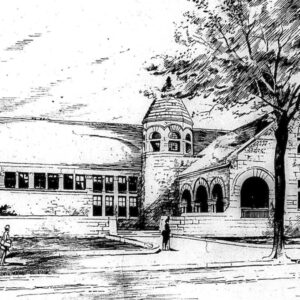 Feature image: The Converse Library, in Malden, Massachusetts, a Richardson design amid its Olmsted landscape. Houghton Library/Harvard...
© LitHub
Back to top
Loading Comments...