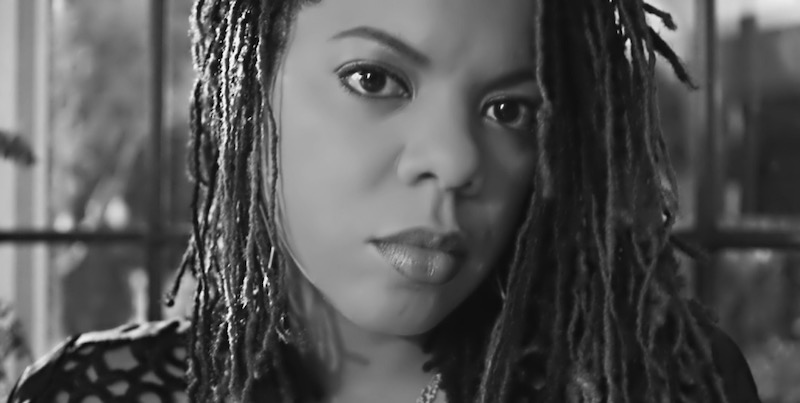 Poets on Life and Craft

Peter Mishler: Your collection Simulacra contains poems in which Anne Sexton texts with another figure, and the poems are lineated like a message screen, sender to the right, receiver to the left; date, day, and time. Can you share a little bit about how you started making your Anne Sexton “text” poems? Could you walk me through the discovery of this form?

Airea D. Matthews: In the days before the universality of smart phones, text messages were often delivered out of sequence but numbered. In 2012 I began reading through my own text archive and picking out happy accidents—messages that due to sequencing errors and forced line breaks read as lyrical excerpts. I started ruminating and trying to concoct a form. This experiment also coincided with a depression in which I truly wanted to correspond, for reasons of mental health and fellowship, with Sexton. At some point, I remembered reading Anne Sexton: A Self Portrait in Letters by Linda Gray Sexton and Lois Ames. In one of her final correspondences to her daughter, Sexton wrote “Talk to my poems and to your heart—I’m in both: if you need me.”

And so I found this opportunity to construct conversations through the text form. For about a year, I set up a secondary text account and sent messages to an imagined Sexton, which I began to transcribe and edit into the Sexton Texts poems. And since the poems were written at different times, they each have a different speaker in conversation with Sexton.

PM: What has the poetry of Anne Sexton meant to you as a writer?

ADM: Sexton’s work speaks to my full existence. She, too, was an entire cast of characters—woman, wife, mother, writer, patient. She started writing then stopped and picked it up again, as did I. She wrote through mental illness, familial demands, and a life that appeared hyper-privileged from the margins, as do I. She found a way to bring her complex self to the page with humility and freshness, resisting aesthetics that did not suit her, as I hope to do. She also reconciled her own tumultuous relationship with the truth through her writing. And although she is canonized as a confessional poet, her poems direct massive amounts of energy to illuminating certain effects of the universal human condition.

She was one of the first poets I read who made me hunger to write. In my opinion, she was the type of poet that made poetry a visceral event; her work moves beyond the depths of emotion and experience into aural and full sensory engagement. She lived, made art and died according to her own rules, and, by doing so, forged an example of how to include aspects of the shadow self inside the work. She was a pathcutter, much like Rimbaud and Stein. I admire that more than almost any single characteristic among writers.

PM: I’m curious, now that these conversations have emerged between you and Sexton, what observations you have about what occurred between you.

ADM: Those texts were a magic mix of communion and examination. I went back and re-read To Live or Die and realized how much of her book influenced the texts’ thematic core. I truly felt like she was with me during the course of a breakdown and she guided me through it with her work—word by word. She believed that we find ourselves in our work, and the truth is in the seeking. I’ll be damned if she wasn’t right.

PM: In what ways is a sense of play or experimentation necessary to your work?

ADM: Play is vital. It’s actually one of the ways by which I make sense of the world. I often ask questions to some historical figure and then construct a response. Or I imagine contemporized versions of mythological figures, or I imagine becoming a myth. As someone who didn’t have much of a childhood, I am making up for it by playing on the page. Language is malleable and forms are ever evolving based on cultural inputs. I see both as a kind of fantasmic playground.

PM: The notes at the back of this collection reference specific texts—primarily philosophical ones—and denote how they are integrated into your work. What is the relationship between your reading and your poem-making? What specifically does philosophy do for you as a poet?

ADM: Although I am primarily an introvert, I desire to be in conversation with great minds. I want to sit at the feet of the wise and ask questions about how their minds work and what their theories imply. And after all of that, I want to reconfigure everything I think I heard or read.

Philosophy implores its readers to be objective and dispassionate for logic’s sake—a sort of natural distance between the thought life and actual life. And because of that distance there’s room to grow and reconsider. Absent pathos or compulsion, thoughts can be agile and changeable. Take Wittgenstein for instance, who makes some appearances in Simulacra. In 1921 while working under Bertrand Russell, he published Tractatus Logico-Philosophicus, which posited that truth comes from an accurate representation of reality. His second book, Philosophical Investigations, published posthumously in 1953, outright contradicted his original work. It was as if he were saying, “that was what I thought then, but this is what I believe now.” There’s a great deal of poetry in that shift.

I value philosophy, and certain philosophers, for their discomfort with dogma and certainty. There’s humble beauty in being an uncertain intellectual, in admitting deliberations are still in session, or straight up admitting previous error in thought or logic. And since I also have a deep admiration for the dialectic—uncertainty and opposing thoughts in discourse fuel my thinking and writing.

PM: Camus’s The Rebel appears as an epigraph, and is echoed in the titles of certain poems. In what ways does his portrayal of the rebel in that text relate to you as an artist?

ADM: So many ways…

Most days I’m a pendulum swinging between innumerable poles and that tendency influences my work. I live a life that requires quick fits of code switching—the domestic and naturally nomadic, the feral and tame, the white and the black, the ancient and the contemporary. I live and/or reimagine with great intensity, and because of this much of my life is predictably unpredictable. Some days, I’m impulsive and others highly restrained. I’m, at once, excitable and passionate and quiet and thoughtful. I am never any one thing but always many things. All of that shows in the work, and I’m not interested in disguising that part of myself. Nor am I interested in following prescribed rules, I’d rather know what they are so I can conscientiously break them. I resist many traditions and yet recognize their importance. I’ve come to fully acknowledge that rebellious side of myself.

Frankly, if accepting and staking out a space for ones’ myriad, problematic and complex self is not the ultimate act of rebellion then I don’t know what is.

PM: Did you begin as a performer and then shift toward writing for the page?

ADM: Yes, I started as a writer who drifted into performance and stayed there for some years and then drifted back to writing. The body is a critical instrument that is often overlooked in writing. In performance, of course, the body is useful to convey. But it’s equally useful in writing. To that end, I try to write and read with feeling. It can be tricky because some poems warrant a certain reading and, absent the author, how would one know how to read it? The key is to communicate feeling and allow the reader to do their own work.

PM: Coming to the title of your collection, Simulacra, in what ways does Baudrillard’s work, and his notions of representation, apply to your poem-making?

ADM: I think about image-making and patterning quite a bit. Then there’s mass consumption and media, which drastically changes our focus and the way we communicate with one another. I suppose, as a poet, I’m charged with finding a way to integrate those concerns.

Simulacra hold interest because they are established by some previous order—an object (or subject) is represented by a former object (or subject). Representation, or image-making, is fundamental to the process of poem-making. In many poems, something presents like something else—it’s the cornerstone of the simile and metaphor. These comparisons seem to be a way to reinforce an idea of culture, language and/or degrees of difference or similarity. But at the same time, the representation itself becomes a type of appropriation, or a shorthand method for absorbing the experiences/appearances of other objects (or subjects). The reader or cultural observer must distinguish between those images that are hyperreal or symbolic, fatal or banal, and those that appear to disappear or appear to remain.

One of the reasons I adore Baudrillard is because his work, his theory about the simulacrum, embraces a radical opposition in which reconciliation and synthesis are not goals. In my own view, I think healthy antagonism fuels a type of rigor in which the end goal is not to sing “Kumbaya” at the end of a disagreement but rather learn how to live with disagreements. I embrace the same notion in my poems.

ADM: Everything I write is biographical though not necessarily (and technically) autobiographical. For those who are closest to me, I can feel their issues and problems as if they were my own. That level of empathy has led to psychiatric interventions and exposed my own inherited weaknesses. I’ve allowed my life in a lot of ways to become a simulation. My poems suggest that form and life are inextricable. And while I am certainly neo-confessional, the confession is not always my own. As I mentioned earlier, simulacra absorb the experience or appearances of other objects/subjects.

But I will disclose these three things: 1. I grew up with a heroin-addicted father. 2. I required psychiatric intervention and 3. Once upon a time, one of my psych nurses was named Anne Sexton.

As for everything else, I will let the gentle reader decide what truth is.

Writers Respond to Defunding the NEA and NEH

How a Dictionary Got Into the Marriage Equality Debate 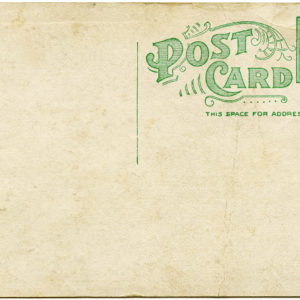 Writers Respond to Defunding the NEA and NEH

Last week, Donald Trump announced his budget proposal, which includes the defunding of the National Endowment for the Arts...
© LitHub
Back to top