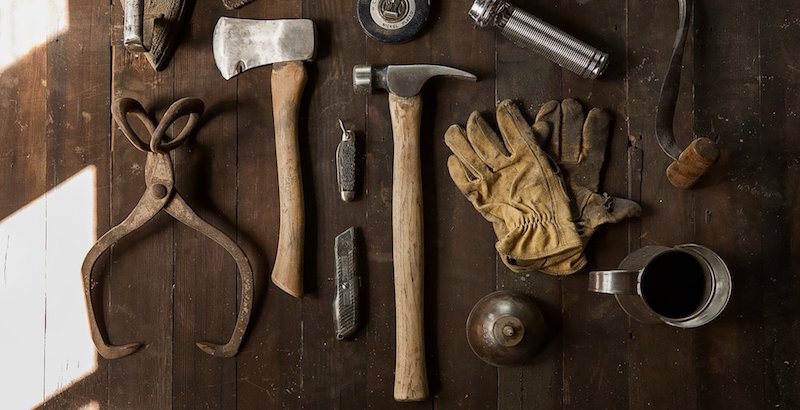 Against the Myth of the
Macho Craftsman

On the Idea of Crafting as Community Support

Here is one of the cautionary lessons that American craft history has to offer: It is great to see artisans flourishing again, but dismaying to see the myth of the “self-made man”—embodied by Benjamin Franklin, and popularized throughout the 19th century—returning in force. Matthew Crawford’s widely read book Shop Class as Soulcraft and, more recently, Eric Gorges’s A Craftsman’s Legacy are among the titles that have put this rhetoric back into circulation. Both Crawford and Gorges repair motorcycles, a classic emblem of American freedom, and both see themselves as “gearheads” who have escaped dehumanizing white-collar experience. In a garage, Crawford says, “one feels like a man, not like a cog in a machine,” while Gorges writes that “the craftsman ‘battles’ for perfection. I use that word consciously because it is a battle; it’s a messy and valiant struggle that each one of us is bound to lose . . . To win the war you have to accept loss in the battle.”

Such macho swagger ignores the broader context that craftspeople actually need in order to thrive—for starters, the executives, marketers, and other paper pushers at Harley-Davidson and other companies without whom motorcycle repair shops would have nothing to repair. If we’re not careful, we might find ourselves back under Longfellow’s spreading chestnut tree, proclaiming the freedom of new-model village blacksmiths when we should instead be seeing craft as a great connector.

The sort of unfettered individualism that Crawford and Gorges espouse has always been an unacknowledged expression of privilege. Frederick Douglass certainly made effective use of the “self-made man” ideal, but he was also well aware that systemic injustice could not be solved by personal commitment alone. Unfortunately, though, collective action has never been a real strength of American craft. The labor union movement has been (and remains) the best way for the skilled to join in solidarity, but it has long been disconnected from other forms of craft, while suffering from its own problems of racism, nativism, and sexism. These were ultimately self-defeating instincts, excluding African Americans, immigrants, and women who would have been valuable participants.

It doesn’t need to stay this way. Craft has the potential to bring together people from all backgrounds, with the workshop as common ground. This is exactly what is happening, here and there, in America. Tellingly, areas ravaged by postindustrial decline are the most fertile ground, as inexpensive real estate, well stocked with suitable workshop space, is being reoccupied by makers. The Kensington and Fishtown neighborhoods of Philadelphia (a century ago, the most productive textile districts in the country) are seeing a revival of making, with old factories transformed into multipurpose artisanal ateliers like the Globe Dye Works and MaKen Studios.

A business model first developed during the Arts and Crafts movement can still be effective in the 21st century: high-end craft not for its own sake, but as a means of support for a whole community.

Similarly, Detroit is transforming itself into one of America’s most creative and exciting places. According to the Urban Manufacturing Alliance, which has studied small-batch production in a number of American cities, the manufacturing sector employs the second-highest number of people in Detroit (the first is health care) and, on average, is the best paid. Machine shops, audio equipment manufacturers, leather apparel makers, and artists’ studios have all breathed life into the city’s neighborhoods. Research also indicates that one of small businesses’ biggest problems is finding qualified new employees. Even in Detroit, with its rich heritage of manufacturing, demand for skilled artisans actually outstrips supply.

The workshop of the Detroit designer Chris Schanck demonstrates the possibilities. After graduating from nearby Cranbrook Academy, he set up a studio in his own home, located in Banglatown, a Detroit neighborhood nicknamed for its large Bangladeshi immigrant population. In the rooms of his little house, he began making unusual furniture, built from salvaged scrap parts layered with foam, metallic foil, and resin—cheap materials elevated to spectacular effect. “I always left the door open,” he remarks, “and people would wander in. Sometimes they stayed.”

Casual contributions from passersby eventually turned into full-on collaboration, with local Bangladeshi women, upholsterers, and welders with experience in the auto industry, and art students all taking part. The tasks are divided, as in a 19th-century workshop, but there is also high internal morale and contributions from everyone involved. Eventually Schanck became successful enough to buy a vacant tool-and-die facility and turn it into a functioning workshop. The furniture that he and his team make there is expensive, sold through galleries and direct commissions. His particular route to success would be hard to replicate. Still, he has proved that a business model first developed during the Arts and Crafts movement can still be effective in the 21st century: high-end craft not for its own sake, but as a means of support for a whole community. 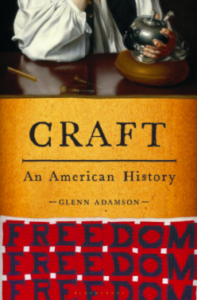 Glenn Adamson is Head of Graduate Studies and Deputy Head of Research at the Victoria & Albert Museum. He is also author of The Craft Reader (Berg, 2009) and Thinking Through Craft (Berg, 2007). 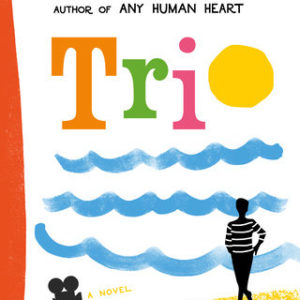 There were two basic types of alcoholics, Elfrida realised, and she liked to categorise them as “Sippers” and “Benders.”...
© LitHub
Back to top
Loading Comments...