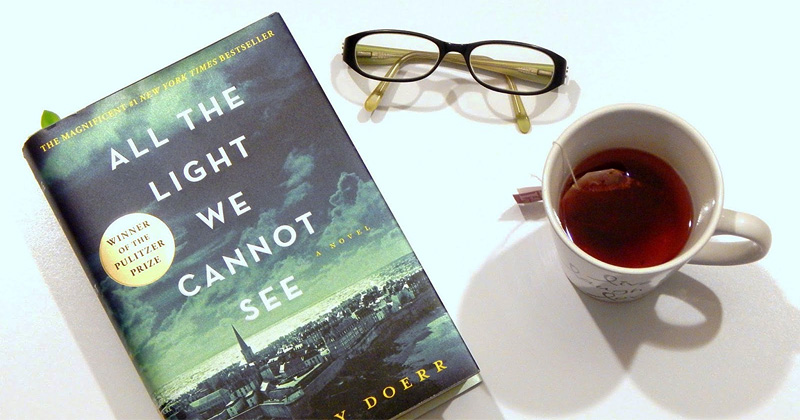 After Not Finishing a Book in 35 Years, How My Father Became a Reader

Mariya Karimjee on a Very Special Book Club of Two

When I was seven years old, I crawled into the small space between a cabinet and the wall with a worn paperback copy of Enid Blyton’s The Famous Five. Hidden from everyone in the house, I sank so deeply into the story that by the time I’d finished, I could not believe that I was still in Pakistan. It was only after I walked into the kitchen for a snack that I realized the inadvertent commotion I had caused. While I had been on adventures with George, a tomboy with a private island, my parents had been searching for me, terrified.

In the years following this incident, my father and I would recount the story differently—I remembered that transcendent magic of losing all sense of time and place. He remembered the acute panic of not knowing where I was.

My father had trouble believing that I could tune out everything when fully engrossed in a book. Over the rest of my adolescence, my love for books would chafe against his understanding of their power. It was a fight we had in many iterations: Him, yelling as I tried to bow out of a family obligation scheduled on the same day as the release of the seventh Harry Potter book. Him, yelling when I wanted to spend an hour by myself on family vacation, reading a book instead of going on a hike. Him, yelling when he realized my entire paycheck from the bookstore I worked at had been spent on books sold there.

In high school, I realized that my love for words had given me the only real career direction I would ever need. My father still did not understand. He was a businessman, interested in bottom lines and earning potential. The life I was choosing seemed filled with uncertainty and rejection. With my mother, who also loved reading, I knew I could always talk about books and diction and syntax, the stories I was learning to tell. But I couldn’t even convince my father that books mattered.

Six years after leaving for college, I moved back in with my parents, living in their Karachi apartment as an adult for the very first time.

As I was rediscovering my hometown, I also rediscovered my father. I’d always had a vague understanding of his upbringing, but as we drove past the gorgeous 19th century building he’d attended school at, or stopped in front of the concrete behemoth that was his first home, I began to fill in the blanks of my father’s life. My father learned to read in the rigid, post-colonial education environment of 1970s Karachi. He believed he wasn’t smart enough to absorb books, but I refused to agree with him: you love words, I argued with him pointing to the evocative travel emails he wrote for family and friends. Each time we had the conversation, he’d grow despondent. “It’s just not for me,” he said. My mother always told me to back down. “You don’t’ know what it must have been like for him to be scolded in school,” she told me.

Four years after I moved home, my father and I went out to his favorite restaurant for dinner, just the two of us. I’d been elbow-deep in my own memoir, and had forced myself to dress and leave the house. Still stuck in the words I’d been wrestling with all day, I found it challenging to be present in the conversation we were having. “What have you been working on,” he asked me, and I began telling him about the structural problems I had run up against. It was the first time I’d spoken to him about craft—to both of our surprise, I found that he was paying attention to the conversation in a way he’d never done before. “It doesn’t just happen?” he asked. I clenched my fingers into my palms. “No,” I told him. “I don’t just create something in one sitting.” Finally, I told him that if he tried to read, he’d understand better.

He had not read a book in 35 years. When I went home that evening, I stood in front of my bookshelves, running my fingers over the spines of my well-loved, curated collection. I pulled Anthony Doerr’s All The Light We Cannot See off the shelf and handed it to my father. His eyes rounded. “It’s so big,” he exclaimed, and I cringed, agreeing. He packed it into his suitcase for an upcoming business trip to Paris.

I had been certain that if my father gave the book a chance, he’d love it. But no one else I knew was similarly convinced. “Why not Dan Brown?” asked a family friend. I thought of my father’s inexplicable love of the Tom Hanks movies, and shook my head. Too didactic, I explained. “James Patterson,” suggested my mother. I had never read anything by Patterson, but dismissed her as well.

If I had one book to change his mind, I wanted it to be a book I felt strongly about. This had been on the bestseller list for months; it clearly had mass appeal. It was also one of the few books I’d read in years that had captivated me like the books of my childhood. I’d read All the Light We Cannot See in my bedroom with the door closed and the fan running full speed. I was so caught up in the story that I had not heard our apartment’s alarm system go off because of a short circuit, or heard the security guards arrive at the house, ringing the doorbell. The incident seemed plucked from my childhood. “How could you not hear them,” my father had thundered. Standing in front of his anger and confusion, I felt like I was seven again.

At first, I texted my father every day of his trip, checking on his progress. “I’m on a business trip,” he told me. “It’s not like I have time.” But he finally cracked open the book on a five-hour train journey. Within three chapters, he was hooked.

Over the next few weeks, my father texted me sentences and took photographs of entire paragraphs that had moved him. He highlighted words, asked me about moments he believed were foreshadowing. He lost himself in the prose, just as I had. “Should I read Jules Verne?” he asked me. Doerr’s description of Marie-Laure’s delight in his work had piqued my father’s interest.

On his flight back from France, he didn’t sleep a wink, didn’t even watch a movie. “I finished the book as the wheels hit the tarmac,” he told me, waking me from sleep as soon as he entered the house. “What’s next?” he asked.

I handed him Carlos Ruiz Zafron’s The Shadow of the Wind. Barcelona was a city familiar to my father, who had visited often on sales trips. I hoped that it would also hold his interest. Like Doerr’s novel, this was a book for people who loved books.

He read even faster this time, often choosing to the book over television. He opened a note on his phone to keep a running list of words he’d loved so much he wanted to use them. He’d text me, asking if he’d used them correctly in a sentence.

The third book my father read was Khalid Hosseini’s The Kite Runner. When he finished, he didn’t immediately ask for another. “I’m not quite over the book,” he told me. “I am just not ready to start another one.” I laughed at him, and told him he had a book hangover. Three days later, I left Half of a Yellow Sun on his bed.

Like the best student, my father often asked for me for advice about how to read a book. With the Kite Runner, he slumped in the middle, then had difficulty picking the book back up. With Half of a Yellow Sun, he struggled with the beginning. “I don’t think this one is for me,” he said. The book was harder—in the other books, the settings had been familiar to him. Nigeria was a black hole in his knowledge; he had to pay much closer attention to every bit of the description to draw it in his mind.

“There’s too much history,” he argued. I shook my head. There’s no more history than a World War II novel, I told him. Definitely no more unfamiliar to you than Barcelona during the Spanish Civil War. I saw that the leather bookmark inside hadn’t moved in three days. I urged him to pick it up again. There’s no shame in rereading the beginning, I told him.

A week later, he was midway through the book. “Mariya,” he called to me one Saturday afternoon, sitting on the couch with newspapers spread around him, the book open on his lap, and a Google map of Nigeria on his phone. “Listen to this!” He read a paragraph from the book to me. “How did she do this,” he wondered, amazed at the way she’d brought emotion into the passage by describing nature. It was a close, literary reading of a passage—the kind of exercise I slogged through in my college English classes.

When we’d started down this path, me handing my reluctant father literary fiction, I’d never imagined that we would start talking about books the way I did with my writer friends. Part of me had assumed these were things that might remain inaccessible to people who weren’t readers, who hadn’t studied books through high school and college. Tense shifts, diction, the way chapters were broken up—these weren’t details I imagined I would ever debate fervently with my father.

When I left for the U.S. in late March, I left a stack of books in my bedroom. I wasn’t sure he’d ever forgive me for the times I’d lost myself entirely in books, but I knew he now understood why I loved them.

Just because I’m leaving doesn’t mean you stop reading, I told him, and he shook his head at me, shaking it solemnly.

Running Towards My Father

Two Decades of Reading Beside the Woman I Love 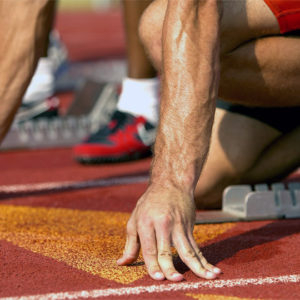 Running Towards My Father

If in the late evening just inside the borders of Washington, D.C., you venture to a track—not quite the regulation 400 meters—tucked...
© LitHub
Back to top