After Alabama: Political Victories Don’t Put Food on the Table

My friend was in academic advising appointment for his second semester of graduate school when he got the phone call from his building’s administrator. He told me that because his sister hadn’t paid the bill on time, the lights were disconnected, troubling because his nephew is still young and it’s the middle of winter. I thought of course of the unusual amount of snowfall that Alabama saw just last week. I thought of course of my own childhood in Alabama, where we lived in a tin trailer that had no heat. I thought of how I’d wake in the middle of the night so cold that I’d go outside and stand on our porch because it was warmer there than inside. I thought of all the times my mother had forgotten or refused to pay the electric bill, the inky darkness that descends across the state of Alabama at night, deeper and darker the poorer you are. When we got to the point in the conversation where he said, “I’m sick of solving problems,” he was talking of course about the innumerable problems one has to solve when you make little money and try to live in the world.

My friend voted in the Alabama special election. We spoke on the phone last night, just as the results were coming in. He said that he felt like he was a part of something larger, a part of “the movement.” I didn’t ask which movement. I had been a part of another movement, the movement out of Alabama. I had left four years ago to go to grad school in the Midwest. I had spent my whole life waiting to leave. That had been my movement. But my friend was of course speaking of a different movement, something loose and intangible—the resistance, which sometimes seems more like an attitude than an actual coherent political movement, but politics begin somewhere, and Alabama voted against a pedophile, so there is that. Last night, his mood was optimistic. Buoyant. He told how he drove all the way to Lowndes County to vote because he hadn’t changed his registration. I thought of him on the roads, the swift darkness that comes to Alabama in the winter, thought of the ice though of course that was now melted and forgotten. But in memory, at a remove, the ice sticks. I can’t forget it. Then, his voice grew somber. He said that one of his childhood friends had been killed a few days ago because someone had run him over while he had been trying to help someone stranded on the side of the road. He said, in the middle of all of the Facebook updates about the election, that bit of news stood out. But when we said goodbye, his mood was upbeat.

Wednesday was a different matter. He managed to get the money in order to get the electricity turned back on through a series of loans from other friends, but he wasn’t sure if there would be heat in the house for the baby. He was concerned for his nephew. But also, frustrated, angry, annoyed. He was sick of solving problems, in his life.

I thought of the unfolding narrative of social media, “Black women saved this country!” Black women always save the country. But where is the concern for black women? For black people? Alabama has been a dense collection of political energies for the past month or so, but what will happen when this energy dissipates? What will happen to the black women and black men in Alabama who rise in the darkness of early morning and return home under darkness of night, who work and work and work, for themselves, for the country, and still find their electricity disconnected, their rights infringed upon, their bodies violated, their contributions to this nation questioned again and again. I grow frustrated with the narrative of black people saving the day when black people were not the ones who put the day into peril in the first place. It’s tiresome and offensive.

“I’m choosing to rise above. I could flip the fuck out, but I’m choosing to rise above,” my friend said, speaking of his sister, of the electric bill. He was not talking about the election. He was not talking about saving America, though of course he could have been. That’s the cruel irony of blackness in America—it’s possible to be a hero and still find yourself without electricity. It’s possible to save the day and still find oneself in peril.

I shared a draft of this essay with him. And he paused, and then said, “When you were reading that to me, I kept thinking… that’s not me, it’s not that bad.” He said that when you live your life, you’re just trying to live it. You aren’t doing anything except trying to get by. To make it. But when it’s all laid out like that, you realize how bad it is. How much of a struggle it is.” I asked how he felt about the election today. He laughed, low and deep.

David Grossman on the Stories We Tell Ourselves 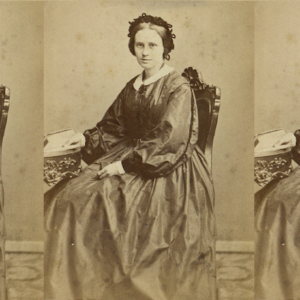 The bloody catharsis of femme revenge: Emma Eisenberg seeks out stories of women who are done rising above it. | Literary...
© LitHub
Back to top