A Writer with the Heart of a Dog: Early Reviews of Jack London’s The Call of the Wild

“Jack London seems to possess an intuition of the dog life.” 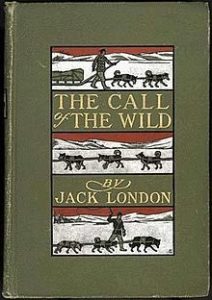 He was mastered by the sheer surging of life, the tidal wave of being, the perfect joy of each separate muscle, joint, and sinew in that it was everything that was not death, that it was aglow and rampant, expressing itself in movement, flying exultantly under the stars.

“Jack London’s news story, The Call of the Wild, is the romance of Buck, a great dog. Buck’s sire was a St. Bernard, and his mother was a Collie, and he was shaggy, big of body, strong of muscle and stout of heart. He was stolen from a California ranch and taken to live in the far glacier land of the North, where he was put in a team with work dogs and made to carry the Yukon mail. Jack London seems to possess an intuition of the dog life, and the dog heart, an insight which must have come from intimacy and communion with some big, noble, shaggy friend; and the story is related with a simple, direct, dramatic force which enchains interest; and which is art. The Republic unhesitatingly recommends The Call of the Wild as a story of quality, not surpassed by Bob, Son of Battle, and not approached by any other similar tale.

“During the four years of his puppyhood in California, Buck had lived the life of a country gentleman, fond of activity, of the water and the hunt, but ignorant of hardship and toil. Stolen and taken into the Yukon country, his character changed and he became hard under the hard conditions of life, a leader and master among dogs, turning back toward savage instincts. As time goes on he hearkens more and more to the ‘Call of the Wild’ until, at last, after years fraught with incident and adventure, he yields himself to the mastery of primitive instincts—to the wild, both without and within himself—and reverts to savagery in the great wilderness of the North. The change from gentleman to savage is effected gradually and traced with absorbing interest. Hamilton Wright Mable says truly: ‘The story has a deep psychologic interest, and may be read as a striking parable; but it is, above all, an absorbing tale of wild life, full of pictorial power and abounding in striking incidents of frontier town, camp and adventure.’ ”

Once Upon A Wardrobe by Patti Callahan, Read by Fiona Hardingham 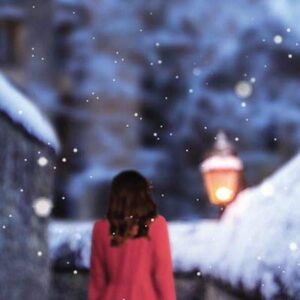 Once Upon A Wardrobe by Patti Callahan, Read by Fiona Hardingham