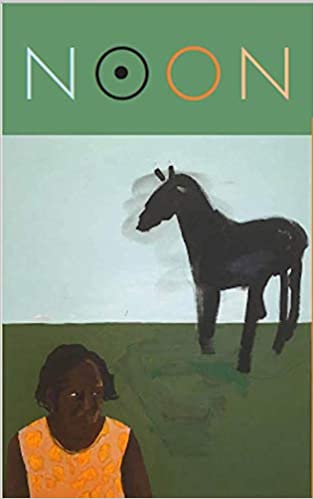 The following story first appeared in NOON 2020. Christine Schutt is the author of three short story collections, and three novels. Her first novel, Florida, was a National Book Award finalist; her second novel, All Souls, a finalist for the 2009 Pulitzer Prize. Her stories have appeared in NOON, Granta, Harper’s, Oxford American, Fence, and other publications.

“I just want Lorna now,” Ray said, and he moved her to the buckboard on the front lawn and twiddled the lens of his Hasselblad until a lean woman showed up clearly, and unexpectedly smiled for him.

Ray clicked a few more times with diminishing success, then lowered the camera and wondered why he had ever felt up to it, a woman taller than himself, and too many years younger—spirited, yes, but often bored and unkind—rarely the woman to smile unbidden. The light was off in her by the time she broke her pose and walked toward him.

“I hope you got what you wanted.”

The briefcase for the Hasselblad was made of a pebbled metal, shiny as foil, tempting to touch. Ray snapped it open and snugged the camera and its attachment in foam. The case attracted Nula almost as much as the camera. She liked the clicking sounds it made when opened and shut, sounds sharp and final.

“Is no one paying attention to you?” Lorna asked. “The camera is off-limits to you. Go find your sisters.”

“They’re not my sisters.”

“Your stepsisters, then, but no one’s keeping you from the party, Cinderella. Play like little parrots,” Lorna said. “Name the presidents on the mountain.”

The girls laughed loud, real laughs, not the ironical noises they made at one another most of the time, but sounds of spontaneous, escalating pleasure—nothing faked.

Early evening and the girls were allowed to souvenir-shop on the town’s main street while Lorna celebrated her purchase of a turquoise squash-blossom necklace that banged against her breast-bone whenever she leaned toward Ray. What had happened to make them so happy?—but it meant the girls were unleashed.

The girls—not Claire—laughed loud, real laughs, not the ironical, nasal noises they made at one another most of the time, but sounds of spontaneous, escalating pleasure—nothing faked. Ray gave them quarters but Lorna had no money for them.

No sirree, she was broke and drinking tequila hahahaha at the Happy Coyote bar.

The signs grew and grew into a green plaster dinosaur some eighty feet long and a howdy sign: WALLCOME TO WALL DRUG.

A lot of things seemed made-up the farther west they drove. Legends.

They saw the chair on which Wild Bill sat with his back to the door when Broken Nose jack, the cheat, shot him.

In the bright surround of the cemetery, trees dripping, dark shrubs jeweled, they stood at his gravesite and read his epitaph: “‘Wild Bill’ died by pistol shot, aged 39. Custer was lonely without him.”

They saw the monumental men with noses big enough to slide down and the chewed-up mountain that was Crazy Horse in the making. The Indian chief looked angry.

Claire read out the names of ghost towns and railroad towns and towns named after mines no more. Tigerville, Teddy Bear, Pactola, Pedro.

Deadwood was alive and thriving, and Claire found such towns on the map: a Wasta, a Wetta, an Etta, a Moon.

Ponies. Remember in the Remington book? The withers, the slack back and ribs, the pointy hips? Nula remembered, if no one else did. The Indian ponies stood swaybacked and sad, but Crazy Horse’s horse in the model looked indignant: small, pretty face, imposing neck, and wavy mane.

Once they crossed into Wyoming, Claire pressed close to the clouds happening outside the car—one moment shredded, the next, fluffed, but she couldn’t make anything out of the clouds. All she ever saw was herself flying or jumping into them.

A lot of things seemed made-up the farther west they drove. Legends.

The potato head was Claire and Edie’s mother’s boyfriend. His eyes leaked and he chewed with his mouth open, ate too much, burped. Every time he was at their house, and he was there a lot of the time, he ate too much, and after dinner, farted. All around them mountains, and in time before the sunset, a lodge came into view. The cabin the girls shared had a sawdust smell. Narrow cots, heavy blankets. Edie woke up in a sweat. Edie told Nula that because of Lorna, their father might go to hell.

Kansas was the tornado signaled by a glowering sky that Ray and Lorna knew was dangerous but kept to themselves all day, until the manager of the tiny motel knocked on their door in the night and led the family to the cellar, with Lorna and Ray telling the manager they had expected as much. Why didn’t you tell us?

They sat on the cool floor in the cellar, and it seemed to Nula darker forms made room for them, whispered. The loudest whispering came from Claire, pleading with Lorna to retrieve her jewelry box, pink and square with a lock and key, and under the lid, silky compartments and drawers for valuables, chief among which was a ruby circle pin the size of a quarter, from her mother in advance of a birthday they would not share.

Lorna was about to die for Claire’s stupid circle pin, for Claire who wasn’t her daughter. Nula meant to shriek, Don’t go! The winds picked up, the bulkhead banged, and Lorna came back. The tornado spun south of the motel—some poles down, some trees—no one killed in the vacancy that was Kansas.

Ray informed them all that a tornado could drive a toothpick into a plank of wood, but what did that even mean?

“A Wasta, a Wetta, an Etta, a Moon” first appeared in NOON 2020 and is reprinted courtesy of the author and NOON.

Behind the Mic: On Something That May Shock and Discredit You by Daniel Mallory Ortberg, Read by the Author 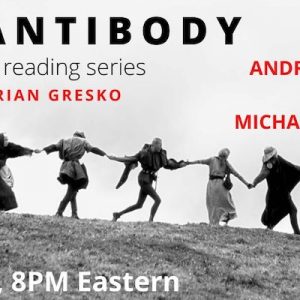 Antibody: Starring Andrew Altschul, Rachel Lyon, and Michael J. Seidlinger This is episode two of The Antibody Reading Series, a weekly reading and Q and A hosted by Brian Gresko. Tonight's guests...
© LitHub
Back to top