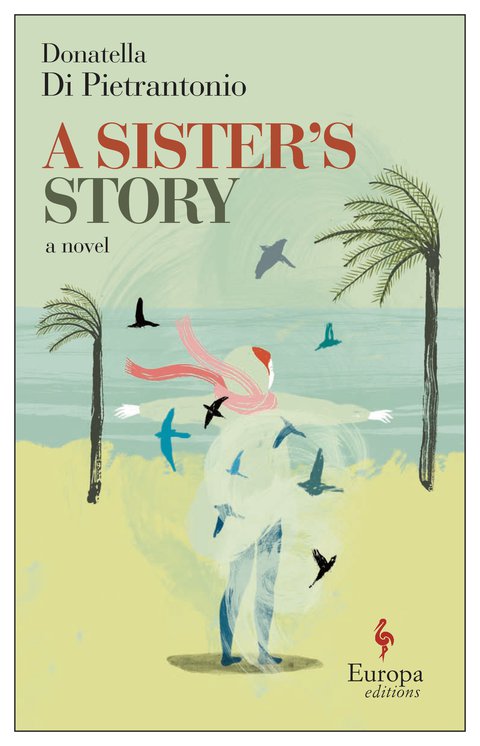 The following is excerpted from Donatella Di Pietrantonio's new novel, A Sister's Story, translated by Ann Goldstein. Di Pietrantonio's short fiction has been published by Granta Italy, and her novel, Bella mia, was nominated for the Strega Prize and won the Brancati Prize. A Sister’s Story was a finalist for the 2021 Strega Prize. Ann Goldstein has translated all of Elena Ferrante’s books. She has been honored with a Guggenheim Fellowship and is the recipient of the PEN Renato Poggioli Translation Award.

I can’t sleep in this hotel room. I give in to exhaustion, but wake quickly with a start, open my eyes in the darkness. It’s a long time since then, and the celebration of Piero’s graduation is an unreliable memory, or a fragmentary dream. I may not be able to reestablish the truth of anything, after the phone call I got yesterday. The dim light of the corridor filters under the door, along with a faint shuffling. Other memories pass by, crowding, disorderly. Memory chooses its cards from the deck, exchanges them, sometimes cheats.

I traveled all day, on various trains, listening to the loudspeaker announcements first in French and then in Italian. The names of the smaller stations, where we didn’t stop, filed by in a flash; some I couldn’t manage to read. Suddenly in the afternoon the window was filled by the sea, the rippling Adriatic, so close to the train tracks in some places. Crossing the Marche I had the optical illusion that the buildings were leaning toward the beach, as if drawn by the water. Adriana doesn’t know I’ve arrived. I’ll go and see her tomorrow, but not in Borgo Sud.

Here there’s no salt smell, and the sound of the waves barely filters in from outside.

Here in the hotel they asked me if I wanted to eat, but I said I was too tired to come down to dinner. Strong, kind Abruzzo knocked while I was watching the news, brought me biscuits and warm milk in the hands of a fair-haired girl. I didn’t add sugar: it was sweet without. The forgotten taste of our first nourishment: I drank it in small sips—I wasn’t expecting all that comfort.

Christophe says that milk is bad for adults, that only man is so stupid as to go on drinking it after he’s weaned. But then I saw him come out on the landing reaching into a bag of potato chips. He is my across-the-hall French neighbor, who works at the synchrotron in Grenoble. We share a cat and the care of some plants that live between our doors. I left him a note before departing; he’ll have to look after them now.

But sometimes when Piero came home late in the evening, he liked it: “I’ll just have milk and biscuits.”

We always had them in many flavors, for breakfast. He’d dip them in the cup one by one, holding them between thumb and index finger, and tell me about the day.

The house we lived in as husband and wife isn’t far from here. I mentally review the cross streets that divide this street from Via Zara. I still have an image of that apartment so precise that even today I could list every detail: the cracked tile in the bathroom that sounded mutely if you walked on it, the evolutions of the light on the walls in the daytime hours. The first wake-up for us was a faint rattle at the window when the sun came to warm it, a sudden expansion of the glass. Piero would start to turn over, protesting against the necessity of getting up. We breathed an air that was always faintly blue, coming from the balcony that looked out on the sea. The sea evaporated in our house.

Here there’s no salt smell, and the sound of the waves barely filters in from outside.

I didn’t sleep that night, either, in the bed that was too wide. It was our third summer there, the new smell of the furniture had disappeared, and in the kitchen the stove had lost its shine. Piero was looking after his father, who was in the hospital. At the darkest moment before dawn someone pressed the bell furiously. She shouted her name and in a moment was on my floor, breathing hard, her nervous steps arriving outside the door. I delayed a moment turning the key to unlock the door, on the other side she was grumbling at me. I hadn’t seen her for more than a year: my sister.

As children we were inseparable, then we had learned to lose each other. She could leave me without news of herself for months, but it had never been this long. She seemed to obey a nomadic instinct; when a place no longer suited her, she abandoned it. Every so often our mother said to her: you’re a Gypsy. Later I was, too, in another way.

I almost didn’t recognize her: she was wearing a nearly shapeless straw hat, the edge frayed on one side. Under it, however, the eyes were hers.

She rushed in, and with a push of her foot backward closed the door behind her. One of the slip-ons she was wearing fell off and stayed on the floor upside down. The baby was sleeping in her arms, his bare legs inert along her thin body, his head under her chin. It was her son, and I didn’t know he’d been born.

I couldn’t have imagined the revolution that was about to begin: if I had foreseen it I might have left them outside. Adriana believed she was an angel with a sword, but she was a careless angel and sometimes wounded by mistake. If she hadn’t arrived, who knows, maybe all the rest wouldn’t have happened.

Our last encounter had ended in a quarrel; after several weeks I’d looked for her in vain. I was waiting for a move from her. None of our common acquaintances had seen her in the city, but now and then she’d send a postcard to our parents, up in the town. They showed them to me when I went to see them: port of Pescara, Pescara by night. Many greetings from your daughter, then the signature with a flourish. She knew that I would read them, they were for me: the proof that she was alive and nearby.

Her move came at three in the morning of a June day. I don’t know how long I would have stood still and silent, looking at them. From the back like that the baby seemed a large doll, one of those his mother never had as a child.

I almost didn’t recognize her: she was wearing a nearly shapeless straw hat, with faded fake flowers on the broad brim, the edge frayed on one side. Under it, however, the eyes were hers, luminous and sharp, but wide open, as when she was afraid.

She asked me about Piero, I told her where he was. Then she got impatient with both of us standing in the entrance, and almost went through me. She hadn’t forgotten the house, where she’d been a few times, and headed confidently toward the bedroom. She put the baby on the bed and covered him with the sheet, then sat down next to him. I was in front of her and she didn’t speak, she held her sweaty face in her hands, elbows on her knees. At her feet the bag she’d dropped from her shoulder.

“What happened?” I tried to ask.

She didn’t answer, but went to the window to hide her tears. She was trembling slightly, her shoulder blades prominent under the nightgown that I had taken for a summer dress. The edge of the hat bumped against the glass and it fell off. Over her right ear a single snip of the scissors had cut her shoulder-length hair cleanly, as in a game of hairdresser with a bad ending. She immediately covered up the damage, ignoring the surprise on my face. A faint rustling, the baby had thrown off the sheet and turned toward the lighted lamp. He was sleeping in the same position he’d had inside his mother’s belly, cheeks round, damp commas of hair on his forehead.

“What’s his name?” I asked softly.

“Vincenzo,” Adriana answered from the window.

I knelt beside the bed, I sniffed my nephew. He smelled clean, his head of still warm bread. I risked a caress, barely touching him.

“You’ll have to keep us here for a little while,” Adriana said.

Her serious tone frightened me more than the request.

“Piero is good, he’ll want us for sure. Maybe you don’t want us,” and she turned again to look out, at the cones of white light from the street lamps on the pavement.

I left her there and went to the kitchen to boil some water. She rebelled at the cup of hot chamomile, but then blew over it to cool it and took it like a bitter syrup, in noisy sips followed by a grimace of disgust.

A brief moan from the baby, he uncurled his hands reflexively, but didn’t wake up.

“Here, no,” she said thoughtfully.

Afterward she went to the bathroom, still with one foot bare, one stuck in the sandal. I went over to Vincenzo, searching for similarities, but it was hard while he was sleeping, only his slightly impudent mouth seemed his mother’s. And the shape of his nose recalled the other Vincenzo, the uncle he would never know.

In time he came increasingly to resemble him, in his face, in his way of walking, of laughing with his head thrown back. When his mother brought him to the town, people in the square stopped to look at him, so like the one who was no longer there. He also has the same determination, but my nephew knows where to apply it. At six he would concentrate for hours on his Lego bricks: he constructed ships complete in every detail. Now he wants to become a nautical engineer.

“I’ll give you a thrashing if you don’t study,” his mother threatens him sometimes, but there’s no need.

The child’s name impressed me that night. Repeating it to myself later, I found it more right each time. Vincenzo sounds fresh and old in the same three syllables. Adriana has bound her child to a story of misfortunes and miracles, deaths and survivals: the unadorned story of our family. This Vincenzo seems to me stronger than the adversities, even now I would bet on his future.

Excerpted from A Sister’s Story by Donatella Di Pietrantonio, translated by Ann Goldstein. Reprinted with permission of the publisher, Europa Editions. 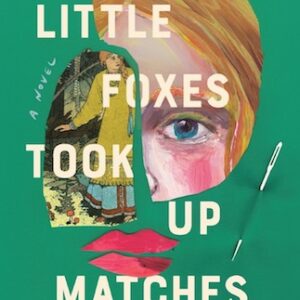 Little Foxes Took Up Matches Have you ever heard about Koschei the Deathless? Koschei is a villain, in possession of many treasures that he hoards. He may not be killed...
© LitHub
Back to top