A Show of One’s Own: On the Women Who Made the Leap from Saturday Night Live to Sitcoms

The intimidating process of trying out for Saturday Night Live is the stuff of legend, but for most performers, the audition never stops. To make the jump from SNL player to movie and television star, each comedian must establish a distinct but versatile persona, burnishing their brand while showcasing range. It’s no easy feat, and, as Nick Marx and others have noted, this transition is most effortlessly made by its white male performers.

There’s Chevy Chase (arrogant doofus) to Andy Samberg (high-spirited Bar Mitzvah boy), Adam Sandler (vulnerable man-baby mid-tantrum) to Will Ferrell (unsmiling giant without pants). Women on SNL have historically struggled with this jump, and many of the most successful female alums failed to thrive on the show, Julia Louis-Dreyfus and Jenny Slate being two textbook examples.

But then there’s Tina Fey. 30 Rock’s Liz Lemon is, in nearly all ways, the Tina Fey of “Weekend Update” and SNL head writer fame, and Alec Baldwin both is and isn’t Lorne Michaels. So, while 30 Rock is a faster, weirder, more niche sitcom than SNL’s broader, mainstream variety patter, Fey is the common ingredient, the spun-off property ensconced in the NBC family and mythology.

When a comedian anchors herself to the shtick she cultivated on SNL, the effect can be grounding—or sinking. Hollywood’s familiar formula of seeking out “the same but different” applies here, each performer striving to maintain continuity while offering something new and surprising. With the ascent of “magic half-hour” programs comes two more star turns from SNL alums: Apple TV’s Loot, starring Maya Rudolph, and Showtime’s I Love That for You, starring Vanessa Bayer and (comparative) SNL elder stateswoman Molly Shannon.

Both series are compelling, if messy, studies in how the SNL actress might make the leap from short-form bit work to long(er)-form storytelling. I Love That for You is the more ambitious experiment, veering wildly between moods and registers, while Loot provides smoother sailing (on a multi-million-dollar yacht).

Loot is a treat for the senses: a saturated color palette, a soundtrack with plenty of swagger, shots of high fashion alongside shots of food you want to eat when you’re high. And then there’s La Grande Dame Maya, with the wide, warm, beaming expression we’ve come to know in SNL, Bridesmaids, and The Good Place. Rudolph’s appeal stems from the fact that she can be larger-than-life but still goofy and accessible. She walks around with supreme confidence, sometimes unearned, often destined for a fall: cut to the image of an elegant bride crapping in the street. And she can wear the hell out of a kaftan.

When a comedian anchors herself to the shtick she cultivated on SNL, the effect can be grounding—or sinking.

This makes Rudolph a perfect fit to play Molly Wells, a wronged billionaire’s wife who takes charge of her charitable foundation in the wake of her ugly divorce. Loot is more than a work of fan fiction about the former Mrs. MacKenzie Bezos, but the parallels between the real-life inspiration and this re-imagining from the minds of Alan Yang and Matt Hubbard are unavoidable. Loot is both funny and feel-good, reminiscent of Parks and Recreation (which Yang wrote and produced) and fellow Apple TV hit Ted Lasso. Is Loot as funny as Parks, as life-affirming as Ted Lasso? Admittedly, no. But there is a lot to recommend it, and not all of it has to do with Rudolph’s name above the title.

Loot has put together an impressive cast of character actors in its ensemble: Michaela Jaé Rodriguez as Sofia, the prickly, principled boss; Joel Kim Booster as a superficial assistant with secret dreams; Nat Faxon as a nerdy, open-hearted accountant. (If you were playing Parks and Rec bingo, you could check off Leslie, Tom, and Ben right there.)

My personal favorite is Ron Funches, who plays Molly’s cousin and officemate and can deliver a scathing insult in the voice of an old school Care Bear. In the “Philanthropic Humanitarian Awards” episode, Molly chooses to spotlight the accomplishments of her staff, a neat meta-commentary on the show’s commitments to its secondary characters.

Still, as Sofia notes, Molly makes them better, and Loot is, above all, an opportunity for Maya Rudolph to branch out while remaining rooted in the wacky, welcoming vibe she has been cultivating for decades. But her wildest outing comes during Loot’s viral moment, when Molly appears on the YouTube interview show Hot Ones.

As Rudolph’s Molly devours increasingly spicy chicken wings, she downs beer and milk like her life depends on it; she screams about blowing out her pants and murdering everyone there and getting away with it, because she’s that rich. Her slurred delivery of the simple line, “Let me tell you something, Sean,” is pitch-perfect Rudolph, even if it isn’t exactly the Molly we’ve come to know; this sequence might make you miss her SNL days or wish the short-lived Maya & Marty variety show had had legs.

Comedy is not just a category the algorithm can recommend. It is also a method, a way of getting at things.

Ultimately, Loot counts on the viewer loving Rudolph and wanting to feel good. (Apple had me pegged, which maybe isn’t hard since they have my data.) In lieu of Ted Lasso’s “Believe” sign, there’s an office sign that reads “Be Nice, Have Fun.” Even as the latter half of Loot’s first season veers into perkily political territory (should there even be billionaires?), the show never questions that being nice and having fun are one and the same.

I Love That for You goes darker and weirder, and if it doesn’t always land just right, it’s probably because it’s aiming for a tighter helipad.

While Loot is a show about fundamentally good people uncovering their best selves, I Love That for You is a cynical screwball comedy with a fraught relationship to the very idea of authenticity. It is a show about characters who want to live laugh love, but only in a scripted-font sort of way and at a reasonable price point. It is a show about luxury and loneliness. But, bottom line, I Love That for You is about Joanna Gold, a childhood cancer survivor (Vanessa Bayer) who pretends her cancer has returned to keep her dream job as a host on the Super Value Network.

It is not a relaxing show, and it shouldn’t work. Sometimes it doesn’t. Bayer sets the cringe tone: her petrified cheer—open-mouthed, Muppet-y smile—is familiar from many of her SNL characters, including tongue-tied weather girl Dawn Lazarus. At times, her over-the-top awkwardness and feigned coolness feel out of step with the rest of show, an eruption of sketch energy in what is arguably a dramedy.

But that unevenness is spread across the cast. Joanna’s work nemesis (Ayden Mayeri) would comfortably slot into a multi-camera sitcom, while the magnetic Jenifer Lewis, as Joanna Gold’s intimidating boss, turns in a performance that is big but never broad. The characters played by Matt Rogers and Johnno Lewis—an executive assistant and SVN host, respectively—live somewhere in the middle.

What’s special about I Love That for You is that it gives the curious, literate viewer the opportunity to dismantle the wound-up ball of angora yarn and barbed wire that is Bayer’s screen presence. In a scene when Joanna is tasked to sell convincing faux flowers, she speaks impassionedly into the camera: “Are these flowers real? Maybe not. But if they are bringing beauty, positivity, and connection into your world, does it really matter that they’re faux? I say no. I. Say. No.” Her voice sounds sure, but her eyes glitter with fear. Can you forge a real connection buying silk roses and pleather purses from your friends on television? Can a facsimile of happiness function as genuine contentment or, at least, move you in the right direction? These are questions that “be nice, have fun” can’t answer.

Don’t worry, it’s not all that grim. In one of the show’s most touching moments, Joanna and her crush, stage manager Jordan (Paul James), mock-fight over which of them is the biggest “piece of crap.” “No, I’m the biggest, dumbest turd in the universe. I stink, and I smell,” she insists, Jordan countering with: “You’re this breath of fresh air, and I just, I let out a bunch of butt smell, and I ruined it.” She calls herself a “full diaper of a woman,” and the two can’t contain their smitten grins, moving in for their first kiss.

We all know there is pain or anxiety lurking behind jokes, but what if, behind that suffering, there’s the possibility for more humor, more levity? Comedies usually don’t endeavor to explore that crux, and yet, comedy is best positioned to figure this out.

Possibly the stand-out performance of I Love That for You—and the gold standard for SNL actress turned comedy-drama performer—is Molly Shannon. As Joanna’s mentor Jackie Stilton, Shannon is unguarded, hilarious, and heartbreaking. In her devotion to her fans, whom she calls the Jackalopes, she is wise, but in nearly every other respect, she’s a mess. Jackie talks about wanting to “stand in her power,” which makes her sympathetic but sometimes a jerk.

Shannon’s recent run of mother and mother-figure roles, in I Love That for You, The Other Two, Other People, and Divorce, to name just a few, are as complex and compelling as they come. (That she can also play the archetypal mother-in-law from Hell in the first season of The White Lotus only testifies to her incredible range.) When I watch these performances, I can’t help but remember the quivering exhibitionist Mary Katherine Gallagher of SNL fame. All these girl-women want is to be loved. It feels of a piece, and it makes me think about how comedy is not just a category the algorithm can recommend. It is also a method, a way of getting at things.

The inheritor to Shannon’s legacy is not the long-established Rudolph, and it isn’t even Bayer, though that’s their dynamic in I Love That for You. Rather, I would look to Aidy Bryant, who left SNL this spring, and whose series, Shrill, recently ended its three-season run on Hulu. The character of Annie Easton is a brilliant hybrid of writer-show creator Lindy West and Bryant: smart, goofy, selfish, and angry. If Bryant is plotting her next move, I’d love to see her as a daffy, cut-throat host on I Love That for You. Me, I’ll always buy what Bryant’s selling.

Lucy Sante on Writing with the Back Brain 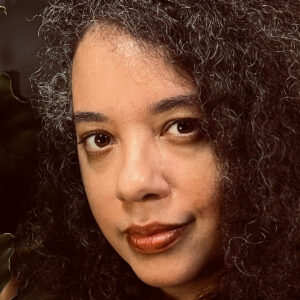 Megan Giddings on Delving into a Magical World in Order to Explore Censorship The Women Could Fly is set in our contemporary world with one big difference. A belief in witches gives rise to laws and a culture...
© LitHub
Back to top