On Banthology, Writing for the Travel-Ban Nations

On January 27, 2017, as one of his first official acts as President, Donald Trump signed Executive Order 13769. The order banned anyone traveling from seven Muslim-majority countries—Iran, Iraq, Libya, Syria, Somalia, Sudan and Yemen—from entering the United States. “We don’t want them here,” Trump said at the Pentagon signing ceremony. “We only want to admit those into our country who will support our country, and love deeply our people.”

While the White House referred to the action as a “travel ban,” those who had been following the President’s words closely knew the truth. In 2015, then-candidate Trump called for a “total and complete shutdown” of Muslims entering the US. It was the first major discriminatory order along religious lines issued from the White House in recent history.

Immediate and fierce backlash followed. Over 1,000 people gathered at JFK International Airport to denounce the ban, holding signs and chanting slogans like “No ban, no wall” and “No hate, no fear, refugees are welcome here.” Lawyers rushed to airports to represent incoming travelers. Eventually, various legal challenges arose in federal court to block the order. Undeterred, the Trump administration attempted two more bans throughout the year. Finally, last December, the Supreme Court allowed a revised version of the order to take effect.

Now, this month, UK publisher Comma Press will release the first-ever Banthology, a collection of short stories by writers from the seven countries included in the original Muslim ban. Subtitled “Stories from Unwanted Nations,” the collection was the vision of Comma’s Founder and CEO Ra Page and Publishing Manager Sarah Cleave. “We’d seen footage of families, protestors and lawyers gathering in airports across America and felt compelled to respond in the only way that we knew how,” Cleave, who also edited the book, says. “This book seeks to champion, and give voice to, a set of nations that the White House would like us to believe are populated entirely by terrorists.”

Banthology is comprised of seven stories, one from each country, and is translated from the authors’ original languages. The stories vary in style and tone—ranging from satire to literary realism to allegory—but each one examines the personal and emotional impact of the restriction of freedom. In the first one, “Bird of Paradise,” by Sudanese author Rania Mamoun, a woman from Wad Madani who has spent her entire life constricted to one city finally gets the chance to leave and realizes she can’t. In “Jujube,” by Ubah Cristina Ali Farah from Somalia, a woman tries to pick up the pieces after her family is separated after fleeing a massacre. “We wanted the book to encourage debate and discussion, and deliberately chose writers who have been affected directly or indirectly by the ban,” Cleave says. “One of the authors, Anoud, moved to New York from Iraq just a month before the first travel ban came into place, and was, like many others, scared to leave in case she wasn’t allowed to return.”

The majority of authors featured in Banthology are not only writers, but also journalists and activists who have long advocated for freedom of expression. Several of them have experienced censorship and oppression first-hand. When Yemeni writer Wajdi al-Ahdal’s novel Mountain Boats was confiscated by the Yemeni Ministry of Culture, he was driven into exile. His story “The Slow Man” is the last one in the book. “This understanding of just how precarious rights we often take for granted can be, and the importance of finding ways to fight for them, adds an extra dimension to their stories, and the discussions we hope will be generated by the collection,” Cleave says.

Comma has partnered with Dallas-based publisher Deep Vellum Publishing to bring the book to the United States in March. For Will Evans, Deep Vellum’s Executive Director, partnering with Comma on this project was an easy decision. “I founded [Deep Vellum] four and a half years ago to bring the world together through literature,” he says. “This past year, with the current President, we as an organization have been thinking about how we can do more to be engaged and to put our mission into even broader practice.” When Evans heard about Banthology, he reached out immediately to Page to see how they could bring the book stateside.

“These are authors who’ve never been published in English before, at least not in the States,” he says. “These are our neighbors. A lot of folks who are from these banned countries already live in our country, and they need to know they are welcome and they’re accepted, and that they’re human, and that we’re all in this together. The goal is to make them feel like they are part of America too, because our entire country’s history has been enriched by the immigrant experience.”

Both Cleave and Evans see publishing Banthology as a small yet significant act of resistance in a time of turbulence. “We hope that this collection will enrich, enlighten and entertain readers, and also demonstrate the value and responsibility of literature during times of upheaval,” Cleave says. “We wanted to showcase as many different experiences as possible, as the travel ban not only affects those living inside the so-called ‘banned nations,’ but also those that have sought peace and freedom in exile.”

“There’s so much ugliness in our history, but there’s so much beauty, too,” Evans says. “I want to be able to turn this ugly moment into something more beautiful.”

Banthology is available January 25 from Comma Press, and will be published in the US in March. 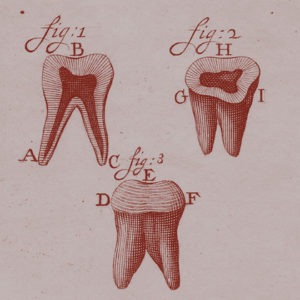 A year ago, I was also thinking a lot about inertia, and for longer than that, I've been thinking about the way beautiful...
© LitHub
Back to top