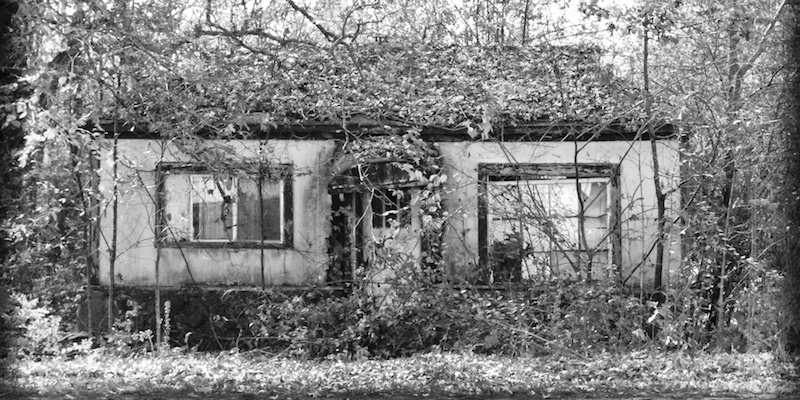 A Reckoning and a Testimonial: On Robert Hayden’s “The Whipping”

I first immersed myself in Robert Hayden’s work when I moved to Detroit, his hometown, for my first teaching job in the late 1970s. At one point, I drove through his old neighborhood on the East Side looking for the landmarks of his poetry but couldn’t find anything that seemed recognizable. I assumed it was because I didn’t know the city well enough. That was true enough, but it turned out not to be the reason for my failed quest. Years later I saw a documentary about Hayden and discovered why I could never find what I was a looking for. The film showed Hayden moving through his former neighborhood and talking about his past. He tried to point out the familiar landmarks of his childhood, the very ones I had been looking for, but the trouble was that almost nothing was left anymore. A warehouse had replaced the house where he was born, and across the street, a parking lot and power plant stood in place of the house where he was raised. As Hayden paused there—gentle, nearsighted, bundled up against the January cold—it was easy to understand why displacement was one of his main poetic subjects.

The old, poor neighborhood where he had grown up, the main Black section of the city, which was called “Black Bottom” because it rested on fertile farmland, no longer existed. Hayden explained that an entire neighborhood “which had been fairly cohesive had been destroyed.” The cultural center of that neighborhood was called “Paradise Valley.” Many of Hayden’s most personal poems are a rescue operation for that troubled paradise. The poet Michael Harper once told me that at one time Hayden wanted to collect all his poems about Paradise Valley as a special gift for friends. The collection would have included “Elegies for Paradise Valley,” “Free Fantasia: Tiger Flowers,” “Homage to the Empress of the Blues,” “The Rabbi,” “Summertime and the Living…,” “The Whipping,” and “Those Winter Sundays.”

Hayden could be nostalgic about his neighborhood, but he also knew that he came from a dysfunctional home. He was born Asa Sheffey, but his parents soon separated and left him with their neighbors, William and Sue Ellen Hayden, who raised him as their son and renamed him Robert Earl Hayden. He learned years later that they never formally adopted him. He was bound to his childhood as the foster son of poor, working-class people and remained committed to what he liked to call “folk” people: poor, uneducated, dignified, all those who quietly fulfilled what he called “love’s austere and lonely offices” (“Those Winter Sundays”). But he also refused to sentimentalize his past—as a child growing up his primary desire was to escape the world that surrounded him—and he determined to remember it accurately.

Here is his poem “The Whipping” from A Ballad of Remembrance (1962):

The old woman across the way

is whipping the boy again

and shouting to the neighborhood

her goodness and his wrongs.

Wildly he crashes through elephant ears,

while she in spite of crippling fat

pursues and corners him.

She strikes and strikes the shrilly circling

boy till the stick breaks

in her hand. His tears are rainy weather

My head gripped in bony vise

of knees, the writhing struggle

to wrench free, the blows, the fear

worse than blows that hateful

Words could bring, the face that I

no longer knew or loved…

and the boy sobs in his room,

And the woman leans muttering against

avenged in part for lifelong hidings

she has had to bear.

Hayden told an interviewer that this poem was motivated by his need to recall the past and rid himself of the pain of so much of it. “I was often abused and often hurt physically,” he confessed. His foster parents simply “didn’t know how to handle children.” Yet, here as elsewhere in Hayden’s work, there is a certain detachment, a formal distancing and reticence. This is true of even his most personal poems. Experience has been transposed into art. Here, this is evident in the six elastic, carefully crafted quatrains, which indent the second and fourth lines; in the way the poet balances the enjambments and isolates phrases for emphasis; in the way he rhythmically drives the poem forward. He capitalizes the first letter of each stanza, a quiet formality, and divides the poem neatly in half.

Here as elsewhere in Hayden’s work, there is a certain detachment, a formal distancing and reticence. This is true of even his most personal poems. Experience has been transposed into art.

“The Whipping” begins in the present, turns to the past, and then returns to the present with a new awareness and knowledge. It’s the formula that Wordsworth created in “Tintern Abbey.” The poem thus takes the form of a crisis lyric—it enacts a mental transport. The central memory is triggered as the speaker watches an old woman—”The old woman”—across the way who is whipping a boy—”the boy”—yet again. Neither the woman nor the boy is identified by name. If the scene didn’t make such a visceral impression, they’d almost seem like allegorical figures. This whipping is something that obviously happens periodically. The old woman doesn’t hide the fact, either. The fourth line knowingly isolates and balances the phrase “her goodness and his wrongs.” The boy dramatically crashes through the plants, struggling to escape, pleading in the flowers where he is trying to hide, while the woman, despite her crippling weight, “pursues and corners him.”

The scene is violent. Notice the hissing s and sh sounds that enact it: “She strikes and strikes the shrilly circling / boy till the stick breaks…” The violence breaks the boy into tears and breaks the speaker too. Suddenly he is catapulted back into his own past, into the experience of being bludgeoned and screamed at by a loved one who becomes disfigured by rage. This is a dark, troubled instance of what Proust deemed “involuntary memory.”

“The Whipping” is an action-packed poem, but one notices the slightly stiff and removed diction of “His tears are rainy weather / to woundlike memories.” It’s as if the speaker is distancing himself from what he is about to remember and face. The meaning then cleverly turns on a colon placed precisely midway through the poem. That colon splits open the poem and marks a calculated turn from the third to the first person. Memory explodes. The next six lines enact a transformation. Look at how strategically the lines unfold:

My head gripped in bony vise

of knees, the writhing struggle

to wrench free, the blows, the fear

worse than blows that hateful

Words could bring, the face that I

no longer knew or loved…

These lines depict the speaker’s futile struggle to break free. Notice the repetition of the letter w, which weaves together the words “writhing,” “wrench,” “worse,” and “Words.” There’s also a wrenching line and stanza break, which creates a sort of double emphasis, between “hateful” and “Words.” The ellipsis marks the end of a sentence; a beating has trailed off. It also signals a memory that is too much to bear. When the speaker returns to the present tense (“Well, it is over now, it is over”) he is talking both about the boy in his room and about himself as a child.

The ellipsis marks the end of a sentence; a beating has trailed off. It also signals a memory that is too much to bear.

Hayden complicates the moral resonance at the end of the poem by suggesting that the woman (the neighbor in the present and, by implication, the adult in his own past) has been avenging a lifetime of secret hurts. There is a pun on the word “hidings.” “I got a few hidings like that,” Hayden remembered, referring to the way he was beaten. But here the word also refers to what this poor, heavyset, pain-ridden woman had been forced to conceal for her entire life. The woman’s secret hurts don’t justify or excuse her abusive behavior, but they do help to explain it. She has been “purged” and “avenged,” though only “in part.” Hayden understands the way that violence has been passed down from generation to generation. It was a brutal cycle that needed to be broken.

Robert Hayden could come to such a large understanding only through the writing of the poem itself. “The Whipping” is an acutely observant poem, a reckoning and testimonial. As Gwendolyn Brooks said, “Life is right there, in the finished piece.”

Edward Hirsch is a celebrated poet and peerless advocate for poetry. A MacArthur fellow, he has published nine books of poems and five books of prose. He has received a National Endowment for the Arts Fellowship, the Rome Prize, a Pablo Neruda Presidential Medal of Honor, and the American Academy of Arts and Letters Award for Literature. He serves as president of the John Simon Guggenheim Memorial Foundation and lives in Brooklyn. 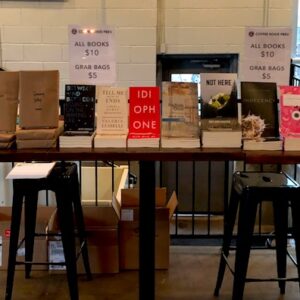 In a corner of northeast Minneapolis, Coffee House Press has been quietly publishing some of the most creatively adventurous,...
© LitHub
Back to top
Loading Comments...