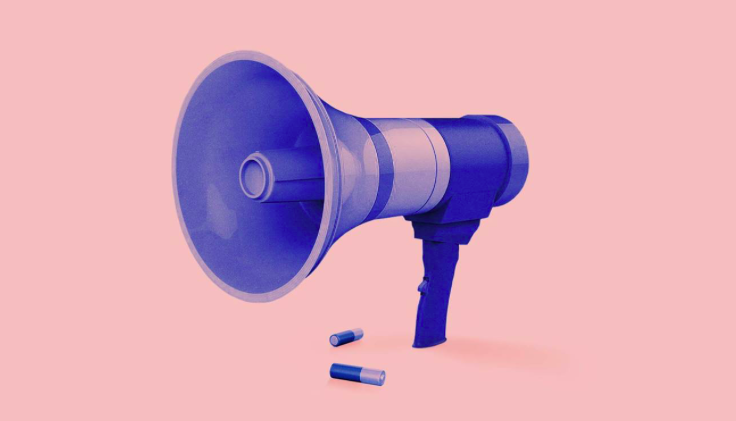 If anyone ever asks me why I think The Racket works, I’ll always say, “Luck?” I didn’t mean to start a reading series, it just sort of happened and then kept happening. I’d been a peripheral part of the literary community in San Francisco for a while—I’d attended readings and read at a few myself—and at some point, standing on a street corner with an ex-girlfriend, I’d said, “I’d like to host a reading series.”

I exist, near constantly, in a halfway place between being overwhelmed and being lazy, so the idea sat on a shelf in my brain, collecting dust with other half-wrought projects, until an artist friend, Jason Houck, asked me to host a literary event to accompany his installation in the Adobe Books Backroom Gallery. Jason wanted to draw attention to his show by hosting small events like a reading from local authors.

As it turned out, my Rolodex for writers was slimmer than I thought, and The Racket’s inaugural event was basically my personal writing group sharing chunks of their unfinished novels to a crowd of drunk people. The art—and the free wine—had drawn a crowd, though, and Adobe Books took notice. A week later they invited me to host a monthly series. I named the series “The Racket” because I liked its noir undertones and the idea that this was to be a space where people could shout into the dark and share their weird, inner selves with a room full of strangers.

I called the first, real edition of The Racket SAN FRANCISCO and dragged a few of my literary friends onto the stage to explore the notion of what this continuously transitioning city meant to them. I paced outside and smoked cigarette after cigarette as the room achieved half-full status, thinking that maybe my pipe dream was already a failure. It was the day after the Oakland Ghost Ship fire, Trump was our president-elect, and, hell, I think everyone in that room just needed to vent or be a part of something collective that wasn’t grief over the state of the world. Some pieces were funny, others sad, and one reader shared epic poems about piñatas ascending to a butterfly-filled heaven. You could almost feel the relief in the room, like this dinky reading series no one had ever heard of was the pinprick they needed to deflate the balloon and give us all some room to breathe.

“I always think of The Racket as the sort of late-night bar where industry folks gather.”

Two years later, with far bigger crowds, I’m still reaching for that feeling—the collective emotional experience of people laughing, loving, crying, hating, and grieving together. I pick broad abstracts for my themes, like THE WEST, THE FUTURE, or THE NEW YEAR, because I want there to be space for one writer to talk about two sad ghosts necking on a couch and another to read about a woman who consumes people’s pain. I want there to be the opportunity for every person in the crowd to connect with something, to be touched by something, or to just get a good fucking belly laugh out of something. We’ve hosted a few bigger names—Colin Winnette, Shanthi Sekaran, Shawn Wen—but our bread and butter is up-and-comers, some reading for the first time or others exploring a new work-in-progress.

I always think of The Racket as the sort of late-night bar where industry folks gather: it’s a little monthly space where the writers of the Bay Area can come and drink a free Tecate, eat cookies, see their friends and meet a few new ones, and share the love of writing in all its many forms. 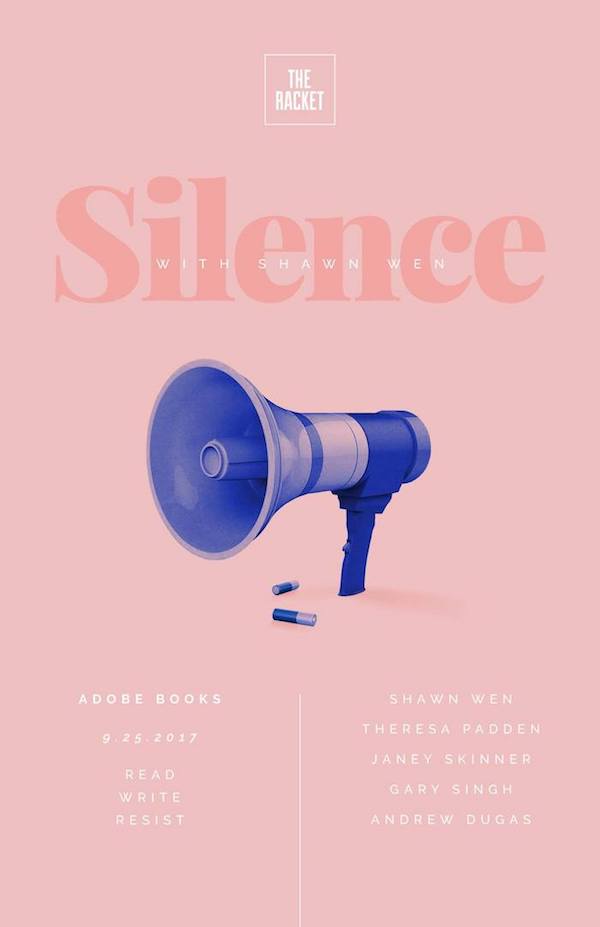 Maybe since we started as the sidekick to an art show, I decided to tap into my well of designer friends and start making posters to advertise our events. Also, writing and reading are so often unpaid and underappreciated, and I wanted to give my readers a memento that would bring them back to that night and its theme, a small thank you for the hard work they do in solitude. I’ve commissioned 13 original posters from some amazing designers based on our themes and in my mind they’re collectibles, memories to frame. Someday, I keep saying, we’ll do a gallery show of the event posters framed like the art they are, with 20 readers, a boatload of tacos, and live performances from local bands.

I don’t think we’re doing anything that original at The Racket—just creating a space where people can share their stories—but it works, somehow, and again I say we’re lucky. We have a great selection of readers who will happily crack open their ribcages and show all the gooey stuff within, along with an iconic bookstore as our host venue, a place that looks packed with 20 people stuffed in it. And I’m very grateful to local writers and patron saints of San Francsico’s literary community and The Racket, Miah Jeffra and Ploi Pirapokin, whose recommendations have made The Racket’s lineups more diverse and exciting. 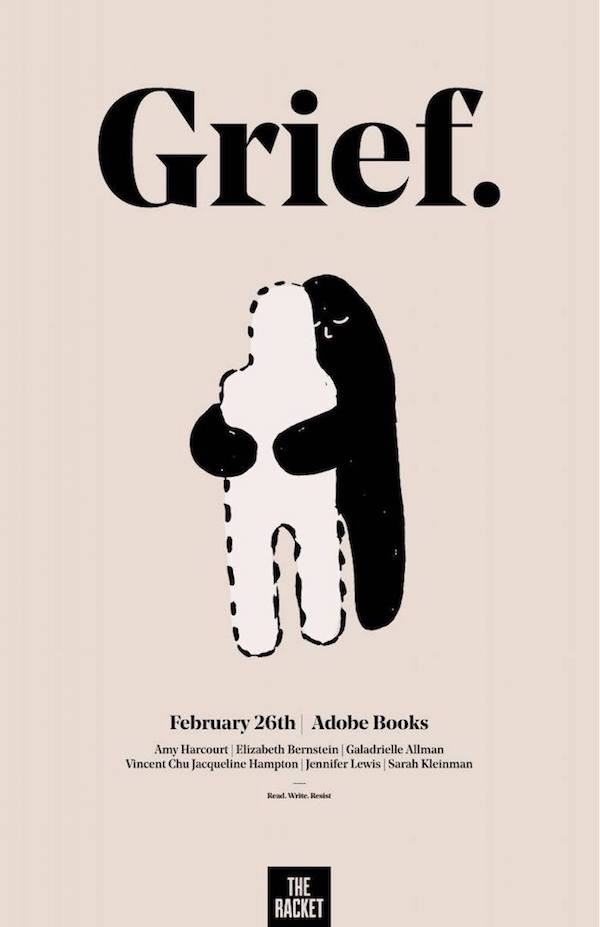 Recently, a friend of mine went through a horrible, pregnancy-related trauma and asked if we could do a reading based on GRIEF, where she could read a short entry to help ease some of the pain. I like my themes to drop from the sky, so I said yes. You’d think GRIEF would be depressing, that the writer’s sadness would become the audience’s and we’d all be snuffling and blowing into our hankies. But, as the writers interpreted it, GRIEF became a brief connection before a suicide, a pimple that looked like a dead mother, a baby named Forrest that no one would ever meet, and on and on. And during the readings there was that pinprick again, that shudder of laughter and tears and emotion shared by many. This communal release is what I’m striving towards with every event and defines what I want The Racket to be: a place to listen, a place to share, and a place to feel, in the company of others.

Noah Sanders is a writer who lives in San Francisco with his dog who looks like a teddy bear and acts like a cat. He is the curator of the monthly reading series The Racket. 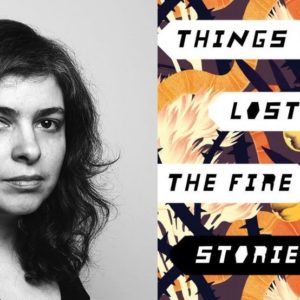 This fall, I got the chance to converse via email with Mariana Enriquez, an Argentine writer whose newly translated story...
© LitHub
Back to top
Loading Comments...