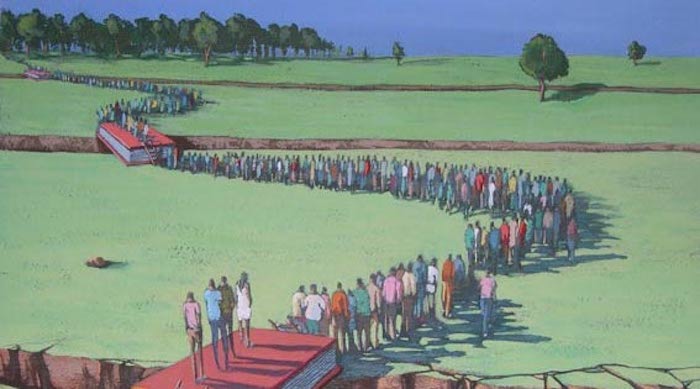 And in 2016 I vow to not only read more books but also make deliberate choices about what I read.

In 2016 I vow to check my privileges, again and again, and because it will never vanish from me entirely, I vow to resist what stubbornly remains in the process.

In 2016 I vow to keep learning from Rebecca Solnit and Ta-Nehisi Coates and Kiese Laymon and Jenny Zhang and Saeed Jones and April Ranger and Porochista Khakpour and Madeleine Holden and Ashley Ford and Alana Massey and Roxane Gay and Rachel Syme and Helen Vendler—even though I can never fully learn their lessons, I vow to keep listening, until I get as close to understanding as possible.

I vow to seek out new, as-yet-unheralded writers—women, writers of color, trans writers, writers in translation—and promote as many as possible. But I vow not to do this because I think they need my help, but because I need theirs.

In 2016, I vow to expand my notion of what constitutes the world, strengthen my connections with as many corners of it as I can, and realize—again and again, because the process never stops—how small this world has been pre-packaged for me, as if, cult-like, the White-Straight-Male Industrial Complex believed that if I couldn’t hear the silenced voices, if I couldn’t see the beauty on the margins, I would fall in line with the status quo.

And in 2016 I vow to recognize how I am still a part of that status quo, that my whiteness and my maleness and my straightness have played a major role in getting me where I am, and continue to play a part in suppressing others. In 2016, I vow to always—always—acknowledge that I did not hit a triple but was in fact born on third base.

In 2016, I vow to read more poetry, because there are wild, wondrous truths I’m missing, along with the gifted artists who reveal them, in a supportive community I believe in deeply.

In 2016, I vow to continue studying history, of any kind, as it reminds me how far—and yet how not so very far at all—we have come, and how much further we need to go. And I vow to help in that journey to the extent of my abilities but with the understanding that it is women, writers of color, trans writers, and non-binaries of all stripes who possess the necessary voices to lead the revolution. Not my voice. My voice can matter, but not nearly as much as theirs.

In 2016, I vow to think harder and more critically about my assumptions, the prejudices that linger from a Midwestern childhood and those developed directly after.

In 2016, I vow to behold the power of language. Yes, the power to move, to excite, to challenge, to startle, to console—but also, more significantly, its power to hurt, to silence, to disenfranchise, to kill, how the violence of language can be sinisterly cumulative and dismissed as minor. But there is no minor violence. There is no insignificant malice. So I vow to speak out against linguistic malevolence, no matter how “small,” and to hear and respect others when they speak up about mine.

In 2016, I vow to continue following the history of the moment, right now, as powerful movements like Black Lives Matter  are creating a “People’s History of the United States,” live, right now, concurrent with the Official Story instead of buried beneath it.

In 2016, with your help, I vow to be better, to be kinder and more compassionate. I vow to listen more than talk, to scrutinize more than confirm, and to question more than answer. I vow to reach deep into myself and be honest about what’s there—even the racist, sexist, ableist, trans- and homophobic parts of me that cause me much shame but that I must be accountable for—and to never assume I can do the same for others.

In 2016, I vow everything, and promise nothing. Because I too stumble and stutter and stop, because I too am sometimes too cowardly for plain truth, because my abstract courage can dissipate in times when it’s most needed, and because I too have more to learn now than I ever have—because, in other words, I am a person, and on my own I’m not worth all that much. But the best way to combat these lesser parts of me is, of course, more exposure to diverse voices, to contrary beliefs, and to the savagery of history. 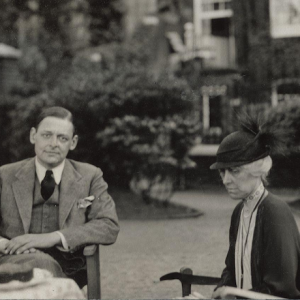 A brief history of books that do not exist. | Literary Hub A preview of 101 books and 8 poetry collections coming...
© LitHub
Back to top