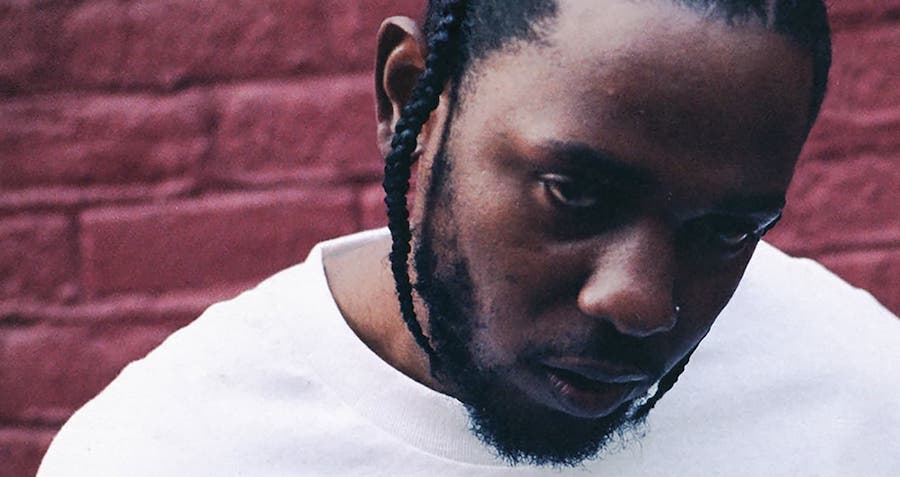 A Pulitzer Prize is Only the Beginning for Kendrick Lamar

On the Ever-Blurring Line Between Hip Hop and Poetry

In the intro to “Average Joe,” a track off Kendrick Lamar’s fifth and name-making mixtape, Overly Dedicated, he says that “the hardest thing for me to do is to get you to know me within 16 bars,” aka one standard verse of hip hop, about 40 seconds. If you want to know why he deserved rap’s first Pulitzer Prize, awarded to him earlier this month, I think you have the core of it right here. Listening to Lamar’s music, you immediately get what he’s about as a human being, even as you see just how impossible it is to ever fully know him. For anyone who works in an autobiographical genre, be they novelist, poet, musician, or other, that’s a very hard line to walk, and one that comes with significant rewards.

It’s a particular challenge for a pop star, and recognizing this challenge and its necessity is a big part of what’s kept Lamar’s music in touch with himself, his community, and American culture at large, while also presenting one endlessly complex young man who keeps getting more and more interesting. At heart this is what we want from pop stars: people whose lives we can care about for the right reasons, and also relate to, and who know how to keep evolving their sound into something that always feels current and fun.

Like most rappers, Lamar primarily raps about himself, but unlike 90 percent of MCs he’s always able to find something new—and worthwhile—to say about Kendrick Lamar. Whether it’s the four installments of his series of singles “The Heart,” where he’s cranking up the passion and playing the part of career-long aspiring rapper, or the chart-topping “Swimming Pools,” where he’s talking about the mistakes of youth and why some of us keep making them, or his magnificent “Fear,” where he’s explaining how a multi-millionaire rapper never quite gets over the fear of losing it all instilled by a childhood of gang violence and deep poverty, Lamar is always making his experience palpable, new, and universal.

But it’s actually a lot more than just that. If you’ve been following Lamar for his whole career, you’ve seen him move through discernible eras as a human being, and this is rare for pop stars, who usually start out with a spark of relatability but soon lose the thread of their story, quickly becoming disconnected celebrities and bloated caricatures. This hasn’t happened with K-Dot, who has remained humble, sincere, and human, even as he’s reached incandescent levels of fame and success. So far we’ve seen Kendrick the precocious child of the Reagan era (the mixtapes), the repentant gangster who finds salvation (good kid. m.A.A.d. city), the successful artist who still can’t shake old demons and who is learning to cope with success (To Pimp a Butterfly), and the latest installment, the man who is reaching his prime and finally getting right with everything he’s been through, while beginning to think about what he’s capable of.

Along the way of course, Lamar has engaged profoundly with the African-American experience, both historically and contemporarily, and his music is hugely valuable for these insights. But what makes him truly special is that he’s able to push that material far beyond any one person or category, making music about primal emotions and situations that anyone can recognize and feel. Pop stars are fundamentally channels and communicators—they intuit what we need before we realize we need it, and they communicate that in ways that millions of people can understand. Oftentimes an artist will manage to do this for an album or two, but very few can maintain this status for a decade or more.

“The more you listen to DAMN. the more you realize how far it pushes hip hop into the realms of poetry, without sacrificing the passion and the hooks.”

So far, Lamar has proved himself up to the challenge: time and again he’s managed to make the stories of his life fit these roles, each time refreshing his presentation to make us want to get to know him all over again. If K-Dot the mixtape rapper was able to create new and inspiring versions of standard hip hop formulas (this at the tender age of 22), and the Kendrick Lamar of good kid. m.A.A.d. city and To Pimp a Butterfly made his life into narratives worthy of art, Lamar today is making music hip hop has never seen. He hits a high point with his most recent album, DAMN., where even the song titles—each just one symbolic word in all capitals—push the music away from storytelling about any one individual and toward the realm of allegory.

DAMN. may be no less a concept album than Lamar’s other two studio albums, but instead of following a consistent “I” throughout the twists and turns of the record, he’s offering something more like a series of schematic personae delving into different parts of the human experience. Some tracks are clearly inspired by his life, like “DUCKWORTH,” where he tells a haunting story of a box of fried chicken that saved his father’s life, and, by extension, his own. But others, like “PRIDE,” read more like a series of poetically interlinked koans that anybody could do well to think through. Lamar’s personal life is obviously on a track like “PRIDE,” but it’s hard to say precisely how much, and the more you listen to it the more you realize how far it pushes hip hop into the realms of poetry, without sacrificing the passion and the hooks. This is music we can love right now, and also easily be listening to in 20 years.

Or you can take DAMN.’s first song, “DNA,” which again beautifully walks the blurry (some would say non-existent) line separating hip hop from poetry. In it, Lamar takes the concept that our DNA determines who we are and does at least five things with it at once, endorsing it, breaking it apart, making it a symbol of black plight, turning it into a statement of defiance, and using it to tell us more about Kendrick. The whole idea of DNA itself also works as touchstone for the album, and the music video, which goes way beyond the genre into a quasi-theater of the oppressed dramatic piece with Kendrick first infecting and then arguing with an oppressor figure, adds another layer to the music that must be seen. All that plus “DNA’s” light-speed rhyme scheme, which agilely develops in complex ways throughout Lamar’s hundred-yard-dash delivery.

Given Lamar’s trajectory, anyone who’s been following his career has got to be very, very excited to see what comes next, and that’s an amazing thing. It’s not easy for a hip hop artist to have more than four successful albums, and it’s rare to see a rapper get better and bigger with each one. But Lamar has done even more: he’s been so good that’s he’s made his kind of success almost seem inevitable—I think in the Overly Dedicated era, a lot of people would have bet on him to take the title of “greatest MC alive” (I know I would have). He’s someone who for nearly ten years has set a new standard for himself and for the genre of music in which he works. In any creative endeavor that would be an incredible thing. In a line where artists are often peaked, washed up, or much worse by 30, Lamar is a creative force who, despite his remarkable achievements, is still in the beginning stages of realizing the totality of his potential.

The fact that someone so intelligent, sincere, and dedicated has managed to make music that also slays in the marketplace and wins our nation’s biggest prizes is something we should all celebrate. Lamar represents the very best of not just hip hop but of art—who better to get rap’s first Pulitzer. 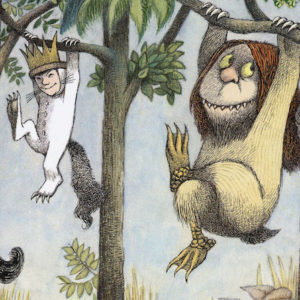 Maurice Sendak’s Where the Wild Things Are (1963) is two months older than I am. Since it was not a book that was regularly...
© LitHub
Back to top