The Courage of Reporter-Turned-Novelist Oleg Kashin

Oleg Kashin is one of Russia’s most famous journalists. The author of a seemingly infinite universe of journalism pieces, articles, essays, tweets, and even five novels (!), Kashin was born in 1980 in Kaliningrad, the Russian enclave on the Baltic formerly known as Königsberg, famous as the birthplace of Immanuel Kant—and now Oleg Kashin. A former navigator in the Russian Navy, Kashin was a well-known journalist in various Russian media outlets including Kommersant before he was attacked and nearly beaten to death outside his apartment building in Moscow. He spent several months in the hospital recovering from the assault, which was undoubtedly politically motivated. Although then-President Dmitry Medvedev promised justice for the journalist, no one was ever apprehended in the case.

In September of 2015, five long years later, Oleg wrote a long essay identifying those responsible for his beating, including substantial evidence, and the news that the assailants had been arrested and were awaiting trial, though the man thought responsible for ordering the hit—a regional governor who is a close ally of Putin—remained free. It was a huge revelation. Since then, nothing has happened. This is Putin’s Russia. There is law, but there is no justice. Welcome to Oleg Kashin’s world.

On November 6, 2010, I was a first-year graduate student in the master’s program in Russian culture at Duke University. I read about Kashin’s beating in the New York Times that morning and was shocked, as most Russianists around the world were as well, though it was no real surprise. Putin’s Russia has been a murderous place for journalists since he came to power in 2000, and Kashin’s beating came only four years after Anna Politkovskaya was assassinated in the elevator of her apartment building in Moscow. I wanted to know more about Kashin, who he was, why he was beaten. A Google search in Russian led me to countless articles Kashin wrote, his extensive bibliography primarily consists of newspaper and magazine articles published in Russian-language outlets such as Russian Forbes, Komsomolskaya Pravda, and Kommersant, and also to the website of an independent publishing house in Moscow called Ad Marginem with a statement posted that day that said they had received the manuscript of Kashin’s debut novel—Роисся вперде (фантастическая повесть)—just before his beating and would be publishing it the next month, and after reading it, you would know exactly who was behind Kashin’s assassination attempt.

You can imagine, I was intrigued, and wanted to read the book. I got a copy through our university library (all hail libraries!) and mentioned to my professor-mentor in the department, Dr. Carol Apollonio, how badly I wished the book were in English, it seemed so vital and important. Her response was that if I wanted to see the book in English, I should translate it myself, as there were precious few publishers and translators in the world willing to tackle contemporary Russian literature, no matter how topical or awesome. I protested that I’d never translated anything before, and that the task seemed daunting, but she reassured me there was no better way to truly learn a language than to translate it, to live inside the words, to find the meaning and nuance in a text and to find ways of expressing that literary artistry in English. Plus, she said, she’d help me edit it. Inspired by her and her help in writing to Kashin’s agent to make sure the translation rights were available, I decided I’d translate the novel that summer while studying abroad in Russia.

Fardwor, Russia! was Kashin’s first published work of fiction, and had already been published in translation in Germany and Croatia by the time I got to translate it. Fardwor, Russia! was delivered to his Russian publisher, Ad Marginem Press, two months before his beating, and was published in January 2011. Fardwor, Russia! could seem grotesque if the reader were not confronted at every turn with things that bear an uncanny resemblance to the absurd state of affairs in modern Russia. From Ad Marginem’s teaser on the back cover of the Russian edition of the work: “At the heart of its plot is a fantastical story about an experiment on human beings held in a closed sanatorium near Moscow. Attempts to create a type of ‘new man’ in the laboratory lead to a chain of mysterious deaths and crimes. After reading the story, the reader will be able to guess who is really behind the assassination attempt on the life of Oleg Kashin.” Fardwor, Russia! recalls the “Aesopian style” of political commentary appeared under Soviet censorship in which authors could get away with writing about the ills of contemporary society through fables, allegories, or, notably genre fiction, especially science fiction, which is how authors such as Stanislaw Lem and the Strugatsky Brothers became renowned both at home and abroad for their creative literary techniques, biting political satire, and indisputably wonderful storytelling.

Kashin’s novel falls firmly in this “Aesopian” tradition, only the circumstances of censorship have changed under Putin’s watch: one never knows where the line is or if you’ve crossed it—this instability is one of the ways Putin’s power works. Fardwor, Russia! is a modern adaptation of a Soviet sci-fi novel (as-yet untranslated) called Patent AB by Lazar Lagin. Relatively forgotten until Ad Marginem reissued the novel a few years ago, the plot of Patent AB centers on a scientist in a made-up country creating a magical elixir that accelerates the growth of any living organism several times over. Rather than being used in livestock growth, the elixir falls into the hands of those who see the potential to use the elixir on babies to create an army of brainwashed fully-grown adults with the minds of children. Kashin lifts this basic plot almost entirely and reworks it into a 21st-

century Russian context of life under Putin and Putin’s propaganda and how the brainwashing of the entire society is taking place through the government control of every popular media outlet. A science fiction work that postulated on the degenerative mindset of post-war Soviet culture was adapted by Kashin into a contemporary political satire so pointed, so accurate, that all he had to do was merge the narratives of his news reporting into a science fiction plot that became, under Kashin’s poison pen, eerily realistic. The biggest difference in Kashin’s novel from Lagin’s is that just about every character in Kashin’s is based on a real person, (the names have been changed) and the effect is devastating. Putin himself is in the novel, unnamed, but he’s there. He’s always there.

Fardwor, Russia! was a unique story to translate for a number of reasons: from the title (Роисся Вперде), which comes from a 2010 Internet meme mocking then-President Medvedev’s modernization initiative Россия Вперёд! (Rossiya Vpered!, or Forward Russia!), and which sounds, to the Russian ear, something like a fart joke or, even better, if you’re a millennial especially, something akin to “Russia’s fucked.” Kashin’s extensive references to pop culture figures, Internet slang, songs, books, geography, Internet memes, and the fact that nearly every single character in the work is based on a real person make it an unparalleled snapshot of daily life in Russia in the 2010s, with all the inside jokes and weird cultural references that entails. That doesn’t mean it’s not fun to read. On the contrary, it’s one of the most fun to read—and translate—books I’ve ever read.

A Day in the Life of a West Virginia Coal Miner 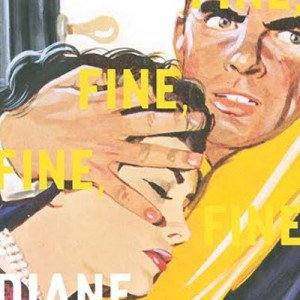 I said, “Would you like a rope? You know that haul you have is not secured properly.” “No,” he said,...
© LitHub
Back to top