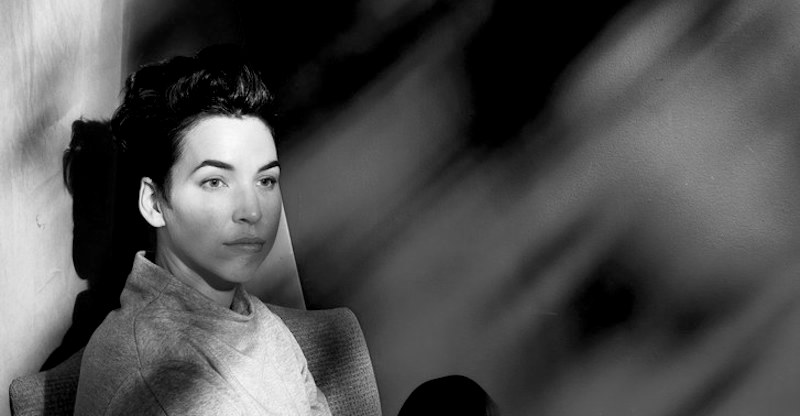 A Novel at the Edge of the World: In Conversation with Julia Phillips

In an ideal world I’m strolling through Fort Greene Park in Brooklyn with Julia Phillips on a sunny, crisp fall afternoon. We stop to watch the children running circles around the playground, and it’s then that I ask about the inspiration behind the tense opening pages of Phillips’s debut novel, Disappearing Earth. In it, two young sisters, walking on a coastal trail, are lured into a car by a man who appears to be in need of help. Once inside, the man locks the doors and drives away, taking the girls away somewhere on the Russian peninsula of Kamchatka, where the novel is set.

“I walked along the same path those girls did,” Phillips says. “At night, with a guy I didn’t know very well. As he led me further along, the path became rocky and went behind a hill, and it was so dark I couldn’t see anyone else.”

This was in the city of Petropavlovsk-Kamchatsky, on the coast of Kamchatka, where Phillips spent a year on a Fulbright. “I had those thoughts you have when you’ve come halfway around the world all alone: this man is going to fucking murder me.”

In the end, she was fine, which is mostly what happens when we depend on a stranger for help. But it was considering those horrible, rare occurrences—when a stranger takes advantage of someone in need, or someone less powerful than them—that fueled the suspenseful plot of her novel.

I’d like to say a silence falls between us when she tells me this, and that in it, the laughter of the children in the playground sounds both more jubilant and more precarious, but that doesn’t happen at all. Because it isn’t a beautiful day, but a damp, blustery, dark one, the air thick with the threat of rain. So instead of meandering through the park, we’ve decided to sit in a German beer bar, where Julia Phillips, in a sweater and knit hat, nurses a mug of hot wine in the hopes of warding away an encroaching cold.

After hearing about her experience, I reveal how, as a kid in the 80s, when childhood abduction fears flourished, I found the start of Disappearing Earth especially harrowing. Not just because of what happens, but in how closely she hews to the girls’ perspective, how very much in their shoes she puts us. It reads like a long ago nightmare come true.

“As a child, your power is so low and your vulnerability so high.”

She reveals that once, in fourth or fifth grade, a man came to pick her up after school, a man she had never seen before. He said that something had happened to her mom, and that she needed to come with him. The adults at school said the same thing, and she felt she had no choice, though logic and fear told her not to go with him. “I had this resigned feeling,” she said, “like, well, I guess this is what has to happen.”

As she approached his car, she tried memorizing the license plate. “I was thinking, ‘I’ve got to remember this in case he kidnaps me.’” It turned out her mother’s car had been stolen, and her mother was dealing with that, and so had asked a neighbor to pick her up. Emotionally, the experience made an impact.

“As a child, your power is so low and your vulnerability so high.”

The novel explores this imbalance in myriad ways. “It’s about how those who are put at the bottom of the hierarchy are hurt by those on top. To me it seems that’s the way of the world,” and she laughs, dryly, sadly.

Indeed, despite such a dramatic opener, Disappearing Earth is about far more than the abduction of two girls. If anything, that event is a Trojan Horse, captivating the reader only to ambush them with a far more complex and subtle set of narratives, which, if you’ll forgive me for mixing metaphors, nest together like a set of Matryoshka dolls.

“This book is about what violence or harm in women’s lives looks like in its many forms,” Phillips says. “The girls’ disappearance is the most visible and publicized form of this violence, but there are so many smaller hurts, indignities, and compromises which create the conditions that allow those big crimes to happen.”

The novel spirals outward from the girls’ abduction, encompassing many points of view over the course of a year in Kamchatka, each chapter centering around a woman dealing in some way with patriarchal violence or oppression. Phillips says her goal was to “create a portrait of a community of people who, through their relationships, create the conditions in which harm can flourish, and perpetrators of harm can flourish, and also, maybe, hope can flourish too, and justice can be accomplished.”

She admits that the setting works in the same way as the abduction, it’s a Trojan Horse of a different color, enticing a reader as it enticed her as a young writer. Under the Soviets, Kamchatka was closed to most citizens until 1989, and foreigners until 1990. Because of its proximity to Alaska, it was used for military purposes. Some of the characters in Phillips’s book look back fondly on those Cold War days, yearning for a time before foreigners, a time they remember as greater and safer than today.

In college, Phillips studied Russian and spent time in Moscow. After graduating, she knew she wanted to go back, and hoped to set a novel in Russia, but someplace more Eastern, with a distinct regional identity, isolated and yet somehow connected to America. Kamchatka, which is nearly a full day by plane from New York, and requires special visas for travel, seemed perfect.

Phillips applied for a Fulbright, and, when she was 24, got one. She spent the first six months studying Russian at a university, and the last six traveling around the peninsula. She said yes to everything, trying to see as much of the land and meet as many of the people as possible. And though she made notes, and wrote many articles, she didn’t pen a word of fiction while in Russia. That came later, when she returned to her life and job in New York, where she worked for a children’s comic book publisher.

Publishing a book is not like some fantasy world, she tells me, where once the book is out, all your dreams come true and everything works out and it’s happily ever after.

She quit that job at the start of this year, not long before Disappearing Earth came out in May. As debut novels go, Disappearing Earth has flown high: a national bestseller with rave reviews, shortlisted for the National Book Award, appearing on numerous end-of-year “best” lists. When I ask what this experience has been like, she says, “great, but challenging, too. And weird.”

She compares the experience to the Good Witch Glenda in the musical Wicked, set in the world of Frank Baum’s Oz. “’Cause getting your dreams / It’s strange, but it seems / A little—well—complicated,” Glenda sings, in the song “Thank Goodness.”

Phillips goes on to describe a feeling familiar to many emerging writers: that the motivation to finish her manuscript was in part driven by the desire to succeed in the industry, in her career. The incentives to write are mapped onto the publishing process, with X marking the spot when your book hits the shelves. You finish the manuscript to query an agent. You work with an agent to get to editors. You go through edits in order to bring the book to market.

“I wrote with this fantasy I had of having a book out,” she says, “which I thought would satisfy my hunger.” Now that the hunger is satisfied—the book has done everything she wanted and more—Phillips is trying to relocate her creative desire in its absence.

Holding the mug of dark wine in her hands for warmth, she asks, “What is the goal for myself as an artist, and for the work? Is there a place where writing is not goal driven, where it can just be for enjoyment?”

The community of published writers has been helpful in putting these questions in perspective. Through meeting and talking with other authors, she’s discovered many of them feel the same way, no matter if they’re new or established, New York Times bestsellers, award winning, or not. “So many published writers still wonder, ‘What is writing? What am I doing? I don’t know how to do anything and everything is a mess!’”

I tell her this is both refreshing and depressing.

“The whole process is opaque. Not just putting out a book, but what it means to be a writer.”

Because she had a good deal of time between when her edits on Disappearing Earth were due and when the book published, she had the opportunity to begin another project. Right now, she’s learning how to navigate something she’s never experienced before as a writer—creating new work while still having a relationship to the old; taking time out of her schedule to speak about her debut, or do events (like this interview) to promote it, then having days where she tries to immerse herself in what will hopefully become her sophomore book.

Some days she’s able to get in a groove with the new project, but there have been stretches where she’s put it aside. And, like most working writers, she’s taken on copy writing and editing work to help pay the bills. “I’m trying to figure out how writers have a career in general, and how I want to do it in particular,” she says. “There is no playbook for how to be an author.”

Some people engage on social media a lot, others a little, and some not at all. Some authors teach, others do freelance work. Still others keep a full-time day job. It’s difficult for us to think of anyone who spends their entire working life writing just what they want to write, and the names that do come to mind are very rich. Economics are important, because “sales and advances are how art is made,” she says. Worrying about income saps the drive and the opportunity to be creative.

And still, we write and work, and struggle, in the hopes of finding some peace. Much like the characters in her novel, none of whom, no matter their situation, gives in to despair. That’s because, ultimately, Phillips’ is interested in “the human capacity for resilience through pain that should be impossible to bear, experiences where, afterward, everything is different because you’ve been through such horrors, and yet still you continue to live and grow and change.”

She takes a final sip of wine, and looks out at the dark streets, where it’s now raining in earnest. “There’s always more to see in this world,” she says. “And to me, there’s nothing more hopeful than that.” 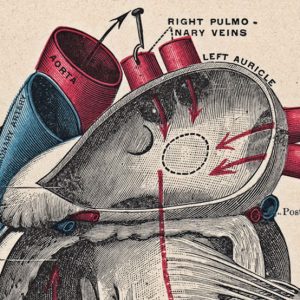 By the time his son Danny was born, Ludwig Spandau had lived three lives. He was 53 years old, with a young new wife, Sali,...
© LitHub
Back to top