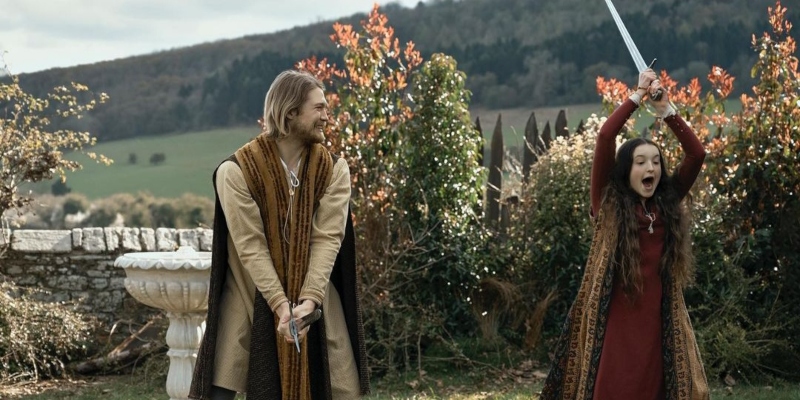 Catherine Called Birdy Is as Thoroughly Medieval as It Is Dunhamesque

Catherine Called Birdy arrives in a Lena Dunham nadir. Since Girls aired its last episode in 2017, Dunham has virtually retreated from public life—and who could blame her? While her zeitgeist-grabbing brainchild exerted its outsize grip on our culture during its run on HBO from 2012 to 2017, Dunham’s voice was ubiquitous, practically inescapable. The very qualities which singled out that voice for elevation—its honesty, its compulsive confessionalism, its parodic self-importance—ultimately led to Dunham’s downfall, driven by a raging public bent on seeing her as a vector for grievance rather than as a person.

Although in truth she never stopped working, albeit in a quieter capacity, 2022 marks a major shift for Dunham. In January, the film Sharp Stick, which Dunham directed, wrote, co-produced, and appeared in premiered at Sundance, followed by a modest theatrical release. Sharp Stick is a relatively standard sexual coming of age tale, highly typical for Dunham in the gratuity and frankness of its sex scenes and its preternaturally intelligent, quirky, writer heroine. Catherine Called Birdy is something altogether different. With its swapping out of droll solipsism for vibrant period-specificity as the primary character of the dialogue, its scaled-back sexuality, and the notable absence of Dunham herself—or even a Dunham proxy—Birdy is unlike anything she’s made before.

It is also assertively, undeniably enjoyable and well executed, and if the first couple weeks of glowing (if surprised and somewhat reticent) reviews are any indication, Dunham’s adaptation of Catherine Called Birdy seems poised to reach far beyond the audience of young girls that it and Karen Cushman’s 1994 book were ostensibly made for. But among those old enough to remember Dunham’s dark ages—when she couldn’t utter a word without being labeled the living embodiment of everything wrong with millennials, white women, nepotism babies, et cetera—will the film succeed despite her orientation, skills, and interests, or because of them?

I propose that in the Middle Ages, Dunham has found a context that highlights the very best of her sensibility. It’s a context that doesn’t sand down her rough edges, but rather provides audiences with a new vista from which to take in her worldview, one cleared of a decade’s accumulated cultural baggage.

Catherine Called Birdy is the most honest and compelling vision of the Middle Ages seen on screen in years, even decades.

Though Dunham’s film diverges from the plot of Cushman’s book in several ways large and small (this is, after all, Dunham’s first project working off someone else’s story), in spirit, Birdy is an utterly faithful adaptation. The story centers on Lady Catherine (Bella Ramsey), a rebellious, adventure-seeking 14-year-old nicknamed Birdy who whiles away her time slinging mud, crashing holy feasts, and fantasizing about joining the crusades in late 12th-century England. The feudal system, already in decline across the medieval world for centuries, has crumbled around Birdy’s father, Lord Rollo (Andrew Scott), who schemes to marry off his daughter to the richest knight or nobleman who offers. Birdy must use all her cunning to slip the tightening noose of womanhood and its principal responsibility, marriage.

There is so much to love about Dunham’s film, from Bella Ramsey’s irresistible moxie to the seamlessness of the film’s edit and screwball charm of its pace. But there is no doubt the film succeeds primarily on the basis of Dunham’s screenplay, which is redolent with rich period specificity. Catherine Called Birdy is the most honest and compelling vision of the Middle Ages seen on screen in years, even decades. In their recently published reconceptualization of the epoch, winkingly titled The Bright Ages, David M. Perry and Matthew Gabriele sum up the morose, misguided trend of recent Medieval imaginings thusly: “Here in the third decade of the twenty-first century, the Middle Ages seem to persistently intrude into modern society, but the stereotypical Middle Ages presented so often in popular culture is unrecognizable to historians like us,” citing series like The Vikings and Game of Thrones, the show which gave Ramsey her breakout role.

The Medieval domain has been ceded to bloodthirsty fantasists who aren’t even telling Medieval stories, rather parallel world stories of chivalry gone awry, of dragon-riding queens and lumbering ogres fighting over kingdoms comprised of little more than crumbling buttresses and scorched earth. If you want to blame someone for this dark distortion of a decidedly heterogeneous age, don’t blame Peter Jackson.

The Medieval domain has been ceded to bloodthirsty fantasists who aren’t even telling Medieval stories.

Blame “fourteenth and fifteenth century Italian humanists,” who, write Perry and Gabriele, “frustrated with the political chaos and warfare of their ugly era, decided to draw nostalgic links to the worlds of ancient Rome and Greece, using the distant past to sever their connection to the previous thousand years of history.” The historians of each age turn ashamedly away from the last, decrying it as unforgivably backwards despite the interceding ribbons of brightness, all the progress, and even the mundanity that does not conform to the enclosing image. Thus we inherit the epithet “The Dark Ages,” and “medieval” remains synonymous with barbaric.

Dunham’s film by contrast bursts with light and splendor, even as it coincides with torment and strife. Catherine Called Birdy begins with a mud fight—villagers, noblemen, merchants, and warriors shirk their ranks as they become brothers and sisters in filth. On Christ’s Day, making peace with the hard times her family has fallen on, Birdy remarks, “When I was young, Father had a golden Jesus that pissed wine. Now we just cut the brown parts off the carrots.” And on All Hallow’s Eve she does not fright or despair, but rejoices in the family’s graveyard, where she communes with the spirits of all the stillborns her mother (Billie Piper) has had to bury.

Dunham reinstates the nasty yet sexy, beautiful yet gross vision of the Middle Ages that once reigned. It’s a vision made popular by the most influential medievalist of the past century, one who wasn’t even a medievalist, but rather like Dante, a poet in exile who had the ability to hold the light and dark in his hands at the same time and see them for what they were: indivisible.

That would be Mikhail Bakhtin, the Russian author of Rabelais and His World, a book-length piece of literary criticism which, when published in 1965, radically reconstituted the Middle Ages as a time defined not by its many calamities—namely the Crusades, the Black Plague, and the Hundred Years War—but by the persistence of the people in spite of those tragedies. Though “the element of laughter was accorded the least place of all in the vast literature devoted to myth, to folk lyrics, and to epics,” Bakhtin wrote, it is this “boundless world of humorous forms and manifestations” that not only “opposed the official and serious tone of medieval ecclesiastical and feudal culture” but provided the foundation for regular people’s lives.

She has found in the Middle Ages, ironically, her first public that does not want to hang her.

Birdy, her friends, and her family certainly live in a time of great upheaval. It was, the historian Barbara W. Tuchman notes in A Distant Mirror, “a time, as many thought, of Satan triumphant.” But “after the experiences of the terrible 20th century,” she continues—and she may as well be writing about the 2020s—we may “have greater fellow-feeling” for the denizens of this “distraught age,” and especially for their humor, in which the boundaries between filth, purity, despair, and ebullience were all blurred.

“There’s a hanging in Rutherford,” Birdy proposes coyly to her nursemaid Morwenna (Lesley Sharp) early into the film, “one ever so small. I thought I could attend.”

“I cannot bear this with good humor month after month,” Birdy says of her newly started period. “I would prefer a monthly bath in poo.”

And of her dashing uncle George (Joe Alwyn), a crusading knight freshly returned from conquest, Birdy cries to her best friend Aelis (Isis Hainsworth), “If only he were my cousin and not my uncle!”

Gallows humor, menstruation, incest—the film is as thoroughly Medieval as it is Dunhamesque. She has found in the Middle Ages, ironically, her first public that does not want to hang her. Particularly, it is this Bakhtinian vision of the Middle Ages, which emphasized the “comic double” of all tragedy and officiousness: “Coupled with serious myths were comic and abusive ones; coupled with heroes were their parodies and doublets.”

Recalling the infamous scene in Girls in which Alison Williams’s uptight Marnie gets her ass eaten (on-screen anilingus was still shocking in 2015!), or the list of lewd acts that the naive Sarah Jo commits herself to exploring in Sharp Stick, Dunham’s compulsion to expose our baser instincts was never a simple pursuit of the shocking, but a humanist desire to air out our private shames, to haul them from the enervating dark into the light. Bakhtin identified a similar “characteristic logic” of the time period. He called it the “inside out” or “the ‘turnabout,’ a continual shifting from top to bottom, from front to rear, of numerous parodies and travesties, humiliations, profanations, comic crownings and un-crownings.” If this doesn’t describe the dynamic reversals characteristic of a Dunham screenplay, I don’t know what does.

When we loved Lena Dunham, we loved her because she spoke her mind. Even when it was inadvisable, even when it was unsavory. She was the first millennial to take all the rancid characterizations hurled at us by our elders and wear them proudly. Even as her own intrinsic qualities became synonymous with the “deplorable millennial” itself, she didn’t stop writing exactly what was true to her. Catherine Called Birdy is the heartiest, most joyous reminder of the power and clarity of Dunham’s voice. Dunham may not be for everyone, but Birdy is a film for many. 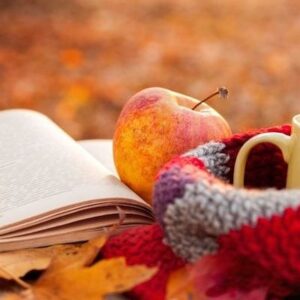 Leonard Cohen’s A Ballet of Lepers, Lydia Millet’s Dinosaurs, and Andrew Miller’s The Slowworm’s Song all feature...
© LitHub
Back to top