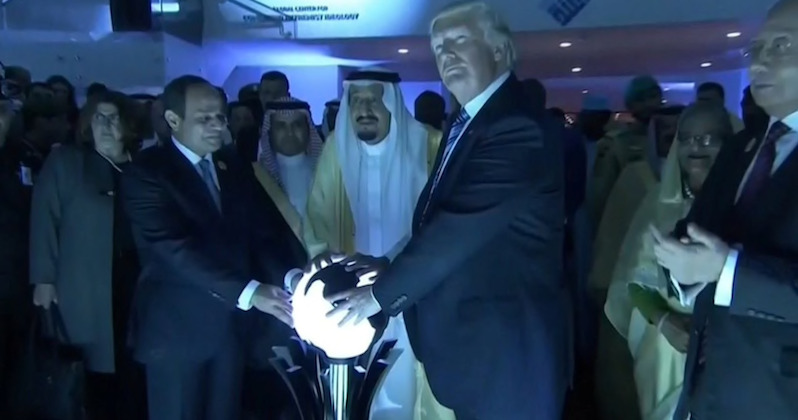 The event the three leaders were attending was the opening of the Global Center for Combatting Extremist Ideology in Saudi Arabia, but Twitter users wasted no time mocking the moment for its strange sobriety and, some would say, ironic similarity to this image of the wicked Lord of Isengard: 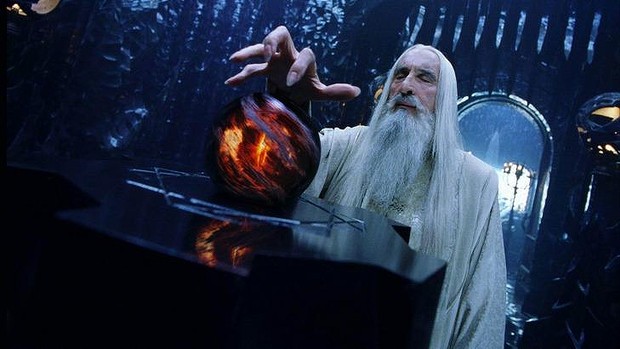 Business Insider was able to get a copy of the book ahead of its release next week. Hubbard writes that, in the days immediately following the Global Center’s inauguration ceremony, American diplomats at the US embassy in Riyadh would pass the orb in the hallway and stop for pictures.

It got so much attention that someone in the embassy, apparently worried about the possibility of the orb pictures leaking to the public, got the orb removed to the embassy’s storage space.

Who knows what awful images lie therein, what dark, Instagram-worthy fates the American diplomats glimpsed? It was picked up by the most unlikely creature imaginable…