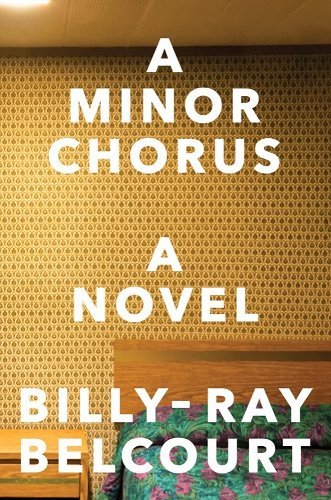 The following is from Billy-Ray Belcourt's A Minor Chorus. Belcourt is a writer from the Driftpile Cree Nation. He is an assistant professor in the School of Creative Writing at the University of British Columbia and the author of three books of poetry and nonfiction. He lives in Vancouver.

I read a Facebook post from an old friend detailing an abusive relationship she’d just exited. Her name was Robin, and she’d been dating a man named Mark. Mark wasn’t one of our peers because he had graduated years before us; rather, he was the kind of man who lingered around teenagers, didn’t move on from high school. He was big, imposing. He exuded a subtle mischievousness, and so he wasn’t someone I could ever fathom trusting. At first, Robin wrote, I felt protected by him. Until I didn’t. She had just ended the turbulent ­relationship and had taken to social media, she explained, because she didn’t want to remain silent. She wanted to warn others about the harm he inflicted and likely would continue to inflict. We have to hold these kinds of men accountable, she concluded. It was a call to action, and an act of prayer. There were comments upon comments from other women saying, I believe you and fuck that guy and I hope you press charges!

There are so many stories of this sort about these kinds of men, I thought. Men who backed people into the corners of their lives, who set everything ablaze, who walked toward the fire and put their hands to it. These men demanded a certain formlessness from women, demanded that they exist as containers for their anguish. In other words, they wanted to reign over meaning, to force the genre of women to engender the same thing without end: the end of women.

To write out of northern Alberta I had to do so in a feminist mode, I thought. I needed to insist on a form of gender that wasn’t a natural disaster but rather a sprawling field where nothing was a coffin someone could fall into.

Mark got a job up north about a year and a half into the relationship, Robin said.

We were walking along a side road that bypassed the main street. To our left was a train track and beyond that was an expanse of farmers’ fields. Robin looked as she had when we were in high school together, youthful and warm. Her consideration felt unconditional, democratic. This made her willingness to join me on an impromptu walk less surprising. She was dressed in an oversized flannel shirt and jean shorts. We laughed when we first approached each other, as I was essentially wearing the same outfit. I felt immediately at ease with her despite not having kept in touch during the intermediate years.

At first it was a blessing, she said. He’d been unemployed for months after getting let go from the mill when it announced an imminent closure. I was only working part-​time at the grocery store because I was taking some courses at the college. His great-​uncle, or something like that, got him an interview. The next week he flew to a camp near Fort McMurray, started working as a junior mechanic under the supervision of his great-​uncle. It was shift work, seven days on, four days off. It was hard for me to adjust to the rhythm, having already lived with him for a year, having spent every day with him during that time. His absence, which was more accurately the absence of his chaos, startled me. He brought a lot of noise into my life. He generally spoke loudly and was always ranting about something, usually something problematic. I often ignored him, she continued, which didn’t bother him. He didn’t want me to engage anyway, he only wanted to be heard.

A matter of receptivity, I thought. The fact of being vulnerable to another’s language, regardless of if we respond or not.

Whenever he wasn’t working, she continued, we talked on the phone for hours during those first few weeks. When he came home, there was so much passion between us. The time apart rekindled something in our relationship that I didn’t realize had been disintegrating. He was newly tender. I fell in love with him all over again. As she said this, a train’s horn blared in the distance. I almost didn’t hear her.

That feeling of bliss was short-​lived, of course, she added. One day, after the typical six-​hour drive, he arrived home angry. He said that a bunch of his coworkers had been laid off, including the one guy he’d gotten closest with. Everyone was blaming the New Democratic Party government, saying they were endangering everyone’s way of life, the Albertan way. He was swearing and shouting offensive words so loudly the neighbors called the next day to ask if I was okay. I was so embarrassed. When we first met I didn’t yet have the vocabulary to understand the kind of person he was, but I was taking introductory courses in sociology and political science and the instructors really changed how I saw the world. Mark was a large straight white man whose family literally helped settle this region. And yet here he was decrying the end of some era of Albertan dominance or whatever. It’s fucked up.

With this remark, I felt seen in a way I hadn’t all week. Her structural analysis, however terse, reminded me that my academic training enabled me to see in a way that my rural upbringing hadn’t. We saw what we saw in the same light. In this was a kind of intimacy.

In the wake of that moment, Robin said, I started to rethink the relationship, to revisit the past and assess his actions differently. As I said, he brought a lot of turbulence into my life, and it was so persistent and normalized I became numb to it. He was constantly accusing me of infidelity and disliked my parents so much he talked me out of visiting them on numerous occasions. My family, as you know, is almost accidentally liberal, as well as firmly middle class. He felt like an outsider, coming from a working-​class family. He never contributed to conversation. He carried a great deal of shame about the poverty he grew up in. When he was out of work, he spiraled into a depression. It challenged his sense of his own manhood. He felt that he wasn’t providing for us, especially since I’d taken over paying most of the bills. To him, this was a deep moral failing. During that period, I found myself worrying that he would resort to violence, though I somehow rationalized that possibility as unexceptional, as something men inflicted on their loved ones all the time.

I watched him from a distance after that, she continued. I would notice the small terrors he brought into my life, but I was unable to confront him about them. Every time he returned from the oil field he had a new story about how radical leftists and whatnot were ruining the province, the country. He even started saying homophobic shit about one of our oldest friends, someone he once respected. It pulled me out of whatever fantasy I had about the man he could become, the man my love could transform him into. As I was preparing myself to break up with him, coordinating with my parents and cousins about a getaway strategy, he did what I described in my Facebook post. For the most part, I avoided having discussions with him about the upcoming election. I had no reason to believe he’d participate in an open discussion about our political beliefs and how they differed. On election day, he had to travel back to the camp and would vote before leaving town. As he was heading out of the door, he called me over and told me to give him a kiss, which was pretty routine. Then he pulled me closer to his chest, and the next thing I know I’m in a headlock, gasping for air. He whispered into my ear that I had to vote for the conservative candidate or he’d fuck me up. Then he laughed, he fucking laughed in my face, as I was crying.

I voted that afternoon because he wanted me to take a photograph outside the polling station. I went to the poll, but I spoiled the ballot. My vote wouldn’t have mattered in the grand scheme of things, especially so in northern Alberta, the conservative stronghold that it is, but he wanted to dictate it in order to begin to control me. He knew that I wasn’t just voting against his preferred candidate, but against the person he had become.

Do you think he realized he’d become radicalized? I asked.

I don’t, she said. He felt owed a particular degree of wealth and social capital for no reason other than who he was and the history he was connected to. So I left. I stopped answering his calls and texts and moved out of the house. He parked outside of my parents’ house for a few days, even smashed their headlights. But then he moved on. I heard he was seeing another girl the next week. My Facebook post was partly a signal to her. I hope she sees it.

I was reminded of my own experience of freeing myself from the looming threat of toxic masculinity. Emotional unavailability and domination were the two primary modes available to me; the men around me rarely deviated from those scripts. A boy stepped into one or both of them the way one stepped into a house, with a kind of quiet triumph. But I was predisposed to another way of being, one rooted in joy and care, one that didn’t bulldoze those around me. Robin was right, I thought, one had to pursue what was otherwise. The result was indeed a kind of freedom.

Next month, she continued, I will move to Edmonton to start a degree in education. I want to come back and teach teenagers, maybe empower kids who were like us, kids who needed glimpses of the world beyond this boreal forest. As she said this she gestured toward the trees that lined the horizon.

What’s your book about, by the way? Robin asked.

I told her I couldn’t satisfyingly answer the question, which was and wasn’t a lie, something close enough to the truth. At this half explanation she shook her head.

If anything, I ad-​libbed, not wanting to appear secretive or pretentious, I intend it to show that the disregarded sometimes live the most remarkable lives, but there’s so much we have to unsee to see that in its entirety. I hope I know how to.

As I said this Robin grabbed my hand and squeezed it. You do, she said, you do.

The Women Could Fly by Megan Giddings, Read by Angel Pean 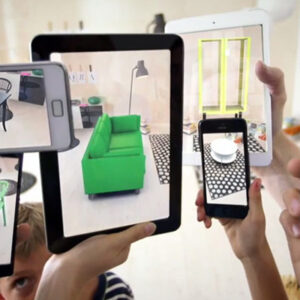 How Augmented Technology Can Revolutionize the 21st-Century Factory and Make Work More Productive and Meaningful Hosted by Andrew Keen, Keen On features conversations with some of the world’s leading thinkers and writers about the economic,...
© LitHub
Back to top