A Letter to My Son: Kirsten West Savali on Motherhood and Ancestral Resilience

"Our family’s legacy is too deep and our love too strong for a badge-wearing coward to strip away."

My son, my love, my heart. I don’t know why I’m writing this now. Perhaps, because I’m struggling to breathe beneath the crushing weight of my own mortality. Perhaps, it’s the unfathomable grief that haunts me until I surrender to it over and over again. Perhaps, it’s desperation or, maybe, it’s hope—hope that something I say will protect you, keep you safe so that you always, wherever you are, come home to me.

There have been days since your dad died that I’m terrified you’ll want to escape this house as soon as you can. How could you not when so much pain lives here, threatening to smother the joy we so carefully nurtured for you and your brothers. I try to do better, be better, for you. I’ll never forget the day you found me sobbing in bed, wrapped in your father’s jacket. You asked me why; do you remember that? I told you that I missed your dad every second of every day and that, sometimes, I felt broken. You looked at me and said, “See, Mom, that’s why I don’t want to love anyone like that because I don’t want to feel… like that.” But you will, baby. You will love and you will mourn like so many others before and after you. The only thing I can tell you is that you’re not alone in that inevitability and never have been.

It’s been 598 days since your dad died and 593 days since we laid him to rest next to your grandfather, your grandmother, and your great-grandmother at Pine Hill—the hallowed burial ground that holds all of the loves ones we no longer can. Though we’ve physically lived in Texas since he was diagnosed with cancer three years ago, my soul is tied to the sacred soil of Natchez, Mississippi, 341 miles away. Still, it is here, in this reddest of red states, that the grit, wisdom, and determination of our Mississippi ancestors have sustained us.

It is here, in this Houston suburb, that a white teacher kicked your little brother out of class for taking a knee in solidarity with others for standing up against police brutality. It is here that a white teacher called the police on him and his friends for not moving far enough away from the basketball courts at school during a track practice. And it is here that our white neighbors—one of whom told me that your friends are lucky they didn’t get shot running through his yard—take any opportunity to plant the US flag into their freshly manicured lawns, professing their love and allegiance to a nation that has spilled Black blood for centuries with neither apology nor regret.

I worry about you more in this community—surrounded by the smiling faces and trigger fingers of people who don’t see color—than in any place we’ve ever lived; but, I’m not ready to move somewhere your father has never called home.

Our family’s legacy is too deep and our love too strong for a badge-wearing coward to strip away.

Sometimes, though, I think our very presence here is a reckless rebellion. Brian Encina—the Texas state trooper who pulled over Sandra Bland and physically assaulted her before booking her into the Waller County jail cell she was found hanging in three days later—once lived in this town. The long nights of driving the highway between your dad’s hospital room and our home were filled with many thoughts, but two pounded like fists in my brain over and over:

The love of my life has to live.

I have to live to get home to my babies.

There’s a revolution outside, my love. Do you remember the sign you wrote when you were 7 years old to show support for Trayvon Martin, the long nights I spent reporting on the Ferguson Uprising after Ferguson police officer Darren Wilson murdered Mike Brown, or going with your father and I to the Triple S in Baton Rouge to pay your respects to Alton Sterling? Well, here we are again, protesting against white supremacist and state-sanctioned violence against our people.

Police officers may have lynched George Floyd 1,194 miles away in Minneapolis, but 25 miles from our front door Houston’s Third Ward residents have painted murals and flooded the streets in righteous protest seeking justice for the “gentle giant” of Swishahouse’s Screwed Up Click. He was loved as you are loved, Walker. He called for his mama with his last breath.

This violence is not new, baby. You come from a town where, in 1967, the Silver Dollar Group, an arm of the Ku Klux Klan, murdered NAACP treasurer Wharlest Jackson because he received a promotion at the old Armstrong Rubber and Tire Company. They placed a bomb under his car that exploded a block away from his home. When his wife Exerlena heard the deafening sound, she knew in her heart they had finally killed him.

Not too far from there is the Forks of the Road, once the second-largest slave trading post in the United States. It sits across the street from my old Catholic elementary school, the wicked place where Sister Pat told me that even though I was smart, I shouldn’t reach too high for a Black girl. This, too, is violence.

Across town, a stone’s throw from your great-grandmama’s home on Cemetery Road, is the Devil’s Punchbowl. After the Civil War, Union Army soldiers created a concentration camp there for our recently freed ancestors. They were left to die, starving, as the conquering heroes marched away. Legend has it that no one would eat the wild peaches that once grew there—strange fruit, indeed.

Your hometown is a place where the Mississippi Sovereignty Commission investigated and surveilled your great-grandparents, who were members of the NAACP, for registering people to vote; where white supremacists threw rocks at your great-grandmother; where a bomb was placed under your great-uncle’s car when he integrated the all-white high-school; where state troopers harassed and assaulted your grandfather and his basketball teammates because they thought they were Freedom Riders; and where a white police officer arrested me after claiming I tried to run him over, his lips twisting into a grotesque smile as he said, “I don’t care who your daddy is. You’re going to jail.”

As empires and tears fall, you need to know that you come from a tradition of Mississippi warriors who have resisted despair’s siren song and remixed it until it sounded like freedom.

You probably just remember your granddaddy as the man who spoiled you, loved you, and showed you off to any and everyone who came into his office. But like his father and mother before him, he was a business owner who served on the Board of Aldermen in a town uncomfortable with and resentful of Black power. That police officer, drowning in his own white fragility, wanted just for a moment to make me feel as if I had none.

Our family’s legacy is too deep and our love too strong for a badge-wearing coward to strip away. It was that power that helped me rise up from the hell in which I’d been cast when your dad was diagnosed. It was that power that sustained me when I uprooted our family to move to Houston for his treatment. It was that power that protected us when Hurricane Harvey flooded us out of our home and into a shelter, then into a hotel. And it is that power, fueled by ancestral resilience, community solidarity, and love—always love—that lives in and surrounds you always.

It is 5 am now, Walker, and I can’t sleep. I hear you in your room laughing and talking to friends you haven’t seen in person since the beginning of the COVID-19 pandemic. Your baby brothers are nestled against me. I’m on your dad’s side of our bed writing you this letter with his socks on my feet and his wedding ring over my heart. We thought he had more time, that we had more time. We thought he’d be here to raise you into manhood, and I’m terrified that I can’t keep you safe. Where in the world is safe for you, my beautiful, beautiful boy? These are a mother’s fears.

There’s a revolution outside, my love. And as empires and tears fall, you need to know that you come from a tradition of Mississippi warriors who have resisted despair’s siren song and remixed it until it sounded like freedom. You need to know that, yes, one day you may feel “like that,” and I’m so sorry that I can’t protect you from it all. You may grieve and mourn and scream from the depths of your soul as so many of our people are doing now—not just in streets across this country and around the globe, but in bedrooms and around kitchen tables where there are no cameras or lights or hashtags.

My son, it is my honor to bear witness to your journey. I live in gratitude for you. I am in awe of you, you who made me a mother. Your dad and I dreamed of you; we dreamed for you. And I will fight for your joy and your freedom all the days of my life.

With my whole heart,

Kirsten West Savali is an executive producer at ESSENCE Magazine, most recently serving as the magazine’s senior editor of News & Politics. She is also a member of the 'me too.' Movement's editorial team. Follow her on Twitter: @KWestSavali and IG: @KirstenWestSavali

Will Harris on the Idea of Poetry as Interconnectedness

What is the Future of Farming in a World of Water Shortages? 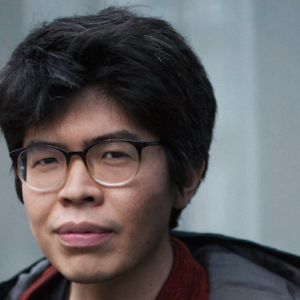 Will Harris on the Idea of Poetry as Interconnectedness

For this installment in a series of interviews with contemporary poets, Peter Mishler corresponded with Will Harris. Will...
© LitHub
Back to top