Thanksgiving Day 1964 also followed in the footsteps of an election. President Lyndon Johnson won in a landslide victory at home while the Vietnam War raged on abroad. The United States was by this time deeply mired in the conflict; dispatches from generals stationed in Saigon argued for an even more expanded role. Elsewhere, deep in the Adirondack Mountains of upstate New York, a woman named Anne LaBastille spent Thanksgiving helping an old woman carry her belongings by boat to a more accessible road. It was a treacherous expedition, which required breaking the ice that had already formed on the surface of the lake, and carrying along a boat heavily laden with the woman’s possessions. Her Thanksgiving dinner was a quick turkey sandwich eaten between numerous trips it took to complete the job.

Anne LaBastille persevered that day, ferrying the woman across and, after some suspenseful moments, reaching the safety of her own cabin on the opposite shore of the half-frozen lake. The account of that November rescue and of the two years she spent living alone in a rough-hewn cabin on its shore is recorded in her 1978 book Woodswoman: A Young Woman Meets the Challenge of Living Alone in the Adirondack Wilderness. A mixture of tragedy, circumstance, and grit led Anne to take on the challenge, which was unheard of then and is rarely taken up now. “I had no place to go,” she writes with characteristic bluntness. “My own family were either dead or scattered, leaving me with no relatives to turn to” (6). Her marriage to a man that ran a resort and vacation cabins in the Adirondacks, flailing for a while, had finally faltered in the summer of that year. LaBastille’s husband delivered an ultimatum, or rather an eviction notice, that required her to be out and away by the Fourth of July 1964.

She did just that. From the scabrous situation, she carved out space for what had been a lifelong dream: a place where she could “write and relax.” A withdrawal into the peace of nature, she hoped, would “remedy [her] despair” and “a rustic cabin would be the solution to [her] homelessness.” Her decision echoed another taken over a hundred years prior in July 1845, when a man named Henry David Thoreau left the town of Concord to live in solitude on the shore of Walden Pond. Like LaBastille, he was tired of his dependence on others: his already poor family and Ralph Waldo Emerson, both of whom had subsidized his existence until then. “A simple and independent mind does not toil at the bidding of any prince,” he noted.

When Thoreau retreated to Walden Pond, women did not yet have the vote. His contemporaries, Louisa May Alcott and Margaret Fuller, could not live by themselves anywhere, let alone choose to live alone in the woods. In 1858, when Ralph Waldo Emerson held his famed “Philosopher’s Camp” in the Adirondack wilderness not far from where La Bastille would one day build her cabin, he did not invite either woman to participate. The idyllic natural environment, whose delights he sought to bring to his male friends—including Bronson Alcott, Louisa May’s father—was not, in his estimation, something that would similarly benefit women. Some of these circumstances had changed by the time LaBastille set out to build her cabin in the Adirondack wilderness. Not only was she highly educated, with a master’s degree (and eventually a PhD) in wildlife ecology, she, unlike Thoreau, owned the property on which she set out to build her cabin.

But other things had not changed much. First, while women were living alone in 1960s America, they were not living alone in the wilderness. LaBastille wanted to avoid cutting down any of the large trees that were growing on her property, a costly commitment that required lumber to be transported to the site via boat. In a telling incident from her book, one of the builders she hires to help her do this says, “Come on, woodswoman, Compromise!” (13) LaBastille does compromise in that instance, using some pre-cut lumber to build her cabin, but the concept is not a recurrent theme of her foray into the woods. Working alongside the men, she splits logs, saws openings for doors, fills chinks in logs with fiberglass, and slathers veneer on the white pine logs until the cabin becomes a reality. It is only then that she allows herself to declare, “My new home, the first real home of my adult life, was ready for occupancy.” LaBastille’s first guest, a writer, describes it thus: “Your log cabin is as softly outlined, as naturally brown, as proudly retiring, as completely indigenous in character as an Adirondack bear, a real pre-people Adirondack bear.”

But even an Adirondack bear, it seems, cannot evade the intrusions of meddlesome men. One of the most dispiriting of these incidents comes not long after LaBastille has settled into her new abode, hung up the curtains, and created a sleeping nook so cushioned with balsam fir that it feels much like sleeping outside among the trees themselves. One morning, when her sojourn in the cabin is barely a week old, a man shows up, ties his boat to the dock, and stomps to her front door, which he proceeds to bang on loudly. When LaBastille opens the door, the man—a lawyer—glibly informs her that her cabin is in violation of a covenant that forbids the building of structures less than 50 feet from the shore. LaBastille’s cabin stands at 38 feet. To comply, she must move it back another 12.

The structure is moved with the aid of some inventive and enterprising friends, but the meddling men return in different forms. On October 25, the official opening day of hunting season, LaBastille is in her cabin when she hears a gunshot ring out just behind it. When she goes outside with her shotgun, she finds three stocky and armed men stomping across her property. A tense exchange follows. LaBastille, armed with her own shotgun, admits to “a flutter of fear.” She wonders if the men will “back her down and march right on through” undeterred by the woman who stands in their way.  She doesn’t let on, however, tersely informing the men that the land is a refuge and they may not take shortcuts through it. The men leave, one of them muttering “Bitch” as she watches them walk away.

The struggles of solitude, however, are not simply external or male. The human mind, unused as it is to prolonged isolation, rails and rebels before making its peace with stillness. And LaBastille catalogues her own relinquishment of the crutches of worldliness with candor and care. There is lyricism and wonder in her words, but Woodswoman is not simply a paean to nature. It is more ardently—and in its meticulous detailing of hardships faced and overcome—an argument for the availability of nature, and the wild, to the woman who chooses it. As Thoreau did in Walden, LaBastille is careful to account for how she arranges her life: her water supply, her food, and often how much each of these cost. In these details of what she owns, what she builds and eats, what she fears, and when she is lonely or melancholy, there emerges a hands-on feminism: a how-to of self-reliance lived rather than simply theorized.

Anne LaBastille took care to disguise the location of her cabin and the name of the lake on which it was located, not wanting its seclusion to be truncated by droves of inquisitive tourists. When she passed away in 2011, the land she owned became a part of the Adirondack National Park. Her original cabin has since been removed to the Adirondack Museum where it will open as an exhibit in 2017. Another cabin in which she also lived remains on the property. The ramparts of both buildings testify to the commitment of a woman who knew that peace is sometimes only possible in isolation, that the soul is harder to nourish than the body, and that it is not the retreat into the natural world but the addiction to the peopled one that is artificial.

Thoreau spent two years at the cabin on Walden Pond before returning to his family’s home and the pencil factory that sustained them. A replica of his cabin, which was sold for scrap lumber, still stands on Walden Pond today: a non-descript building that looks more like a shed than a literary sanctuary. Walden, his account of living there, has become a classic, touted as a favorite book even by many who do little in actuality to shun the materialism that it eschews. The years immediately following Walden’s publication were dark ones for America; the idealism of transcendentalism, so avidly preached by Emerson, was shattered by the gruesome realities of the American Civil War. Walden may not have been written as an ode to the possibility of escape, of a world untrammeled by politics, but it was perhaps read in just that spirit.

The events that make up the action of Woodswoman took place in the early years of the Vietnam War. Its publication came later, when the pain of the war’s legacy had left a country divided, families and hearts broken, and the political landscape covered in the detritus of disenchantment. I read Woodswoman this November, a moment of equal hopelessness, borne of a nation’s retreat into fear and suspicion and beset by the seeming impossibility of humans to transcend derision and self-destruction. A turn away from the disappointing world of human affairs, toward the succor of the natural and wild, has appeal now; its promise of reprieve is luminous against the grime of the present. Anne LaBastille did not present the life of a woodswoman—a woman living alone in the wild, a woman in search of solitude and solace—as an escape from the world’s grittier realities. But in living it and writing of it, she made a different reality, and for all the women who have come after, a possibility. 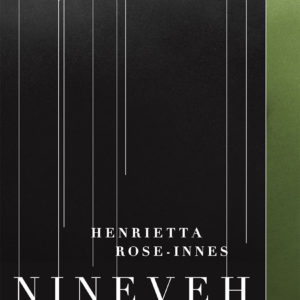 It’s strange, what disgusts people. Who would scorn the friendship of gecko, for example: golden-eyed, translucent-skinned,...
© LitHub
Back to top