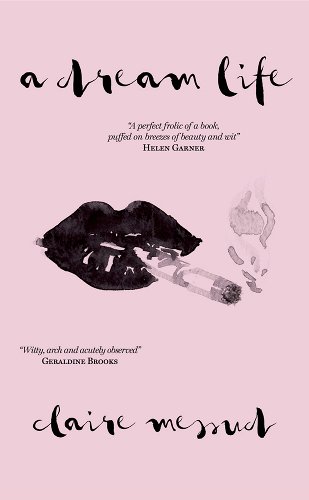 The following is an excerpt from Claire Messud's new novel, A Dream Life. Messud is the author of six works of fiction. A recipient of a Guggenheim and Radcliffe Fellowships and the Strauss Living Award from the American Academy of Arts and Letters, she lives in Cambridge, Massachusetts, with her family.

The American family rented the house without having seen it—how could they have, halfway around the world?—so they did not know what it meant. When the limousine that had brought them from the airport pulled up before the gates, when it turned into the circular drive, around the trickling fountain, at the foot of which bloomed an open mouth of waxy red begonias, and came to a halt beneath the ivy-trailed, sand-coloured portico, the husband smiled, a half-smile which did not reveal his teeth, and, his eyebrows raised, murmured, “Oh, my.”

The two little girls in the back seat rubbed at their eyes and tugged their crumpled frocks. “Are we here, Mom? Is this it?” asked the elder, a child of six. Her sister, a few weeks past her fourth birthday, stared at the lion’s-head knockers on the dark, double-fronted door and slipped a consoling thumb into her mouth. But their mother said nothing at all.

The Americans were dumbfounded by their new home. The four of them had left behind a cramped two-bedroom apartment on New York’s Upper East Side, whose chief advantage had been the view, available from the kitchen window with much bobbing and craning, of a silver swatch of the East River, caught between two massive modern buildings like their own. The little girls had never known anything else, had considered houses with staircases and unfolding rooms to be a novelty of grandparenthood: their mother’s parents, in Buffalo, lived in such a place, while their father’s mother had sold her marital home upon her husband’s death and retreated to a small apartment, not unlike theirs, in Chicago.

Upon arrival, then, in the Deeds residence (“Chateau Deeds”, as the father jokingly dubbed it, a name that would live in their family lore forever), the two girls ran squealing from room to room; they clattered along the broad parquet hall and peered into the great drawing room, with its alcove study and foggy drapes; into the panelled dining room, the morning room, the library; they tumbled through the conservatory in a giggling sweep, and back to the hall, where they paused in bafflement at the green baize door until their mother pushed it ajar, allowing them the run of the back of the house—the kitchen, the pantry, the coat room, the laundry room, so many shiny floors upon which little feet might create a thundering roar. They tripped up the back staircase to the servants’ apartment and the sewing room, and thence onto the second floor, where they found the studded trunks full of their clothes and toys awaiting, magically, in the nursery, beyond which extended a large sunlit playroom of their very own. Along the upstairs hall they discovered door upon door, enclosing bedroom upon bedroom, and at the end, near the elaborate, arced front staircase, their parents’ room, a vastness of sky-blue carpet along which the tracks of the last vacuuming were still apparent. This master bedroom gave, through long and sparkling windows, onto the front garden and the drive, so that it held within it the constant murmur of the fountain; and beyond the walls, beyond the road and smaller houses so neatly arrayed, it gave onto the sea, no faint and tiny square barely glimpsed but a glittering expanse, across which ferries and little sailboats and occasional cargo ships skittered like insects.

While the girls leaned, that first time, against the glass, pressing their small fingerprints into its perfect surface, their father moved in the adjoining bathroom, running the taps, and their mother stood behind them, one arm to her ribs, the other clasping a cigarette, staring also out of the window, saying nothing.

“It’s really something,” said her husband, emerging, rubbing his face with a plum-coloured towel. “We’ve moved up in the world, sweetie, that’s for sure.”

“We’ve moved to the end of the earth is what we’ve done,” she replied, stubbing her cigarette in a small mosaic ashtray among the knick-knacks on the dresser. “What time is it in New York?”

“It’s yesterday,” he said. “Imagine that! Like time travel.”

“Where’d it go, Mom?” asked the elder of her daughters, open-mouthed. “Where does a day go, without us?”

But her mother merely shrugged, and left the room.

Alice Armstrong had not welcomed her husband’s promotion. When he first announced his posting to Sydney, she had bit her lip and said, “Are they moving you up or out, Teddy? Up or out?”

But he, with his uneven grin and his caterpillar brows awry, had barely heard, and had not understood. “Up, up and away,” he cried, embracing her and trying to lead a waltz around their tiny kitchen. It was winter then, and through the window a dove-coloured dusk had fallen on the patch of river. The apartments all around were dotted with cozy yellow light, and in their distant windows, people, families, moved like shadow puppets. “First class all the way, sweetie. First class!” he marvelled, certain she must share his delight.

And she, finally, had struggled from his grasp, had patted his cheek with her cold hand. “I’m glad you’re so happy. I’m glad it’s the right thing for your career. I’d better go check on the girls.”

Now, slipping like a ghost through the opulent rooms, Alice thought she understood where she was: in a dream life, where nothing could matter and nothing would last, a hiatus from reality which, precisely like time travel, would deposit her back on her own shores, in her own time, at some unforeseeable but anticipated moment. All this would be revealed to be a mirage, which was why her fear was unnecessary (although she could not quell it), why her anger was itself an illusion (although she could barely contain it), and why her eyes and limbs felt so very heavy, as though she dragged through sand.

What would make it real, this life? Her husband would have the bank, long hours with men scrubbed and eager as himself, would be juggling numbers, flirting with secretaries, bolstered in emphatic normality by the conferences, the jugs of water, pots of coffee, neat rows of pens and paper, the enclosed hum of air conditioning and the artificial lights. Her daughters would have school, the thrill of elaborate uniforms and square, plastic school cases, nametags on their socks and knickers, in the brims of their hats—straw for summer and felt for winter, secured with thick elastic beneath their plump, smooth chins. They would have teachers and playmates, schoolyard games of witches and fairies, and, in time, piano lessons at the elbow of the genteel teacher next door.

But she, Alice Armstrong, would have only Chateau Deeds, and, to be sure, on that first bleary morning as she opened doors and drawers and inspected the walled garden and the musty garage (in which Lady Maureen’s rose-coloured Bentley loomed beneath a pearly tarpaulin), as she ran her hand along the pink-and-white bricks, rough and crumbly, at the side of the house, as she inhaled the salt breeze and strolled barefoot across the crispy side lawn to the shade of the miniature orchard, brushing away insects and hearing, as if from faraway, the singsong of her daughters’ invented games—to be sure, on that day, Alice Armstrong could not know what that meant.

She had, in New York, all her adult life, been herself, a sometime graduate student in art history, a part-time assistant in children’s book publishing, a lover, a mother. She had been herself reflected in familiar form by her friends and her employments, webbed by phone calls from her parents and three brothers in their scattered states, bound by the daily rituals of the doormen and the grocery store, by her daily exchanges with the local bag lady who squatted next to her bulging shopping cart, by all the little ties and lines that fetter, and constitute, a life.

Without these, with instead the rhythms of the artificial domain reverberating around her, she would become something else, something unimagined: what Chateau Deeds required: the lady of the house.

Michael Kimmage on the Western Ideals That Once Shaped America 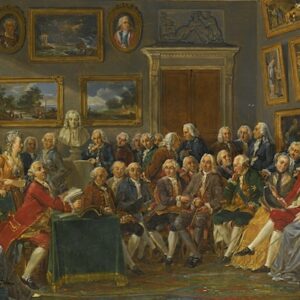 Michael Kimmage on the Western Ideals That Once Shaped America Hosted by Andrew Keen, Keen On features conversations with some of the world’s leading thinkers and writers about the economic,...
© LitHub
Back to top