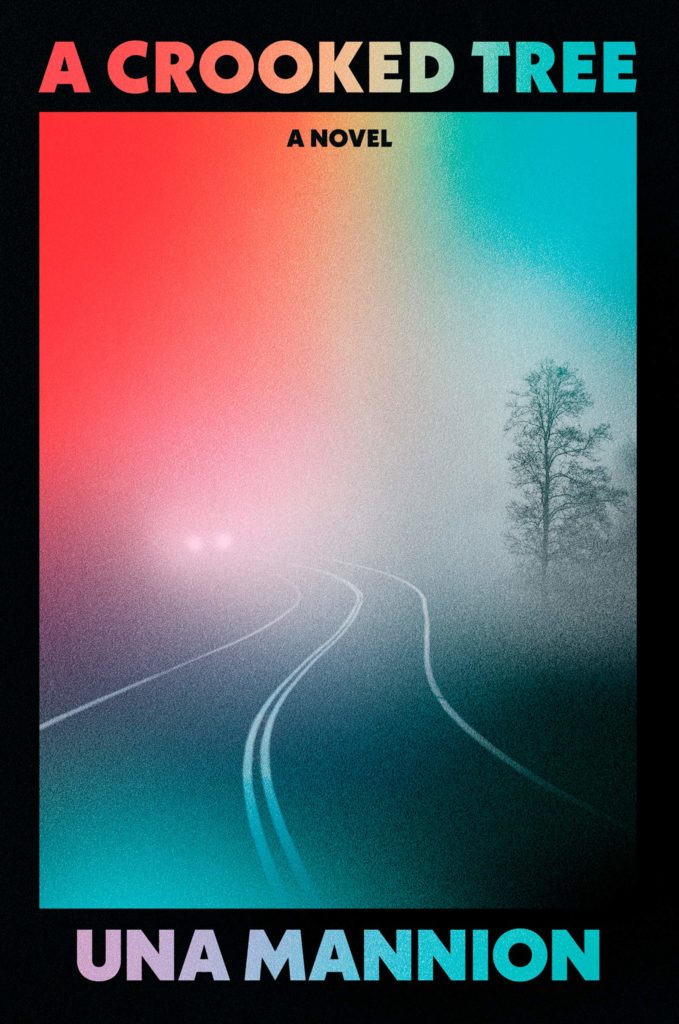 The following is excerpted from Una Mannion's debut novel, A Crooked Tree, a poignant portrayal of an unmoored childhood giving way to adolescence. Mannion has won numerous prizes for her work including the Hennessy Emerging Poetry Award. Her work has been published in The Irish Times, The Lonely Crowd, and Bare Fiction, among others. She edits The Cormorant, a broadsheet of prose and poetry.

The night we left Ellen on the road, we were driving north up 252 near where it meets 202 and then crosses the Pennsylvania Turnpike. To the west were open fields, stretches of golden prairie grass and butterfly weed, the final line of sun splintering light through them; to the east, King of Prussia—gray industrial sites cast in dusk, cement trucks, cranes, and a maze of highways and expressways. The Blue Route was somewhere over there, too, like an amputated limb, started in 1967 but fourteen years later still unfinished, the pavement ending at a line of overgrown grass and trees where the money had run out. Teenagers learned to drive on it or partied there late at night. The road to nowhere, we called it. We drove. Cars switched on their headlights and straight ahead the hills of Valley Forge had become shadows, the trees already dark silhouettes.

The six of us were in the car, Marie up front in the passenger seat, Ellen between me and Thomas in the back, and Beatrice lying in the wayback, with all our school bags and work folders from the year spread around her. It was the last day of school, and we were officially on summer vacation. My mother was driving. Erratically. She hit the brakes, accelerated, revving high in first gear before shifting. She was angry. I could feel it in the car’s sickening motion, and from the seat behind I could see it in glimpses of her jawline, how it moved and twitched under the skin, even when she wasn’t speaking. She and Ellen had been arguing, Ellen pestering her about going to an art camp that summer.

“I told you no. That’s enough.” She called it promotional blackmail, sending home brochures in school bags, and it infuriated her. “I have enough to handle as it is.”

I was dreading the coming summer.

I pressed my forehead against the window and looked toward that final thread of light. Sage would be working at the mall, waitressing in J. C. Penney’s diner. For the summer they’d offered her full-time. I’d spent almost all my summers with her. I thought about forging my mom’s signature to get working papers. At fifteen, I could officially work, but I knew I wouldn’t be allowed, that she needed me to look after the younger ones when she was at the hospital. Her job was admissions receptionist in the ER at Paoli Memorial. Sage said I was lucky. She complained about the other waitresses in their support hose and orthopedic shoes, splashing coffees on the counter for other geriatrics who sprayed tester perfumes in the morning over their eggs and toast. But I envied her real job, with regulars and tips and people who stiffed her and the stories she told. One customer in her nineties drank half-and-half from the white porcelain creamer left on the counter every morning, leaving behind a sloppy lip print in bright orange. It wasn’t about money or work—I had my Friday-night babysitting job for the Bouchers. I was afraid of all the days ahead of me alone.

Thomas was reciting the periodic table in a low whisper on the other side of Ellen. “There’s holmium, hafnium, erbium—”

“Shut up. Just shut up!” Ellen put her head down on her knees and crossed her arms over her shins. She was crying. A throbbing pain that started in my neck had moved across my skull into my forehead. I wanted them both to shut up.

“Did you know tears contain glucose, sodium, and potassium?” “Shut up, you weird science freak.” Ellen kicked his shins twice with her heel, shoving the driver’s seat, which she’d gripped for support.

“Stop it this instant. Do you want us to crash?” My mother was furious.

To the west were open fields, stretches of golden prairie grass and butterfly weed, the final line of sun splintering light through them

Her whine and his murmurs made me want to hit him or someone. Ellen’s head was back on her knees. I reached across her and pushed him hard on the shoulder with my knuckles.

“Shut up, Thomas. What do you know about tears?”

I said it and wished I hadn’t because there was something wrong with him, the way he didn’t cry after all that had happened to us, how he just disappeared into himself and his room. Right then, teasing Ellen, he was more like the old Thomas.

He turned toward the window and didn’t say anything back. It would have been better if he got angry. I tried to undo it, remembering a joke. “Hey, Thomas, if you’re boring and a moron, guess what that makes you?”

He turned to look at me, waiting. “Well?”

“Very funny, Libby, but you don’t even know what boron is. You’ve just admitted that I’m supernova material, not even of this earth.”

“All of you stop,” Marie said from the front, and she looked back at us over the seat. Her hair on one side was dyed black and spiked out like Siouxsie Sioux’s. She’d pierced her cheek and shaved the other side before the graduation mass at school, and it was growing back in blond stubble. Both Thomas and I went quiet. Marie was almost eighteen, only a year older than Thomas, but we listened to her, especially since she was giving away the rock albums she didn’t want anymore. She’d left Who’s Next on my pillow after I stayed home with Beatrice while she snuck out to a party, and Thomas got Quadrophenia for winning the highest GPA in his class. We both wanted Tommy. Thomas said he should get it, given his name and all. I didn’t want to point out further similarities, like a dead father, a mother with a secret boyfriend, and not being allowed to say anything. Neither of us even had a record player. Marie had a portable turntable, and we all used that.

Outside, dogwoods lined the understory where the woods met the fields, and even in the falling light I could see they were stripped of their bloom. Cornus florida. Oval leaves with primary veins that curve upward along smooth, wavy margins. Clustered flowers surrounded by bracts that people mistake as the petals. My father had bought me The Field Guide to the Trees of North America the last Christmas before he died. I’d read and reread the book, committing to memory every tree fact I could. I’d started a tree notebook, identifying all the trees I saw with descriptions of them in different seasons. I sketched them, took bark rubbings, pressed their flowers.

His gift had arrived in a package with a postmark from New York City, where he’d gone to live, working with a cousin, an Irish immigrant like himself. He’d gotten us each a card. For me, a forest of spruce, one tree separated out in front with a star on top. His handwriting was small and uneven, as if he weren’t used to signing cards, which I guess he probably wasn’t.

“For Libby, always in a tree. Merry Christmas. Love, Dad.”

I don’t know if I spent so much time with trees because I loved them or because of how much he loved me loving them, and I cannot separate these things. When I was maybe six, and he still sometimes lived with us, I’d come home at the end of a day in the woods, barefoot and filthy. Once he sat me on the washing machine, turning on the tub next to it, and washed my feet. He lathered up the soap and gave them a vigorous scrub, even using a nail brush on my heels, where dirt was embedded deep in the calluses. “There’s copperheads in those woods, Libby—you have to wear sneakers. You can’t keep going around barefoot.” Jagged scabs scored my shins from climbing trees and crawling under laurel and rhododendron thickets.

He took my hand and pulled my finger across the ridge of a particularly bumpy scab.

He had picked a book for each of us that last Christmas. Even now I think of him in that bookstore in New York City, selecting the books we would like, choosing our cards, deciding on the paper, then wrapping the gifts.

“See that? You’re already turning into a tree. Your legs are becoming bark.”

The furrowed scab was raised and dark. I traced it with my fingers and ran my hand up both my shins, feeling the crusts.

“I think I am,” I said. I looked up at him, happy, and he laughed and towel-dried my feet and shins, even between the toes, and then slipped socks over my clean feet.

“Now you can go up to Her Ladyship and not be in trouble. And keep your feet clean.” But I knew he loved my black feet.

He had picked a book for each of us that last Christmas. Even now I think of him in that bookstore in New York City, selecting the books we would like, choosing our cards, deciding on the paper, then wrapping the gifts: folding, tearing tape, and tying ribƒbons with his thick fingers, more conditioned to working machines or hauling cinder blocks. For Marie, he had bought the two-volume set Rock On: The Illustrated Encyclopedia of Rock n’ Roll, the Modern Years. I’d lost hours looking through the pictures. It covered 1964 to 1978 and pretty much all my favorite bands. Thomas got The Illustrated Encyclopedia of Astronomy and Space, which he kept in its original wrapping paper and wouldn’t let us touch. Ellen’s book was on art history and came with a watercolor set and brushes; for Beatrice he’d bought a book on breeds of dogs, with stickers. I wondered now if he’d told the person at the cash register they were for his children. I imagined him with his bag of presents on the subway back to the Bronx, sitting among the other Christmas shoppers, and there in the car I suddenly felt like I couldn’t breathe. I wished I could tell him how each book had become a cipher for us, how we couldn’t lose the picture he had of us or stop trying to fill it.

Rebecca Solnit: When the President of Mediocrity Incites an Insurrection 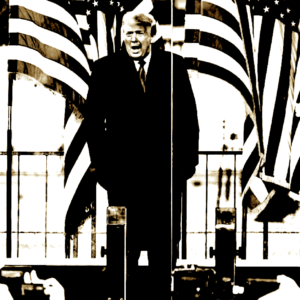 Rebecca Solnit: When the President of Mediocrity Incites an Insurrection Yesterday’s white riot launched by the president’s incendiary rally was another reminder that there are, in the minds...
© LitHub
Back to top