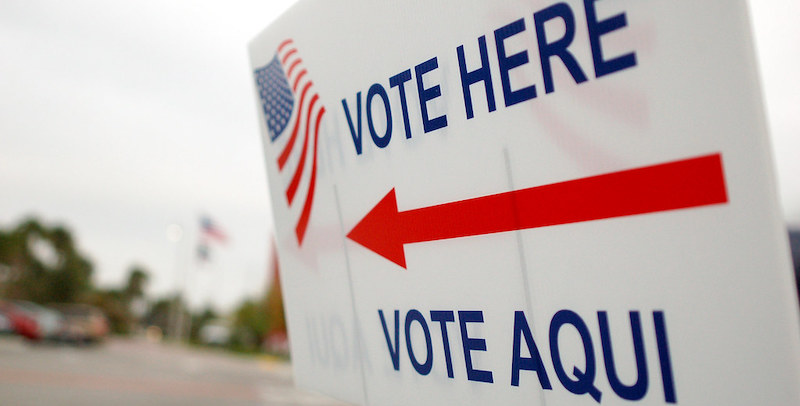 Read an Open Letter from Writers for Democratic Action

We write to you from the Texas and North Carolina chapters of Writers for Democratic Action, a national organization committed to “bringing together the literary community to demand racial and economic justice, champion suffrage for all people, oppose impediments to democratic government, and resist white supremacist, nationalist, and fascist movements.” The steering committees of our two groups include writers from Houston, San Antonio, Dallas, Austin, McAllen, Wilmington, Hillsborough, Mebane, Pittsboro, Asheville, and more—beautiful places brimming with diverse voices, avid readers, and important work to be done.

We are hopeful, angry, active, despairing, loving, flawed, and grateful. Grateful for one another, for the readers and writers and artists and workers all across our states, and grateful to you, for your work and the news it brings us from the nation and the world. The spread of autocracy we are seeing right now through Putin’s devastating war on Ukraine makes the call to secure our own democracy even more urgent.

Writers, we have an invitation—and a request.

Our states are under attack. You’ve likely read, with outrage, about Texas Governor Greg Abbott’s assault on the rights of students, teachers, and especially on trans kids and their families. We imagine you know that almost all abortions are illegal in Texas, yet that most Texans can now carry handguns in public without a permit or training. We appreciate and share your outrage but we also need you to know: it’s hard for us to make changes here, because it’s hard to vote.

Texas is the most difficult state in the nation to cast a ballot in, and one of the places hardest for people of color to make their votes count. Our increasingly diverse state should be one of the most dynamic and electorally competitive in the nation, but a 2021 Republican gerrymander created, instead, one of the most politically and racially skewed maps in the country.

Mail-in ballots were rejected at absurdly high rates in Texas’s recent primary—in some urban and suburban districts, by as much as 22 percent (compared to rates around 3 percent in 2018)—as a result of SB1, a restrictive new voting law that especially targets Black and Latinx voters, as well as the poor. The new voting law disenfranchises voters by ending drive-thru voting, making it much harder to cast mail-in ballots, and limiting early voting.

When you read in Texas and North Carolina, whether on Zoom or in person, this is our request: talk about voting.

In North Carolina, things are better—but not by much. As in Texas, our growth has been driven by communities of color, but current legislative districting has meant that the will of the people is not represented by our elected officials. In 2020, Democrats in North Carolina statewide received 49 percent of the vote, but won only 43 percent of the seats in our state legislature. Recent redistricting, led by our Republican-majority legislature, was just declared unconstitutional by the state’s supreme court.

We know that anti-democratic forces will find other ways to suppress the vote in North Carolina. North Carolina’s Republican-led legislature has been closing down polling places for years, with a particular focus on universities and HBCUs. They ended the Souls to the Polls tradition of early voting the Sunday before election day. They have tried again and again to force through voter ID laws, and in preparation have closed down DMVs across the state, making it harder for people to get official IDs.

In 2020, voters faced long lines, especially in urban areas, as well as disproportionate disqualification of mail-in ballots by Black and Latinx voters. In the small town of Graham, North Carolina, 200 people, including children and elderly people, were pepper-fogged at a Black Lives Matter march to the polls on the last day of early voting.

Writers, would you still like to read here, in our gerrymandered, voter-suppressed states? We hope you will!

In fact, we need you.

Please come to the Texas Book Festival in Austin, one of the most diverse and vibrant festivals in the country. While in Austin, visit Malvern Books or BookWoman, two independently-owned bookstores that support voter registration through Book the Vote. In Dallas, you’ll find great community and literary gems at Deep Vellum and Interabang Books. And in Houston, maybe you’ll read for or attend BIPOC Book Fest, the first of its kind to focus solely on Black, Latinx, Indigenous, and other communities of color; the National Black Book Festival, the largest African-American Book event in the South; or read at Kindred Stories, a Black-owned, family-run bookstore in the city’s Third Ward.

Or come to UNC-Wilmington to Writers’ Week, held every November on North Carolina’s beloved yet climate change-threatened coast; to Greensboro Bound, a vibrant young festival whose authors also hold free events in Guilford County Public Schools; or the North Carolina Book Festival, another diverse young festival and an original supporter of Writers for Democratic Action. Travel to Epilogue Books, Chocolate, and Brews, a living-wage certified, Latinx-owned bookstore in downtown Chapel Hill or Flyleaf Books, one of the first bookstores in the state to sign on to WDA and Book the Vote. Maybe you could give a reading at Malaprop’s Bookstore in Asheville, which is one of the oldest independent bookstores in the state? Perhaps you could read for the student body at North Carolina A&T, the largest HBCU in the nation; or at UNC-Pembroke, one of the most ethnically diverse universities in the South.

The stakes could not be higher.

The literary community is thriving in Texas and North Carolina, in spite of the challenges we face. Our audiences are welcoming, knowledgeable, generous, and enthusiastic—we Southerners love a good story.

But when you read in Texas and North Carolina, whether on Zoom or in person, this is our request: talk about voting. Ask your hosts to provide voter registration cards and information, either through Book the Vote or the local board of elections. Tell your readers that voting is essential, that you plan to vote on the next election day (or early, or by mail), and that you want to help others get registered too.

It’s simple, nonpartisan, and especially important at universities, colleges, and community colleges, which have been hard-hit by voter suppression. Luckily, it’s often easiest to request voter education help in those spaces. Many schools have nonpartisan voter registration groups that will set up a table with information and voter registration cards.

And if we can be at your reading, please tell us. The North Carolina and Texas chapters of Writers for Democratic Action will promote your reading, and if we’re available, one or more of us will be there to listen, cheer you on, and tell you where to get the best barbecue or barbacoa. We promise to bring the same energy and democratic spirit to readings we give in your state.

The stakes could not be higher. As the North Carolina-born poet Tyree Daye writes in “To: All Poets / From: Northeastern North Carolina,” “I’ll say it plainly—/ we need you down here.”

In gratitude and solidarity,

Belle Boggs is director of the MFA program at NC State University, author of The Gulf and The Art of Waiting, and co-author, with her daughter Beatrice, of the free climate-focused newsletter The Frog Trouble Times. Robin Davidson is a fourth-generation Texan, and a poet, translator, and professor emerita of English and creative writing for the University of Houston Downtown. Jill McCorkle is a North Carolina native who teaches creative writing and is the author of four story collections and seven novels, most recently, Hieroglyphics. 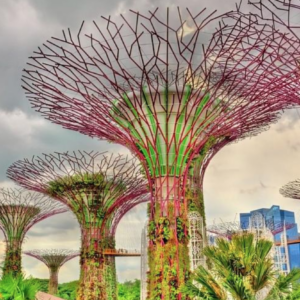 Singapore’s government has embraced the internet as an essential technology for economic growth. But it is wary of its ability...
© LitHub
Back to top