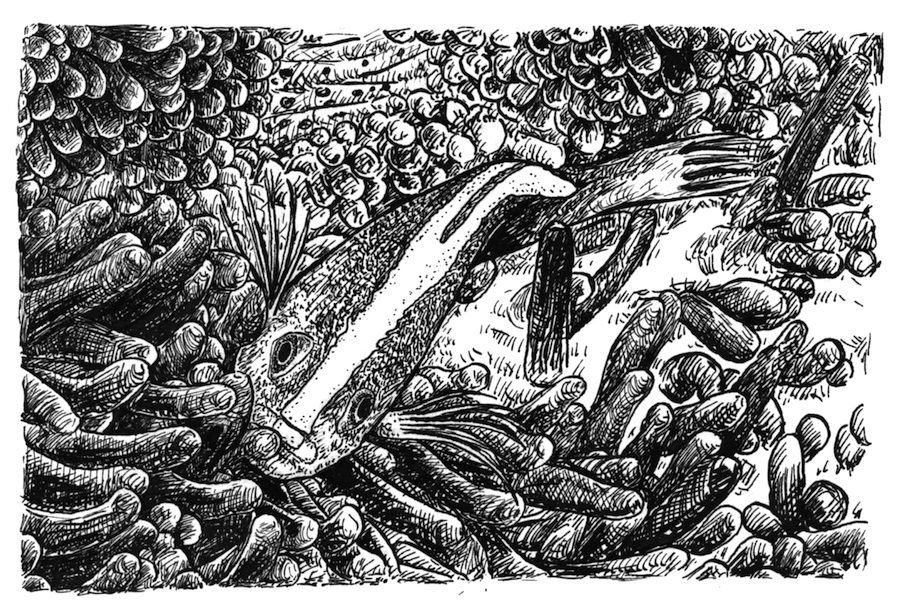 A Brief History of Book Illustration

Are We At the Start of Another Golden Age for Image/Text Collaboration?

Book illustration has existed in some form since the advent of the written word. The tradition that has guided modern book illustration originates in western literature dating back to 15th-century block books, in which the text of a book was carved into the same block as the image. These works were a natural progression from the older illuminated manuscript form. As most famously seen in the Biblia Pauperum (“Pauper’s Bible”), they look something like medieval graphic novels.

More specifically, the practice of publishing adult fiction accompanied by representational images is strongly linked with 18th- and 19th-century western literature, and the rise of the novel. At the bicentennial of Charles Dickens’s birth, Melanie McDonagh in The Independent recalled Dickens’s close collaborative relationships with illustrators: “…he gave them an outline of the plot before he wrote the text and he monitored the drawings to ensure that they matched precisely with his own conceptions.” Dickens’s most famous illustrator, H.K. Browne (pen name “Phiz”), worked under the author’s close instruction as to the specific appearance of characters, and the composition of plates. This meant that Phiz’s visual interpretation of a character became as important as Dickens’s description, if not more so.

Of course, trends in both book publishing and visual art shifted considerably in the 20th century, and the practice of publishing visual representations alongside text in adult literature saw a major decline, and book illustration became increasingly associated with children’s literature and “low-brow” or popular writing (such as Classics Illustrated). At the same time, figurative art was similarly shunned in the art world as outdated and taboo. Duchamp said that art should not be retinal, existing only for the purpose of aesthetic and ocular beauty, and that Manet marked the height and the end of retinal art. The obvious next step was abstraction, Dada, and the “death of painting.” Of course, painting never really died, and a major resurgence of figurative/representative painting marked the end of the 20th century and the start of the 21st.

While it became rarer to find illustrations accompanying new works of literary fiction in the mid 20th century, book illustration continued to evolve in less traditional, and often less respectable forms. This evolution can be seen in Virgil Finlay’s awesome and beautifully drafted ink illustrations in low-brow sci-fi magazines for stories with titles like “The Conquest of the Moon Pool,” work with vitality and detail echoing Gustave Dore’s engravings for Dante and Milton or Harry Clarke’s illustrations for Poe.

Virgil Finlay, “The Conquest of the Moon Pool” (published in Famous Fantastic Mysteries)

Harry Clarke, illustration for Poe’s Tales of Mystery and Imagination (1923)

In McDonagh’s article, Jonathan Cape publisher Dan Franklin refers to these shifting trends in adult book publishing, and points to a lack of great illustrators as a reason for the decline of book illustration. Franklin’s comments (“It’s rare that you come across someone who can draw”) reflect a traditional view of book illustration as the kind of detailed engraving work that predominated in the 18th and 19th centuries, requiring very specific mastery of materials.

But there has never been a lack of skilled artists available to create book illustrations, but rather a lack of demand for traditional book illustrations in adult literary fiction. Throughout the 20th century, there are countless examples of talented illustrators with drafting skills in the genre of children’s literature: Chris van Allsburg, David Weisner, Alenka Sottler, to name a few. Popular children’s literature offers some of the most innovative and skillful examples of book illustration in the 20th century, and these works have undoubtedly influenced generations of contemporary artists.

The crossing of graphic novels from pulp “comics” into the realm of respectable art and literature has significantly altered the arena for literary illustration in the last 20 years. Art Spiegelman’s impressive contribution both in his own work and in his support for the art form in general, has played a strong role. Spiegelman’s WORDLESS!, a collaborative presentation with musician Philip Johnston at BAM in early 2014, offered a tour of the lesser known history of graphic storytelling. The LA Times said, “Art Spiegelman has almost single-handedly brought comic books out of the toy closet and onto the literature shelves.”

Stylistically, however, a large portion of even the more innovative graphic works coming out today are easily put into the category of “cartoons.” This is not to say they don’t have serious artistic value, but rather that the form of the graphic novel is still closely connected with the tradition of cartooning and comic book art, in which narrative is often emphasized over draftsmanship. There are many exceptions to this generalization—the work of Joe Sacco or Anders Nilsen, for example—but they are exactly that, exceptions. Of course, it would also be a mistake to think that lack of fine detail or traditional “engraving-style” illustration is a sign of inferior draftsmanship. Works like Marjane Satrapi’s Persepolis (Pantheon) feature misleadingly simple artwork; Satrapi’s bold ink work is a subtle mask to a genius sense of kinesthetic and emotional character.

Molly Crabapple’s multimedia illustration of the NYC club “The Box,” from Drawing Blood

Notwithstanding the increased presence of experimental graphic forms in literary publishing, the placement of visual art within literary texts is typically limited to new editions of classic, or at least newly canonized texts. The Folio Society publishes beautiful editions of a range of such books, from The Arabian Nights to As I Lay Dying to Midnight’s Children, all accompanied by new illustrations from contemporary artists. Scout Books, a small notebook press based in Portland, Oregon, has a series of pocket-sized classic short stories accompanied by new illustrations, such as Francois Vigneault’s fantastic comic illustrations for Ambrose Bierce’s “An Occurrence at Owl Creek Bridge.”

From Francois Vigneault’s illustrations for “An Occurrence at Owl Creek Bridge,” from Scout Books

century setting of the text. But even these traditional illustrations—exceptions though they might be—are safe in the context of historical fiction. So why is contemporary adult literature not more often paired with innovative illustration?

The obvious answer is that writers and publishers alike are afraid that illustrations will ruin the reader’s ability to engage with a book. This was a fear that Dickens clearly understood and was exceedingly cautious with in his efforts to maintain control over his illustrators. This danger is especially pronounced by attaching representational images to characters in a story. Some works of literature can become inextricable from their images—N.C. Wyeth’s vibrant paintings illustrating Treasure Island come to mind. As Sam Sachs wrote in a 2013 New Yorker article, “We probably don’t need pictures of the characters in Marilynne Robinson’s Housekeeping, since the power of the book is bound up in the music of the language. But wouldn’t reading Pynchon’s Gravity’s Rainbow be that much better if there were a fantastic portrait of Tyrone Slothrop fighting a giant octopus with an empty wine bottle?”

The advent of e-books and digital publishing has rekindled the bibliophile’s interest in the book as a physical object of beauty. The juxtaposition of illustration and literary text, and innovative collaboration between artists and writers does occur today, more often in brilliantly produced books that are tangible “objects of beauty.” Sylph Editions’ Cahier Series are model examples of this, as their website states: “The emphasis is on works in which image and text coexist, conceived as one. Every work is meticulously produced, care given equally to content and to form.” Bianca Stone’s surreal mixed-media illustrations accompanying Anne Carson’s Antigonick (New Directions) demonstrate clearly that the placement of illustration alongside literary works, and the collaboration between artist and writer, can still be done in a fresh way with modern illustration that fits with the text.

The future of book illustration is perhaps more open to interpretation and experimentation than it has ever been, with plenty of opportunity for innovation from publishers, particularly when we recognize that writer-artist collaboration is not necessarily bound to traditional format. As ever, though, the most important consideration for contemporary book illustration is perhaps the same one that shaped traditional examples: the artwork should add to, rather than confuse, complicate, or distract from the text.

For an artist, the unique experience of creating work to complement someone else’s vision is an exercise in humility. Art in contemporary western society is typically viewed as a singular expression of the individual, which can naturally take on an egoistic and self-centered quality.

In my own experience as an illustrator, I’ve always loved engaging with someone else’s vision, and the challenge of doing it justice. The 16 ink illustrations that are featured the paperback edition of David Vann’s Aquarium (Grove Press) are adapted from the full-color photographs that accompanied the text in the original hard-bound first edition. The original color photographs were highly detailed, and included the natural backdrop in the ocean surrounding each fish. Rather than a stale process of reproducing an image from a photograph, though, this was an opportunity for me to experiment with line, texture, and composition. I decided these fish “portraits” would look less overwhelming without the full background, and so the biggest challenge was in determining how much to include. The only illustration of the 16 that features the full backdrop is the clownfish, which I felt was incomplete without the anemones (see feature image, above).

Originally, I intended to use scratchboards to execute the illustrations, to give the drawings a haunting, almost scientific illustration quality, but the excessive detail in white, and heavy amount of black background ink, would have been impossible to reproduce effectively in a paperback. I switched to ink and nib, which allows for a more spontaneous and gestural feeling.

This was an area in which, on the practical level of production, I had to be flexible in my approach to the illustrations. Depending on the specific need for the book, or the instructions given by the writer and publishing team, an illustrator has a range of creative input. This to me is the most interesting and challenging part of the process, determining how much is open to interpretation and experimentation, and what exactly is needed to match the art to the text. Although the drawings for Aquarium were in one way very straight-forward, for me the creative element came through in the medium itself, the feeling of the ink, and the small choices of gesture. Submitting to the traditional role of book illustrator, in the traditional format of book-plate style illustrations, I was able to find an application for my own forms, ideas, and style.

I can only hope this kind of collaborative experience becomes more and more common for my fellow illustrators, as literary publishers continue to expand their idea of what is possible for the book as object…

Chris Russell lives in Brooklyn and works in the field of deaf-blindness and special education. He is the contributor illustrator for Stonecutter: A Journal of Art and Literature and his work has been featured in Higher Arc, Poetry Ireland Review, Washington Square Review, and 92Y's Podium. He is currently working on a graphic translation of Witold Gombrowicz's Cosmos, forthcoming from Siglio Press.
http://www.stonecutterjournal.org 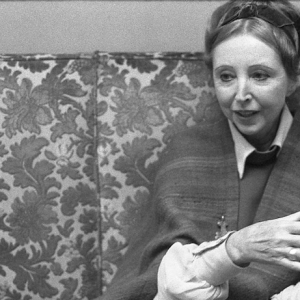 A brief history of book illustration: where it's been, where it could go... | Literary Hub Margaret Atwood on watching...
© LitHub
Back to top
Loading Comments...