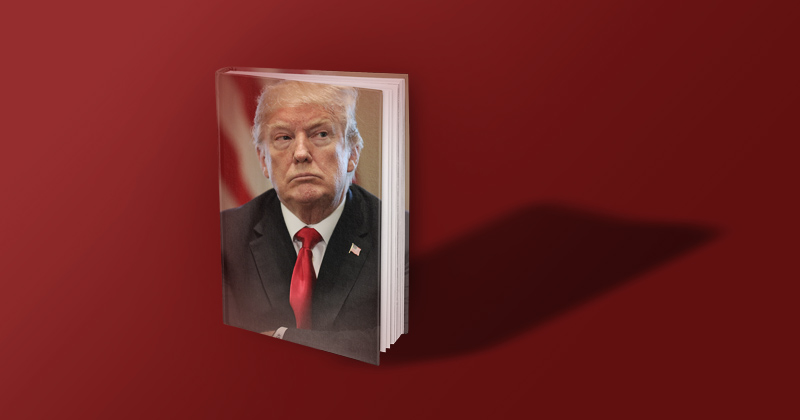 The Year in Trump Novel Pitches: An Agent’s Lament

Working as a literary agent means being privy to a full canon’s worth of submitted novels that the world will never see. Naturally, a good many of these pitches will always be chasing the news. Writers want their stories to seem timely, so if there’s a debate happening in real-world headlines that somehow mirrors the conflict in their book, I’ll hear about it in the query letter. In past years we now retrospectively call “normal,” these tie-ins were scarce or partial, with the political parallels presented merely as subtext or metaphor; maybe the government in the otherwise fully fictional story looks a little like our real one, or the plot’s inciting tragedy feels reminiscent of some recent national trauma.

Of course, 2017 was not a normal year. In the months that followed November 8th, 2016, a strange thing happened to a huge swath of the thousands of novel pitches I received: their imaginative scope narrowed, the subtext became text, and the stories started tying far more literally to the news cycle where they used to rely on implication. Put another way, an overwhelming number of aspiring novelists started writing about Trump.

I do not need to describe for you, reader—a person with a conscience and a pulse—what this last year and a half has felt like. We’re all anxious and addled and many of us have turned following the news into what amounts to a second full-time job. We’re hitting refresh; we are clicking vigorously to See New Tweets; we’re watching our fundamental notions of action and consequence fall away with each new revealed scandal, none of which have made much of a dent. But one of the misguidedly proposed bright sides to all this was that the art might improve, that the sorts of novels we would talk about years from now would stem directly from the fearful energy of the moment.

Surely, somewhere, this is happening. And no matter the state of the world, the truly great manuscripts will always be a small fraction of the slush. That’s publishing. But if you want a window into the collective state of our writing lives, it’s not the successes that do the revealing—it’s the far larger, unseen body of attempts, false starts, and misshapen Trump novels that reveals that something inside us has been knocked off its axis.

“Put another way, an overwhelming number of aspiring novelists started writing about Trump.”

So, what to make of an inbox full of novels promising fascist regimes, stolen elections, unhinged presidents, and the looming threat of nuclear war? Many of these manuscripts envisioned a post-apocalyptic America set in a future as near to us as 2025, and in more than one a reality-television host put the fate of the world up to a game show. In each story the country was in peril, waiting to be pulled back from the brink by the unlikely heroes uniquely capable of setting us back on stable ground.

I do not expect or want fiction to be an “escape” from real life, but the proliferation of these literal story elements cribbed from a CNN chyron still feels troubling. Clearly, writers are having the same problem everyone else is: an inability to look away, even during carefully carved-out Writing Time. These authors are not writing the political moment so much as the moment is writing them.

It is one of fascism’s goals to monopolize our attention. It would like to shrink our imagination; it would like for us to peer wide-eyed at its harsh restrictions and be able to think of nothing else. And it is tempting to stare like this, because fascism and its precursors are rife with contradictions that seem to beg to be pointed out by Reasonable People. But that’s one of its tricks. Fascism welcomes our attempts to play logical “gotcha” with its inconsistencies because it knows we will lose—not because we won’t find a fallacy but because the fallacy won’t matter.

Herein lies the problem with the shadow canon of novels meant only as cathartic takedowns of the right, the stories that exist for the sole purpose of showing the bad guys get hauled off in chains: the mere fact of writing it was an obstacle to writing something else. You didn’t write your story. You wrote fascism’s, and it was happy to receive your attention for so long.

When the circumstances of the world feel so pressing and immediate, it’s difficult to remember the simple truth that all writing is inherently political. Every authorial choice—conscious or not, significant or not, characters, plots, or settings—stems from the worldview of the author, as well as the shape of the world they’re viewing. Even if we wanted to, writers cannot divorce themselves from the politics of their societies, and neither can any invented character from theirs. I suspect that the same people writing these current-event novels know this, or can at least sense it, because my slush pile was absolutely political before the election—the difference was that far more of these writers trusted subtext. They felt comfortable with implication, with leaving things unsaid and letting that silent space do the talking. They knew, for instance, that you do not need to write a demagogue character to say something about demagoguery.

That confidence has eroded right along with our ability to invest ourselves in things other than The Discourse. Remember when we didn’t think about the news all the time? To be clear, I’m not talking here about an active engagement with the lived circumstances of the world—after all, a privileged person’s dismissible news story is a vulnerable person’s imminent danger. I mean specifically the news, as in media: the broadcasts and feeds, the motionless watching, the evisceration of whichever journalists are responsible for takes we hate, this hour.

“Clearly, writers are having the same problem everyone else is: an inability to look away, even during carefully carved-out Writing Time.”

We used to think—and write—fiction about other things besides the news, stories that stemmed from the specificities of our lives. Fiction at its best reveals a space that previously only the writer could see, meaning that the world it renders is necessarily new terrain for a reader. That world might look or behave like your own, but it is fundamentally someone else’s, and reading it requires an attempt to inhabit it, to understand it. Put another way, good fiction demands empathy from its readers.

I also believe in healthy slush. Speaking relatively, one great and happy reason to reject a book comes from the virtue of specificity taken too far, to the extent that it’s hard to envision who could connect with its contents besides its author. While these submissions might not make for great novels, they represent their own kind of triumph: It means a writer has plumbed their own depths and brought forth something so atomized that it becomes inaccessible. I miss receiving the family novels so autobiographical and self-referential they might as well be diaries, or the stories about niche hobbyists in niche locales written for an audience of one. These manuscripts still feature far healthier flaws than the repeated renditions of the same literal political phenomena—they are stories that only those authors could write, market considerations be damned. Their existence is evidence that we haven’t handed our perspectives entirely over to fascism, even as it reaches for everything else.

Painful as it is to point out, we are still close to the beginning of this. Many fights loom, and virtually all of them are far more important than the contents of a pile of manuscripts that won’t ever see the light of day. Still, fiction represents an opportunity to foster the sort of subtext, implication, and slanted meaning that can serve as the building blocks for subversion. It also represents a chance to, quite simply, curb the mindless scroll.

I believe that the manuscript submissions ripped from the headlines will eventually subside; I’d be a bad agent if I didn’t have that faith. And we are certainly going to need politically infused stories, probably many of them, to survive these coming years. But I also believe that when they arrive, the truly resonant Trump Novels won’t actually be about Trump—they’ll be about characters we haven’t met yet who are just trying to make their way through a fraught world, like we all are. They’ll show us lives other than our own and demand empathy from us as readers, and maybe after enough practice we’ll be better able to give it.

Erik Hane is a literary agent, writer, and editor based in Minneapolis, Minnesota. He is also a co-host of Print Run Podcast, a show about issues surrounding the book-publishing industry. His work has previously appeared in Rain Taxi Review of Books, The Classical, Apex Magazine, and elsewhere. He's almost done with a novel; it is not about Donald Trump. 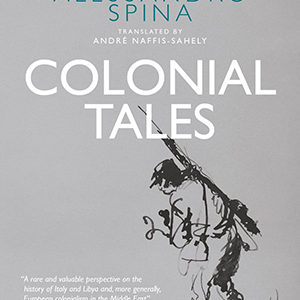 Captain Renzi's gaze was lifeless: instead of establishing a dialogue with his interlocutor, he'd been tasked to ensure it wouldn't...
© LitHub
Back to top