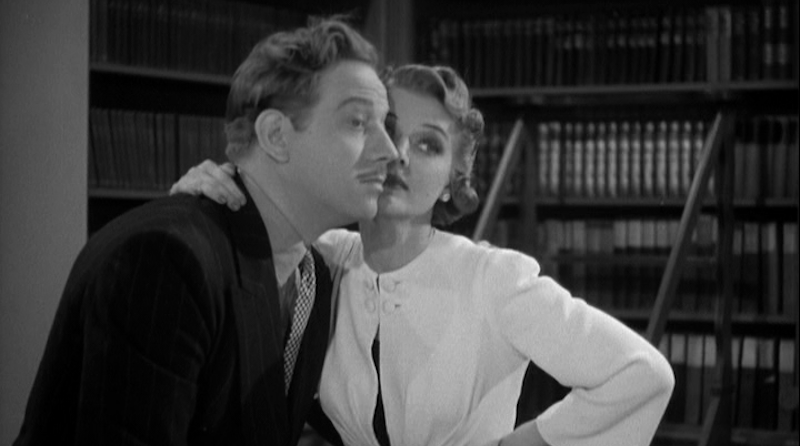 Home bookstore: Name unknown, but they own it, and it’s definitely somewhere in New York City.

Bookselling philosophy: These two are rare booksellers who supplement their income by being literary sleuths—that is, tracking down stolen books for insurance companies. But when their friend is accused of murdering a rival bookseller—who is involved in moving fake first editions—they have to up their game. 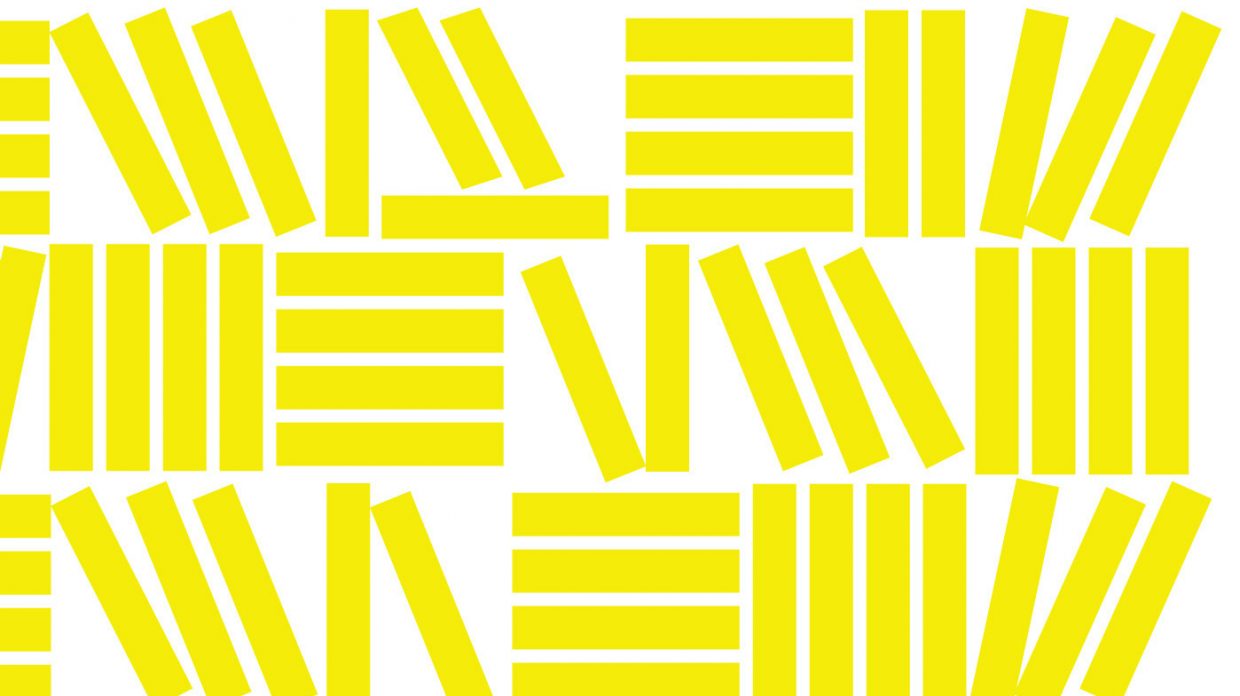 Bookselling philosophy: “This job has three requirements, each very strict. Do not agree to them lightly. Clerks in this store have followed these rules for nearly a century, and I will not have them broken now. One: You must always be here from ten p.m. to six a.m. exactly. You must not be late. You cannot leave early. Two: You may not browse, read, or otherwise inspect the shelved volumes. Retrieve them for members. That is all. . . . [Three:] You must keep precise records of all transactions. The time. The customer’s appearance. His state of mind. How he asks for the book. How he receives it. Does he appear to be injured. Is he wearing a sprig of rosemary on his hat. And so on.” 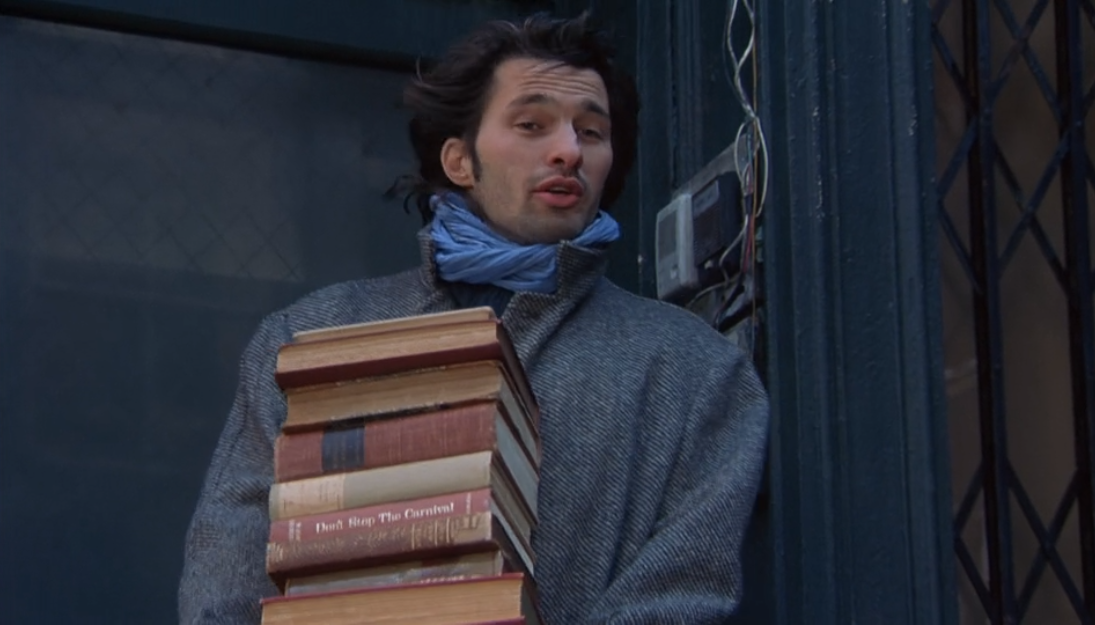 Home bookstore: His own apartment in Soho.

Notable characteristics: A rare book dealer who is also extremely good looking and equally French. Probably artificially high on this list because of those qualities.

Bookselling philosophy: Seems pretty much to be seducing ladies amongst piles of books. . . which is a very good philosophy until their husbands get suspicious.

Favorite literary passage: “Drink wine. This is life eternal. This is all that youth will give you. It is the season for wine, roses and drunken friends. Be happy for this moment. This moment is your life.” (Omar Khayyám) 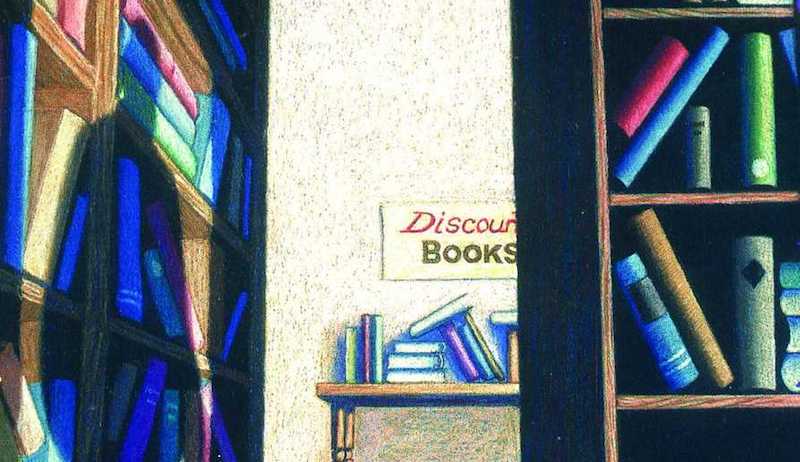 Notable characteristics: A collector of rare editions who also happens to be a Denver homicide detective—and by the end, has hung up his badge to open a bookstore (at least temporarily).

Bookselling philosophy: “Denver is a young man’s book town. . . We live in a day when first editions by Stephen King outsell Mark Twain firsts ten to one, and at the same price. You explain it: I can’t. Maybe people today really do have more money than brains. . . . So the business has changed, no question about it, and the people in it have changed as well. The old guard is dead: long live the new guard.”

Or as Ruby put it: “Janeway is the best bookman I’ve ever seen outside the trade; I know he’s been thinking of this move for years, and he’ll do extremely well. He has an eye for books that will carry him to the very top of his new profession.”

See also: All the other booksellers that Janeway goes to see while tracking down a dead “bookscout.”

Notable characteristics: Obsessed with Emile Flostre (a fictional philosopher who specializes in the fictional philosophy of empathicalism) but uninterested in fashion (which is of course “chichi, and an unrealistic approach to self-impressions as well as economics”); also character, spirit, and intelligence, apparently according to her face. Which, yes, we are supposed to believe is “funny.”

Bookselling philosophy: Fashion losers out, philosophers in—unless the fashion people are going to take her to Paris, in which case, fine.

Caveat: I love Audrey Hepburn’s Jo, but I have never finished this film because I can’t handle the romance between Jo and Dick—Fred Astaire was 30 years older than Hepburn, and, um, you can tell. And, not for nothing, but the basic message of this film is that if a girl is into books and philosophy, all she needs is to get shined up a bit and she’ll become a good, normal, Quality woman! 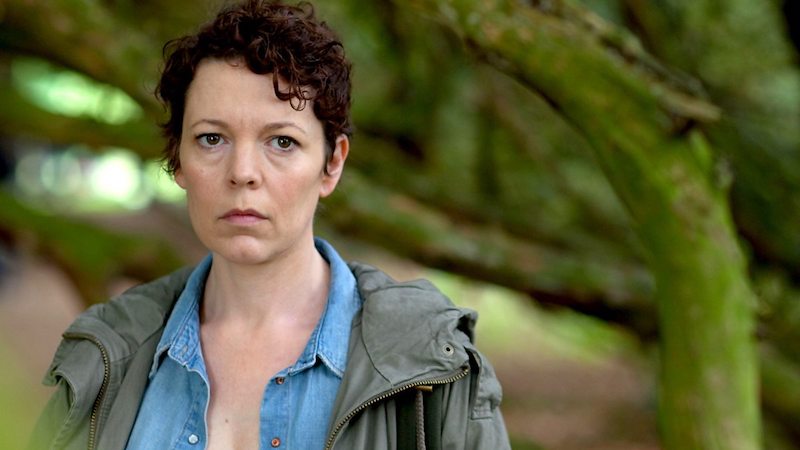 Notable characteristics: Loves books, as befits someone who grew up in a bookstore; has written “a number of short biographical studies of insignificant personages from literary history”; engaged to do the same for one Vida Winter.

Bookselling philosophy: “The shop itself makes next to no money. It is a place to write and receive letters. A place to while away the hours waiting for the next international bookfair. In the opinion of our bank manager, it is an indulgence, one that my father’s success entitles him to. Yet in reality—my father’s reality and mind; I don’t pretend reality is the same for everyone—the shop is the very heart of the affair. It is a repository of books, a place of safety for all the volumes, once so lovingly written, that at present no one seems to want. And it is a place to read.” 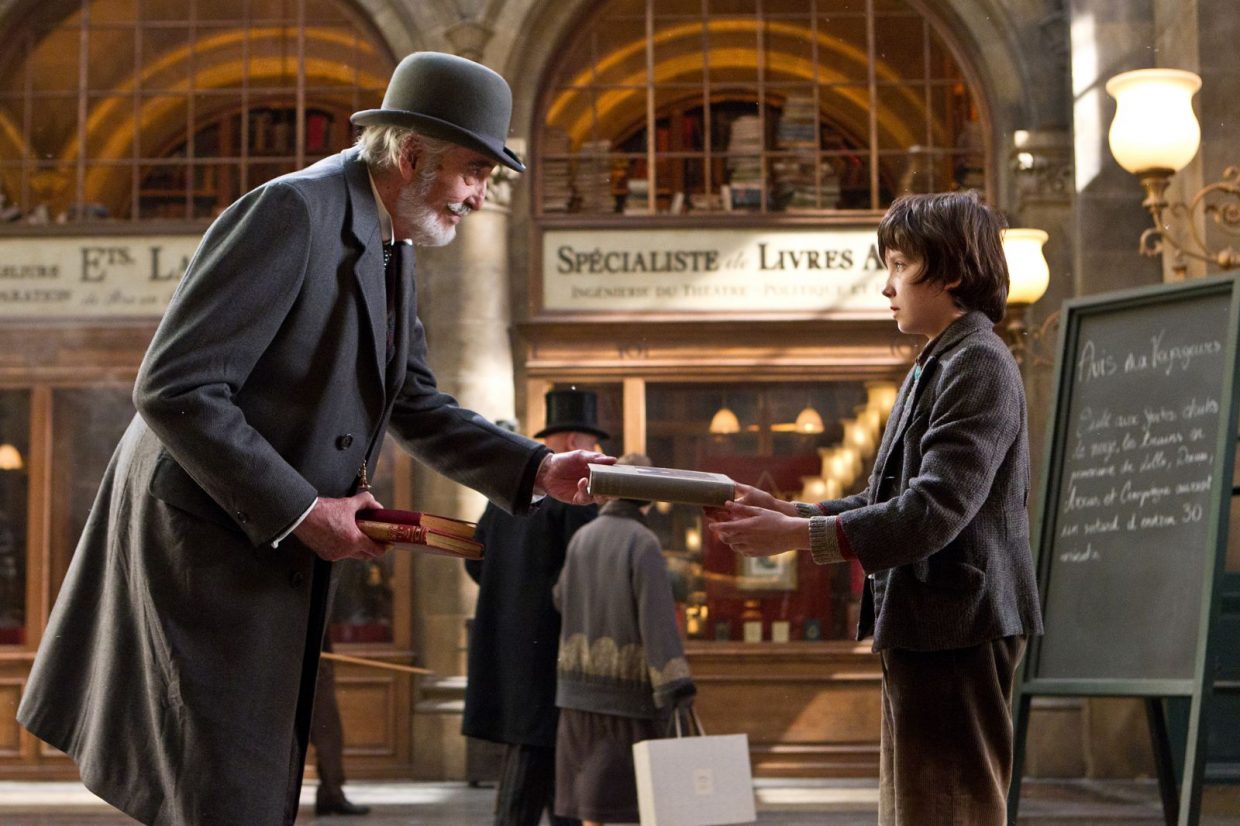 Notable characteristics: Knows where all the books you need are, donates his stock to orphans, also he is French.

Bookselling philosophy: “Monsieur Labisse gave me a book the other night. He’s always doing that, sending books to a good home. That’s what he calls it. He’s got real . . . purpose. Everything has a purpose, even machines. Clocks tell the time and trains take you places. They do what they’re meant to do. Like Monsieur Labisse.” 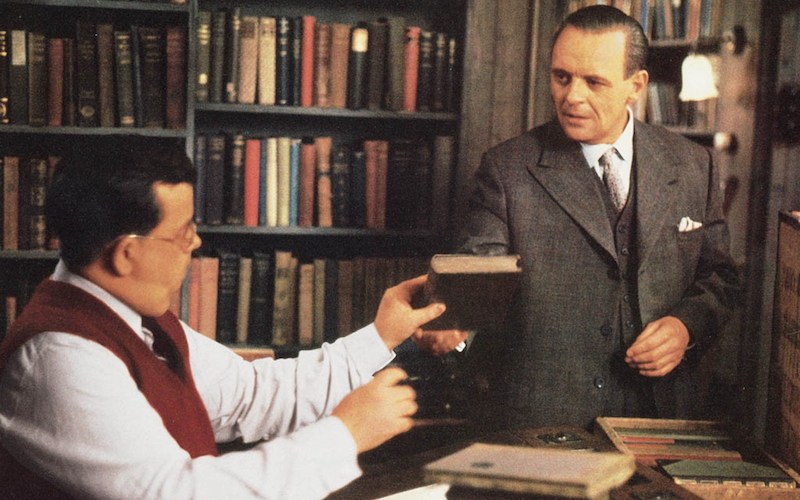 Notable characteristics: Very good at correspondence, Yeats fan (by the by, Anthony Hopkins is actually related to Yeats.)

Bookselling philosophy: Well, he was willing to spend quite a lot of time writing back and forth with some American lady looking for obscure but inexpensive books . . . so it’s fair to say he was committed. And in real life, Doel was a committee member of the Society of Antiquarian Booksellers Employees, who called themselves the “Bibliomites.”

Why does it always rain at the seaside? To bring the rents down in the hotels. 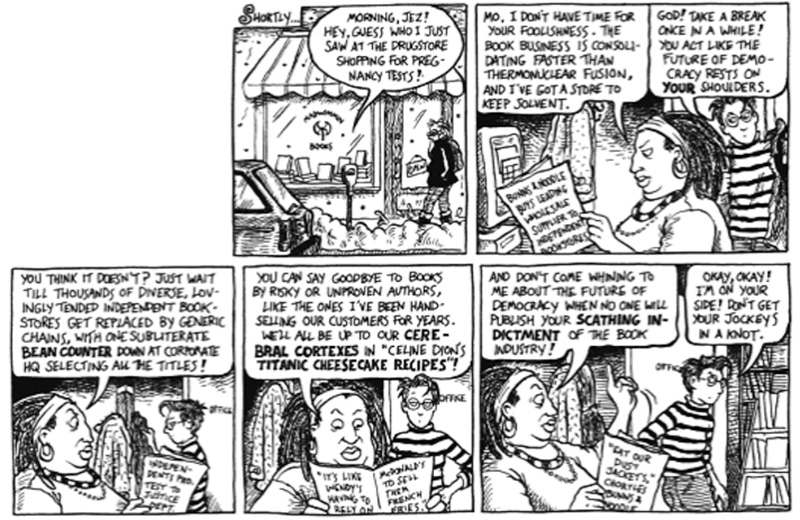 11. Jezanna, Dykes to Watch Out For

Bookselling philosophy: “I sold that woman her first lesbian sex book fifteen years ago, and now she’s taking her business to those cutthroats!”

See also: Mo, our hero, who works for Jezanna.

The sad fate of Madwimmin: To be finally overrun by “Bounders Books and Musak” and “Bunns & Noodle.” Mo: “Jeez, I thought we were gonna make the world safe for feminism.” Jezanna: “We did. To be packaged and sold by global media conglomerates.” 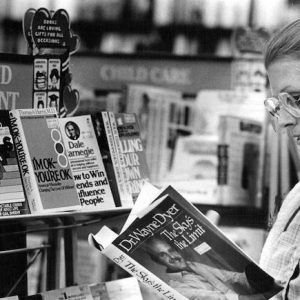