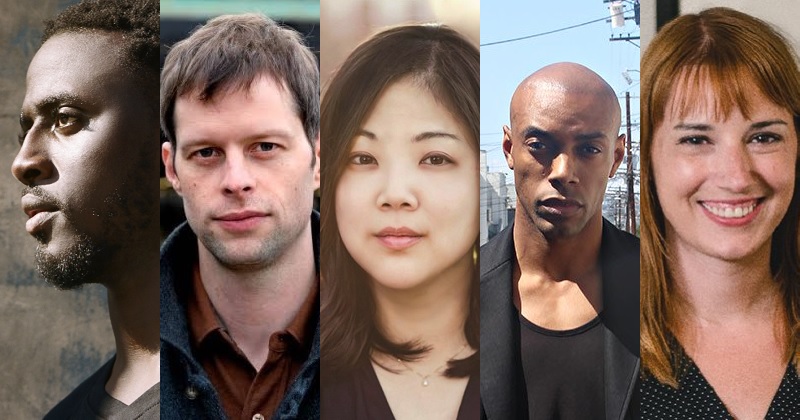 Nicole Chung (All You Can Ever Know)

Casey Gerald (There Will Be No Miracles Here)

NANA KWAME ADJEI-BRENYAH: It’s kind like if you imagine three people on a couch. And one is like, “I love this new couch,” and the second is like, “It’s sooo comfortable,” and the third is like, “I agree it’s comfortable, but I think we’re overlooking the fact that it’s made of corpses?”

JOHN WRAY: Running away from home. And never finding your way back.

SARA BATKIE: Young women trying and failing to connect, and the various ways they are and aren’t listened to; the fraughtness of nostalgia and whose stories get privileged as history; the subtle ways the surreal can impose itself on the everyday; the strangeness of time and memory, and how momentous events can pass unnoticed or remain forever out of reach.

CASEY GERALD: The end of the world my generation was given. The birth of the world we need. Featuring: first loves, repeat-loves, revenge, blackness, queerness, football, myths, D’Angelo, Juneteenth, the presidency, the Cold War, Jesus, broken hearts, healing hearts, finding a home and some joy in dark times.

NICOLE CHUNG: Enduring questions and hard-won answers. Connections lost and found. The most important people in the world (to me).

JOHN WRAY: The sensation of waking up before dawn, in an unfamiliar bed, and hearing the call of a muezzin from a mosque nearby. The sudden urge to go to that nearby mosque. The understanding that this, for many reasons, would be a mistake. Also, the wonder that is hot green tea with salted yak butter.

NICOLE CHUNG: Secrets, diaries, dusty old files, Nancy Drew, a box of matches, a long journey, an extraordinary editor, everyone who’s ever told me a story I loved.

CASEY GERALD: All those who blow open language so that it reflects the raw strange magic of human experience. This thing I call “God.” Albums like Channel Orange and The Miseducation of Lauryn Hill, movies like The Holy Mountain and Trainspotting.

NANA KWAME ADJEI-BRENYAH: I love when an author can get us to hate someone then love them or vice versa. I like complication and hard discovery. Those stories stay stuck in my head. I also pull a lot from what I see and like authors who can make me feel like I’m familiar with what is before me but also that I’m amazed or even bewildered.

NICOLE CHUNG: This country, being itself. A lot of righteous anger. Caffeine, adrenaline, a job change, school meetings, many short deadlines, a funeral. And some Disney movie or other, probably (our childcare situation can be unpredictable).

SARA BATKIE: I haven’t had nearly enough reviews to be anything but flattered by them, but I did used to get very frustrated in workshops when I was told my characters were too unemotional or passive, even though those critiques were usually right.

JOHN WRAY: A reviewer once described a book I wrote—about schizophrenia—as ‘spicy.’ (I guess that’s better than a reviewer describing your cookbook as ‘chilling.’)

CASEY GERALD: My meditation coach says to let my negative thoughts pass by, like the clouds. I try to do the same with commentary on my work. Glad folks are reading, though!

NICOLE CHUNG: “This book is tolerable, I suppose, but not handsome enough to tempt me.” Wait. It’s possible that I’m thinking of something other than one of my book reviews.

NANA KWAME ADJEI-BRENYAH: Despise is a strong word, but I’m starting to react to the word “timely.”

NICOLE CHUNG: I have already chosen such a career. I suppose I still have regrets about not becoming a history professor, but that’s assuming I could have actually become a history professor and not an unemployed person with a Ph.D.

JOHN WRAY: I wouldn’t mind being the warden of a prison specifically built for people who sing off-key, at the top of their lungs, along with the song playing on their headphones on the subway.

SARA BATKIE: Probably an archivist or other sort of specialty librarian, like the ones who get to take care of the Winnie-the-Pooh animals at the NYPL. That or a karaoke bar proprietor.

JOHN WRAY: I think I’m pretty good at conjuring up an atmosphere of impending doom. I’m bad at ‘finding my voice’ and sticking to it. Possibly because ‘finding your voice’ is a pile of horsepucky.

CASEY GERALD: I’m terrified, most work days, that I’m awful at the whole kit-and-caboodle, until I climb into the writing, at which point I feel great at everything, until my editor (and a second read) tells me otherwise. Colm Toibin says, about my first (only) book, “The style is flawless, the pace perfectly judged.” So let’s go with that. I’m not sure.

NICOLE CHUNG: I’ve been told I’m good at endings. I turn in very clean copy. I have never in my life missed a deadline. I’d like to be better at everything else.

NANA KWAME ADJEI-BRENYAH: I think I’m good at creating premises that allow me to wring everything I need from my characters. I think I can create situations and realities that then force my characters into pretty high-stakes points of tension where they have to make a decision. And in that process of decision making the story can often transcend the premise. That is, it can reach a higher emotional level that is somewhat independent of the premise even though the premise helped the characters get there. Often the decisions my characters make surprises me, which I like. I want to get better at creating a physical sense of a long journey. I want to make a material world that characters can traverse and feel the accumulation of their journey both mentally and physically. I haven’t had much space to do that in the short form yet and I think it will be important for my next project.

SARA BATKIE: I believe I have some facility for language, simile and metaphor, a meaty paragraph of description. I think a lot about how my sentences sound, probably to the detriment of other elements like tight plotting or realistic dialogue. So I’d like to get better at those things. And I’d like to try writing a character with outsized passions, just to see if I can counterbalance all those quiet young women I’m more naturally drawn to.

NICOLE CHUNG: 1. Wow. 2. I mean, it’s fine if some people aren’t interested; no one is going to force them to read my work! Unless the book is assigned to them for a class, I guess. If that’s you, dear reader, and you’re not interested, I’m sorry: that sucks. You’ll get through it! I advise you to think of one really good question to raise during the discussion, and no one will guess you didn’t do the reading.

NANA KWAME ADJEI-BRENYAH: I think about this a lot, especially considering how many incredible authors there are who a reader might be reading instead of me. But then I consider how much and how often I was able to grow/learn/laugh because of the words of someone else. There’s no reason I can’t do the same for someone. Then I think about how many writers I was given that looked like me versus those that didn’t, and I feel even more as though I’m happy people might be listening.

SARA BATKIE: It’s something I try not to think about at all when I’m actually working on something; otherwise I’d never finish anything. But honestly, the market for short fiction is so small these days that my audience will always be self-selecting and pretty limited. Not all art is meant to be enjoyed by everyone so I just have to trust that the people my fiction is for will find it. To the rest, there’s plenty of other people to listen to out there. I won’t take it personally.

JOHN WRAY: 7:15 in the morning—wake up in a cold sweat from anxiety dream. 7:35—stand in front of bathroom mirror. Repeat the phrase, ‘You’ve got this,’ until nausea passes. 8:45—Go downstairs to fridge. Open box of Ernest & Julio Rossi ‘Forest Berry’ Chablis. 8:55—Go back to sleep. 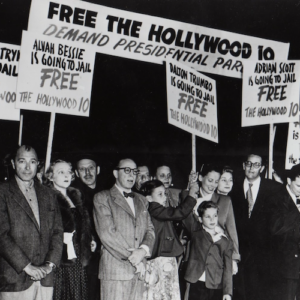 Throughout much of the 20th century, critics and scholars dismissed television as a hopelessly lowbrow medium, inferior and common....
© LitHub
Back to top