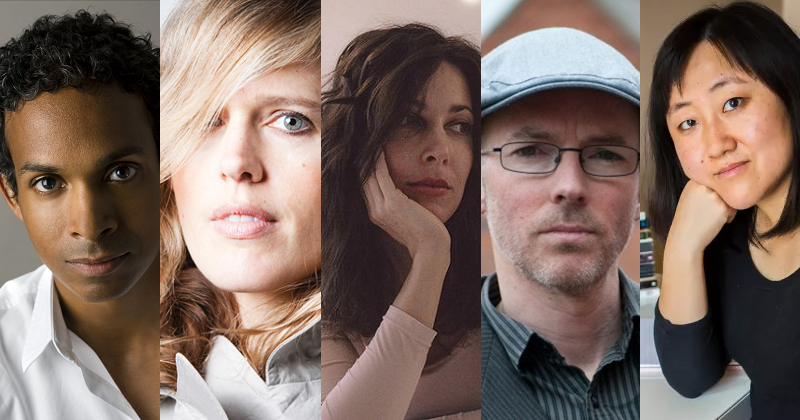 LEXI FREIMAN: Identity politics, social media, the illusion of the self, empathy, offensive jokes and who gets to make them.

JON MCGREGOR: What people talk about when you give them fifteen minutes to talk without interruption. Also: yearning. And llamas, woods, rivers, foxes, barns, and gossip.

LING MA: The manufacture of Bibles in China. The nostalgia for a country that’s not really yours. Immigration. Living in New York during your twenties, at a time when it is owned by shell companies and Sex and the City tours. Working in an office. The twin cities of Hong Kong and Shenzhen. Shopping as leisure activity. The excitement of being in certain Chinese cities at night.

JON MCGREGOR: Being lost in the woods; wondering what lies beneath the reservoir; the smell of animal scat and the sideways flight of birds; the things people give away when they forget they’re still talking.

LING MA: Vivian Maier’s photographs, the idea of Terrence Malick directing a zombie B movie and the accompanying voiceover, Maurizio Cattelan’s Guggenheim retrospective All, Richard Pryor’s Live on the Sunset Strip, Edward Yang’s Yi Yi, office TV shows like The Sopranos, Mad Men, and The X-Files, the filial duty to one’s Chinese parents while being a couch potato. Getting laid off and the high of letting go.

CLAUDIA DEY: God’s dark psychodrama, Long Hair Contests, that singer with the rhinestones around her eyes, that prize fighter, and every wolf-versus-the-wolf-pack book that cannot be described or shelved with any consistency, but upon reading, enters your blood stream and rearranges you.

DAVID CHARIANDY: The childhood threat of “seeing myself” in newspaper headlines. The faith of immigrants and the doubts of their children. The formal and philosophical implications of turntablism. Wildflowers.

LING MA: All consideration is good consideration. But I never quite understand what “complex” means. It’s the tofu of descriptors, bland and spongy.

DAVID CHARIANDY: “Timely” (because the violence against brown and especially Black people is apparently a new thing). Of course, I’m lucky I’m reviewed at all. Guess I’m wary, though, at how my writing is described as “immigrant.” Isn’t it about the children of immigrants? What do we call them?

CLAUDIA DEY: “Quirky.” “Feminine.” (To these words, I put on my D.I.Y. balaclava, and with my flexed hands, make a triangle shape around my hottest parts.)

DAVID CHARIANDY: I’m lucky to teach, too, although my heart is definitely with writing. Hard question for a lot of reasons. Maybe I finish books because I’m bad at imagining other options.

LEXI FREIMAN: My previous career, acting. But this time I wouldn’t care as much and might therefore be extraordinary. Failing that, a Klonopin addict on reality TV. Failing that, full-time at an elephant orphanage.

CLAUDIA DEY: Voice, I guess. And a monk’s discipline to work without photo-shopping it, drafting the novel to death. I like this idea that a healthy heartbeat is irregular; I want everything I read, make and touch to feel irregular. If I was a person who went to the gym and there was a “plot machine,” I would avoid that machine but know I should probably get on it.

DAVID CHARIANDY: I’m economical, and I want each sentence to shine and matter. So far, I’ve been a sucker for non-linearity—the hard work of the cut and break. I’d maybe like to try writing something longer and more linear. Maybe not.

LING MA: I can easily see the logistics of my characters’ daily lives, which transit routes they take, what they’re inclined to eat for dinner. The rest of it is a mystery to me.

JON MCGREGOR: I am good at writing quietly experimental fiction about ordinary lives with a drily humorous twist but really I just wanna dance.

LEXI FREIMAN: I can fly a joke into the side of a building. Would like to be more oceanic.

LEXI FREIMAN: I flip through a book on the bestsellers table/do a dance-meditation class to access a deep sense of shared cosmic consciousness.

DAVID CHARIANDY: I have doubts like this all the time. All the time. But I guess I also don’t feel important enough to write about stuff that doesn’t matter.

JON MCGREGOR: This is the hubris that gets books written; recognizing it as hubris gets books edited. Writing and editing is my jam.

CLAUDIA DEY: I smother that question to death every night with an assassin’s swift grace. Where would we be without fiction?

LING MA: I pretend I’m a man. Just kidding, sort of. The more accurate answer is that I wrote it for myself.

Stepping Into the Boxing Ring as a Transgender Man 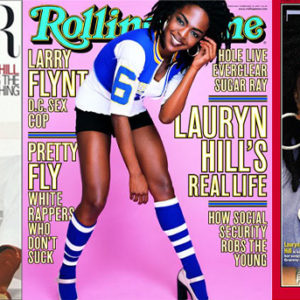 Ask a black girl to recall her favorite Lauryn Hill memory from the 90s and at least one of them will probably recall a magazine—big,...
© LitHub
Back to top