Rumaan Alam (Leave the World Behind)

RUMAAN ALAM: The inevitability of disaster, and the imperative to carry on nonetheless.

KARIN CECILE DAVIDSON: 1960s and 70s Florida. Relationships that overlap and twist and fall apart, then eventually come together again. The war in Vietnam. Leaving, then returning changed. Stolen glances. The wind through palmettos. The sharp tang of the citrus grove. The snap of a lighter. A hidden M.I.A. bracelet. Persimmons, camellias, and love. Long, winding days at the lake.

COREY SOBEL: A country where: boys are admitted to a top-flight college in exchange for wearing spandex and running into other boys with their heads; men are paid handsomely to verbally and physically abuse said boys; everyday fans adore the aforementioned boys and men because they believe it confirms them in their everydayness; elite undergraduates disdain these boys, men, and fans because they believe it redounds to their eliteness; and a top-flight college falls over itself to bankroll the above.

KARIN CECILE DAVIDSON: Story collections that are published as novels. The Beatles’ “Girl.” The weight of a 1967 Floridaafternoon. Shattered glass. Elton John’s “Where to Now St. Peter?” The way teenagers measure their days by measuring each other. Cream’s “White Room.” Unasked questions. U.S. military maps of Vietnam. The immense silence of soldiers returned home from war.

MAX GROSS: Jews again. If you’re talking literary influences I would say magical realism and Yiddish folklore. As for other influences, I spent a lot of time reading history and a lot of time thinking about the disappointments of the current world, and finding writers who spoke to that.

COREY SOBEL: Puff pieces in sports magazines I read obsessively as a kid. 19th-century French Romantic paintings of crowds watching public executions. The barrel-aged baritones of NFL commentators. Queer poetry. Dreams in which I’ve lost my teenage musculature but am still forced to play against faceless opponents. A half-thousand recruitment letters I can’t bring myself to throw away. Super Bowl Sundays when I walked around my neighborhood and looked through strangers’ windows to see whether they were watching the game.

ANNELIESE MACKINTOSH: Fertility treatment, miscarriages, three house moves (from a clifftop to a harbor to a city), the gift of a telescope, and finally, a baby boy.

KARIN CECILE DAVIDSON: Grad school and writing this novel side-by-side with a story collection. The wars in Iraq and Afghanistan. School shootings. Disillusion. Natural and unnatural disasters. Travel to Cuba, Kauai, Jamaica, Key West. The beginning of ongoing interviews with writers and artists for Newfound, while working through slush piles at Narrative. Read and reread Faulkner, Garcia Marquez, Munro, Nabokov, Welty, Wharton, among others. Discovered the fabulist writings of Ausubel, Bender, Link, and the poetry of Komunyakaa.

MAX GROSS: Living in Queens. Traveling and eating. Meeting a girl. Moving to Manhattan. Getting married. Switching jobs. Having a child. Becoming politically obsessed and catatonic. Moving back to Queens. (But that final move was a pandemic thing, well after signing off on the proofs of my book.)

COREY SOBEL: “Literary.” I blame neither readers nor reviewers for what should be a redundancy, but do blame a culture that has made it necessary for people to describe a work of fiction as such.

RUMAAN ALAM: I don’t despise any words, but I do hate a contemporary tendency  to fixate on whether characters are “likeable” or not.

ANNELIESE MACKINTOSH: “My enjoyment of this book was hampered by my knowledge of the author.” Those words still chill me to the core.

KARIN CECILE DAVIDSON: Despise? Well, it’s all water off a duck’s back. The word that’s so far struck me most is SAD, which actually describes how the writing made the reader feel. So I take that as a compliment as well.

MAX GROSS: A descriptor that kind of sticks in my craw is “imaginative”—for two reasons. First, it sounds a little like you’re at the kiddie table. That’s what you tell a hyperactive child who’s regaling you with his story about Superman building a time machine so he can do battle with T-Rexes and see who’s stronger: “Oh, Rüdiger, how imaginative!” But, second (and related), being imaginative should really be a prerequisite for any writer. If you’re not using your imagination in your fiction, what are you doing? That being said, some of the very best reviews I received described The Lost Shtetl as imaginative so I’m not looking to start beefing with reviewers or readers who loved my book.

ANNELIESE MACKINTOSH: Something helpful. Failing that, something lucrative. Or, if possible, both. Human rights lawyer.

COREY SOBEL: Setting aside the distinction between “career” and “vocation” (the former involving remuneration, which is something I have yet to experience with my fiction), I’ve worked enough jobs that did not involve writing, and have been part of so many cultures and lived in so many settings where writing was seen, at best, as a necessary evil, that I honestly, earnestly cannot imagine wanting to do anything else. *Writing* for the longest time seemed to be the thing that I could only have irrationally dreamed of doing.

KARIN CECILE DAVIDSON: Chef of a small urban restaurant, something like Gabrielle Hamilton’s Prune in NYC, but somewhere on the Gulf Coast. There’s nothing like feeding people really beautiful food.

RUMAAN ALAM: There is plenty of room for improvement. I do though think that I am OK at writing about food.

MAX GROSS: I think I’m pretty good at moving a story along. I tend not to get bogged down in the extraneous. The dialogue flows pretty easily and I can make the salient points and go to the next scene. Which is, also, a weakness. I sometimes look back at scenes I’ve written and feel that they’ve gone way too fast; they need to be padded a little.

COREY SOBEL: I think I can write physical action passably well, and create a dialogue style that is native to the settings in which my characters speak. I admire endlessly writers who have characters do nothing and make that nothing seem like the most riveting kind of action—it remains to be seen whether I can ever manage to develop the tools and/or patience to pull that off myself.

COREY SOBEL: I come from a middling-class Midwestern family of seven, and more broadly from a raised-poor extended family of hundreds—communities in which calling attention to yourself, especially your talents or ideas, was seen as an embarrassing pathology. So I assume that nobody should have any interest in what I say, and in fact see anybody who *is* interested as deeply suspect. I find myself needing to say things anyway.

KARIN CECILE DAVIDSON: Lee K. Abbott always advised his students to write for “the lady on the bus.” I’m not sure that lady would want to read my stories, but it would be such a nice surprise if she did.

RUMAAN ALAM: Rather than hubris, my drug of choice is denial.

MAX GROSS: You kidding? There’s no possible person anybody should be listening to more than me. On any subject. Period.

ANNELIESE MACKINTOSH: A dash of self-hatred and a dollop of severe anxiety. 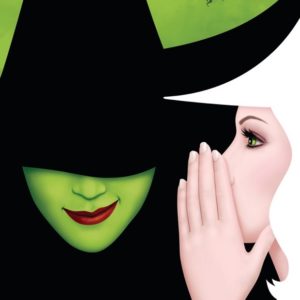 So, you ask, how am I doing? I mean in pandemic behavioral terms? Well, I’ve avoided succumbing to the syndrome that befalls...
© LitHub
Back to top