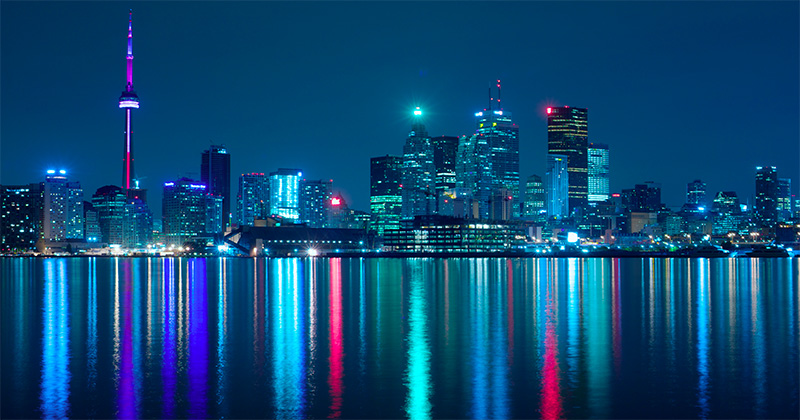 5 Reasons Why a Writer Should Move to Toronto

I grew up in a Vancouver suburb before moving to the city to study at the University of British Columbia. After graduating, I struggled to find full-time employment in my field and had a hard time navigating life in one of the most expensive cities in the world. Craving change and more opportunity, I impulsively decided to move 4,000 kilometers away to Toronto, the largest city in Canada (and the fourth largest in North America). Although the cost of living is still high, it is six percent lower than Vancouver’s (and if you’re coming from the States, and can settle here, factor in the cost of health insurance, too). Additionally, finding a job and an apartment has been much less daunting, as has been connecting with local creative communities and finding opportunities to develop my writing.

I.
Be a Part of Canada’s Cultural, Creative, and Artistic Hub

There are enough cultural, creative, and artistic events and communities to keep a writer endlessly immersed and inspired. The Toronto International Film Festival is both a world-renowned event occurring every September that features talent from across the globe and a prestigious cultural organization offering year-round programming, workshops, lectures, and more. Toronto is home to two symphony orchestras, the National Ballet of Canada, the Canadian Opera Company, the Canadian Electronic Ensemble, and the Canadian Stage Company. During the summer, Shakespeare Under the Stars in High Park is a theater must-see. The Royal Ontario Museum, Art Gallery of Ontario, and Aga Khan Museum are three major organizations worth frequenting several times a year.

In addition to well-established creative communities, there are nonprofits and artist-run collectives powering emerging talent. Dead Poets, a series produced by Omit Limitation, brings together spoken word artists and poets under the mantra “no themes, just the philosophy of the streets.” Artscape, a not-for-profit organization, is recognized internationally for its creative placemaking, an initiative that leverages the arts, culture and creativity to develop facilities including cultural hubs, multi-purpose creative spaces, and live-and-work projects for artists. The CUE Arts Project offers grants for marginalized creators facing systemic barriers. Writers living in Toronto have access to a plethora of organizations, communities, and collectives that can empower and inspire them.

II.
Feel at Home in the World’s Most Diverse City

Toronto is often called one of the most diverse cities in the world—230 ethnic groups call it home, and over half the population was born outside of Canada. There are six Chinatowns, a Koreatown, Greektown, Little Italy, Little Portugal, Little Malta, and India Bazaar; these neighborhoods have amazing cultural events and festivals throughout the year (and are home to incredible food). Caribana—North America’s biggest street festival—happens late July to early August and celebrates Caribbean culture, bringing over 1.3 million visitors to Toronto annually. The city has one of the largest LGBT pride events in the world, and almost 25 percent of Canada’s immigrants settle in Toronto. The richness of the city’s diversity breeds inclusiveness and cross-cultural conversations.

III.
Escape to Nature for Peace of Mind

For those who want to reap the benefits of Canada’s cultural and creative offerings while having the opportunity to seek refuge in nature, Toronto has close proximity to islands, cottage country, and national parks. From Jack Layton Ferry Terminal, the quaint, vehicle-free Toronto Islands are less than 15 minutes away. Bring or rent a bike and visit the gorgeous parks and beaches to find a peaceful, quiet place to write.

If you want to head out for the weekend, cottage country is just a couple hours away in Muskoka. There are countless lakes with sleepy cottages where you can disconnect from city life, revel in nature, and write. Georgian Bay, situated on Lake Huron and home to Bruce Peninsula National Park, is four hours from Toronto. With its granite shoreline and crystal clear, cerulean blue water, it is well worth the drive. High Park, in the city’s west end, is a 161-hectare municipal park with gardens, playgrounds, a dog park, and a zoo (now famous for its truant capybaras). Whenever you need to log off and write with a notebook and pencil in the fresh air, Toronto has you covered.

Toronto is home to some of Canada’s best academic resources for emerging and experienced writers. The English department at Canada’s top university, the University of Toronto, has an M.A. in Creative Writing with critically-acclaimed writers like Rosemary Sullivan and George Elliott Clarke for professors. Ryerson University’s School of Journalism has undergraduate and graduate programs and is one of three universities supporting J-Source, the Canadian Journalism Project. Operating out of Humber College, the University of Guelph’s MFA in Creative Writing provides students with semester-long mentorships with professional writers, alliances with cultural organizations, and the opportunity to design and teach workshops in downtown Toronto schools. Humber College also has a school for writers with classes in comic scriptwriting and television writing, as well as book publishing programs, summer workshops, and correspondence classes.

There are dozens of publications with a Toronto focus, as well as those covering Canada and beyond. Additionally, several of Canada’s major book publishers—McClelland & Stewart and HarperCollins, to name a few—are based in Toronto. Whatever your niche or genre, you have access to innumerable writing and publishing opportunities. Zine fairs and small press events like Canzine, Toronto Queer Zine Fair, OCAD Zine Fair, Toronto Indie Arts Market, Word on the Street and Toronto Comic Arts Festival exist for everyone from DIY and self-publishing authors to independent magazines and small publishers.

For magazine writers, there are many options as well. There are the usual daily news outlets like the Toronto Star and the Toronto Sun, as well as less traditional publications. Shameless Magazine is an anti-oppressive magazine for women and trans youth. The Walrus, often called Canada’s New Yorker, has published the work of homegrown heroes like Margaret Atwood and Leonard Cohen. NOW magazine is an old-school alt-weekly and takes progressive angles on Toronto news and entertainment. BetaKit is Canada’s premiere startup and tech online publication. For all sorts of writers, Toronto has countless opportunities.

Deidre Olsen is a Toronto-based digital marketer and writer whose work has been published in Narratively, Brooklyn Magazine, NOW Magazine, and more.

Is the Rust Belt Ruined or in a Renaissance? And Who Gets to Say?

Interview with a Gatekeeper: Colin Dickerman Isn’t As Shy As He Thinks 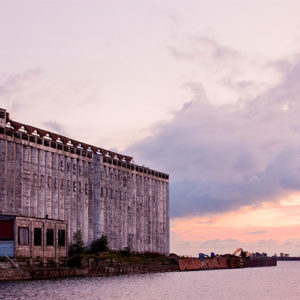 Is the Rust Belt Ruined or in a Renaissance? And Who Gets to Say?

Eager to spot a rising phoenix after the Great Recession, media outlets began looking to a part of the country they had continuously...
© LitHub
Back to top